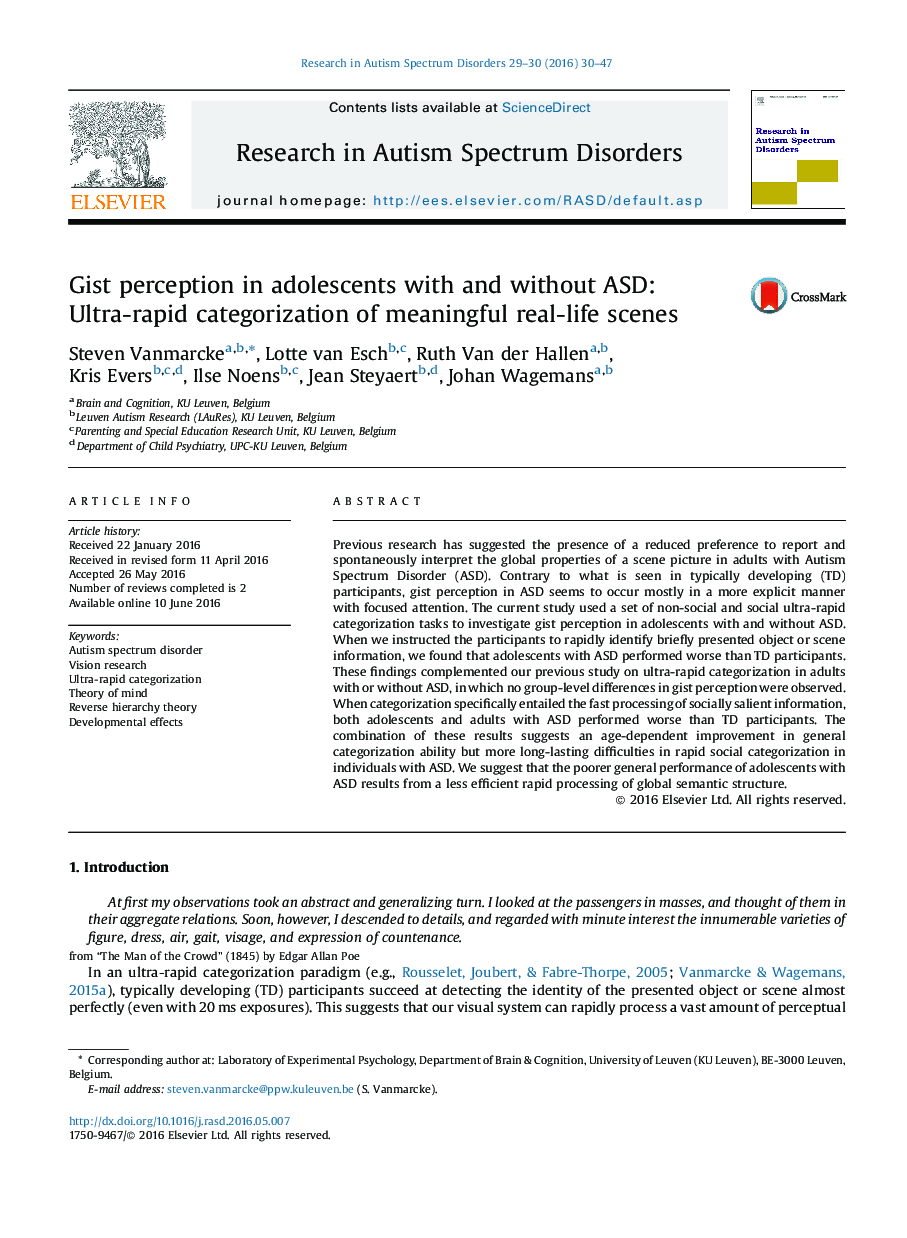 Previous research has suggested the presence of a reduced preference to report and spontaneously interpret the global properties of a scene picture in adults with Autism Spectrum Disorder (ASD). Contrary to what is seen in typically developing (TD) participants, gist perception in ASD seems to occur mostly in a more explicit manner with focused attention. The current study used a set of non-social and social ultra-rapid categorization tasks to investigate gist perception in adolescents with and without ASD. When we instructed the participants to rapidly identify briefly presented object or scene information, we found that adolescents with ASD performed worse than TD participants. These findings complemented our previous study on ultra-rapid categorization in adults with or without ASD, in which no group-level differences in gist perception were observed. When categorization specifically entailed the fast processing of socially salient information, both adolescents and adults with ASD performed worse than TD participants. The combination of these results suggests an age-dependent improvement in general categorization ability but more long-lasting difficulties in rapid social categorization in individuals with ASD. We suggest that the poorer general performance of adolescents with ASD results from a less efficient rapid processing of global semantic structure.