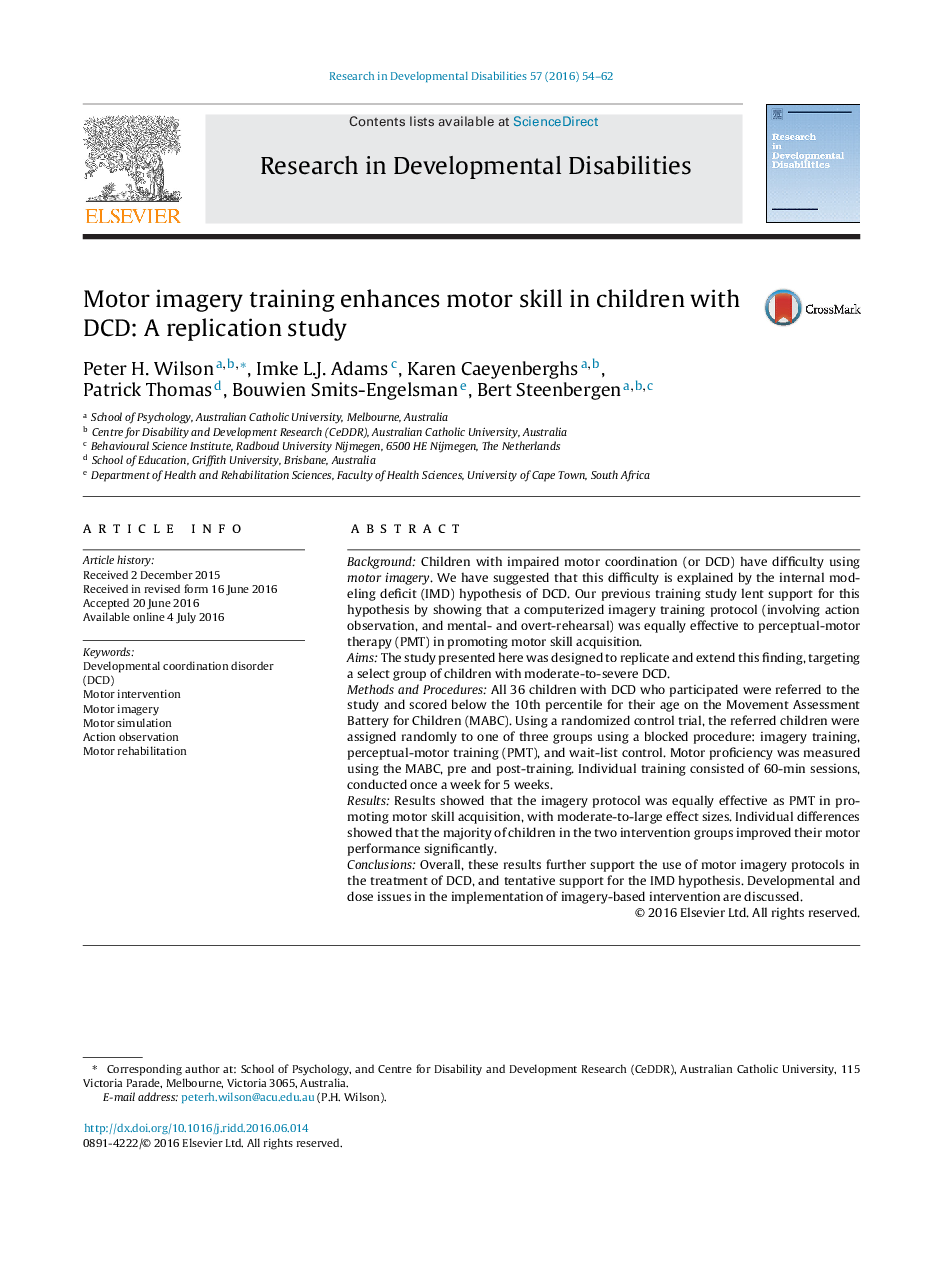 BackgroundChildren with impaired motor coordination (or DCD) have difficulty using motor imagery. We have suggested that this difficulty is explained by the internal modeling deficit (IMD) hypothesis of DCD. Our previous training study lent support for this hypothesis by showing that a computerized imagery training protocol (involving action observation, and mental- and overt-rehearsal) was equally effective to perceptual-motor therapy (PMT) in promoting motor skill acquisition.AimsThe study presented here was designed to replicate and extend this finding, targeting a select group of children with moderate-to-severe DCD.Methods and ProceduresAll 36 children with DCD who participated were referred to the study and scored below the 10th percentile for their age on the Movement Assessment Battery for Children (MABC). Using a randomized control trial, the referred children were assigned randomly to one of three groups using a blocked procedure: imagery training, perceptual-motor training (PMT), and wait-list control. Motor proficiency was measured using the MABC, pre and post-training. Individual training consisted of 60-min sessions, conducted once a week for 5 weeks.ResultsResults showed that the imagery protocol was equally effective as PMT in promoting motor skill acquisition, with moderate-to-large effect sizes. Individual differences showed that the majority of children in the two intervention groups improved their motor performance significantly.ConclusionsOverall, these results further support the use of motor imagery protocols in the treatment of DCD, and tentative support for the IMD hypothesis. Developmental and dose issues in the implementation of imagery-based intervention are discussed.