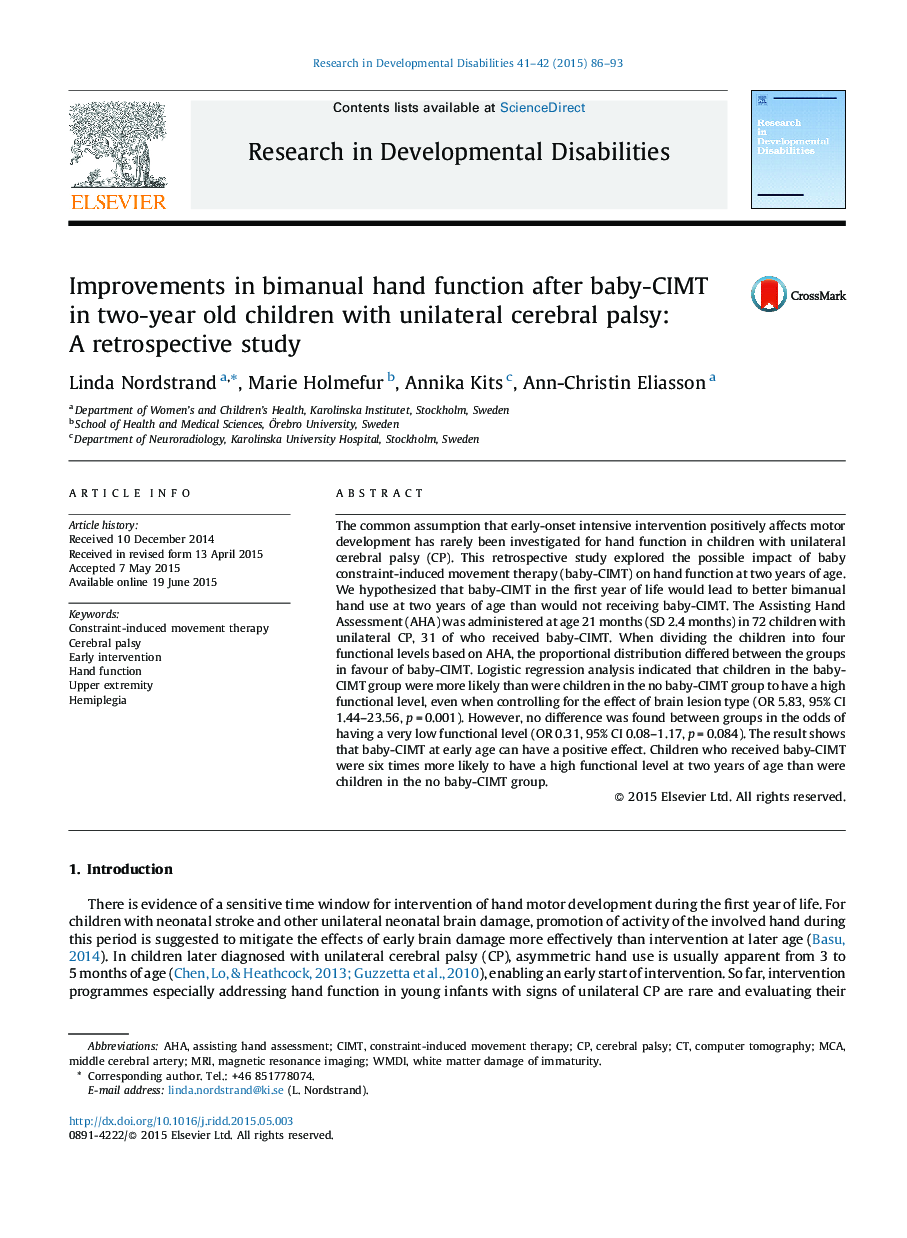 The common assumption that early-onset intensive intervention positively affects motor development has rarely been investigated for hand function in children with unilateral cerebral palsy (CP). This retrospective study explored the possible impact of baby constraint-induced movement therapy (baby-CIMT) on hand function at two years of age. We hypothesized that baby-CIMT in the first year of life would lead to better bimanual hand use at two years of age than would not receiving baby-CIMT. The Assisting Hand Assessment (AHA) was administered at age 21 months (SD 2.4 months) in 72 children with unilateral CP, 31 of who received baby-CIMT. When dividing the children into four functional levels based on AHA, the proportional distribution differed between the groups in favour of baby-CIMT. Logistic regression analysis indicated that children in the baby-CIMT group were more likely than were children in the no baby-CIMT group to have a high functional level, even when controlling for the effect of brain lesion type (OR 5.83, 95% CI 1.44–23.56, p = 0.001). However, no difference was found between groups in the odds of having a very low functional level (OR 0.31, 95% CI 0.08–1.17, p = 0.084). The result shows that baby-CIMT at early age can have a positive effect. Children who received baby-CIMT were six times more likely to have a high functional level at two years of age than were children in the no baby-CIMT group.