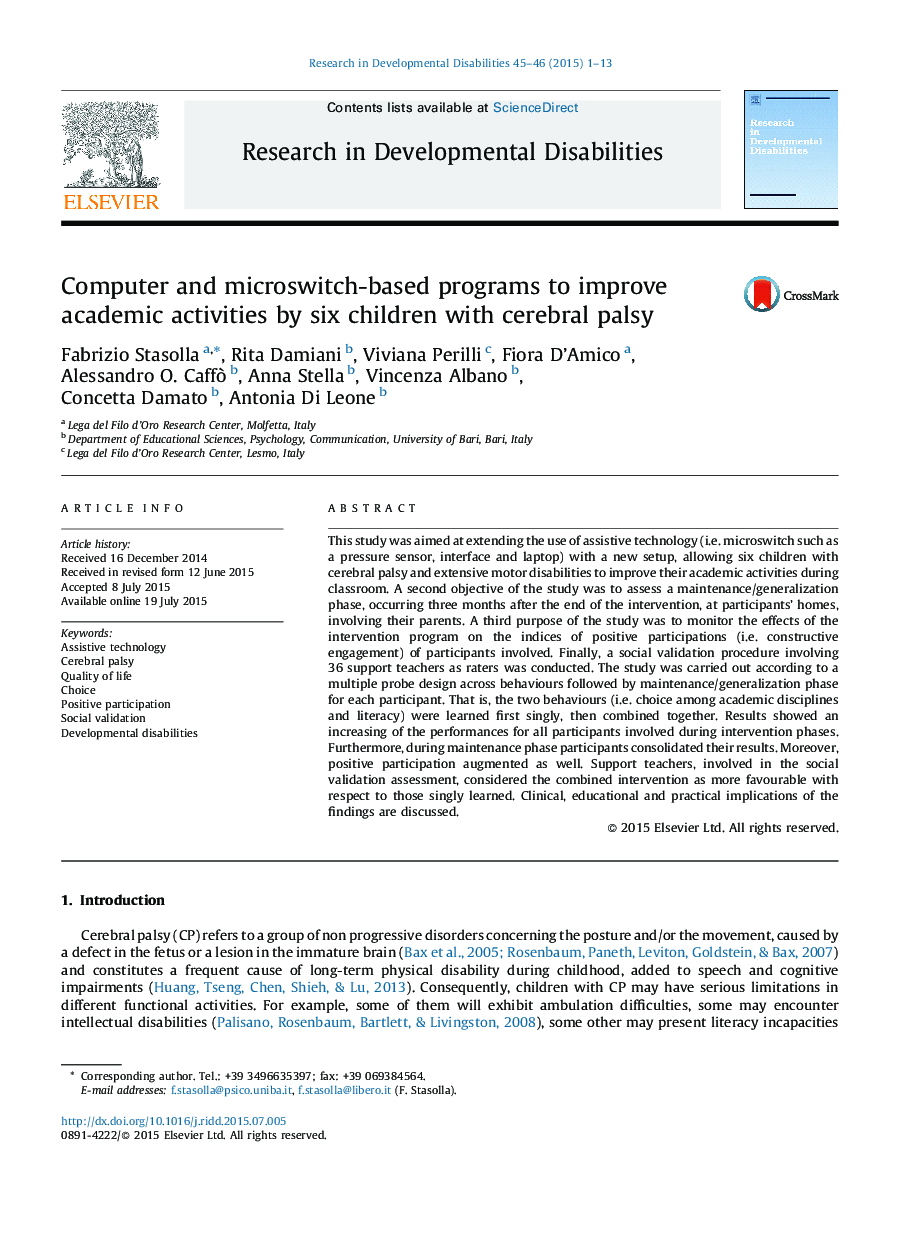 • Cerebral palsy refers to a group of non progressive disturbances in the immature brain.
• A new AT-based setup to improve academic activities by six children with CP was assessed.
• Results showed an increasing of performance by all participants involved.
• Support teachers involved in a social validation assessment formally endorsed the intervention.
• An AT-based program was useful to enhance school constructive engagement by children with CP.

This study was aimed at extending the use of assistive technology (i.e. microswitch such as a pressure sensor, interface and laptop) with a new setup, allowing six children with cerebral palsy and extensive motor disabilities to improve their academic activities during classroom. A second objective of the study was to assess a maintenance/generalization phase, occurring three months after the end of the intervention, at participants’ homes, involving their parents. A third purpose of the study was to monitor the effects of the intervention program on the indices of positive participations (i.e. constructive engagement) of participants involved. Finally, a social validation procedure involving 36 support teachers as raters was conducted. The study was carried out according to a multiple probe design across behaviours followed by maintenance/generalization phase for each participant. That is, the two behaviours (i.e. choice among academic disciplines and literacy) were learned first singly, then combined together. Results showed an increasing of the performances for all participants involved during intervention phases. Furthermore, during maintenance phase participants consolidated their results. Moreover, positive participation augmented as well. Support teachers, involved in the social validation assessment, considered the combined intervention as more favourable with respect to those singly learned. Clinical, educational and practical implications of the findings are discussed.