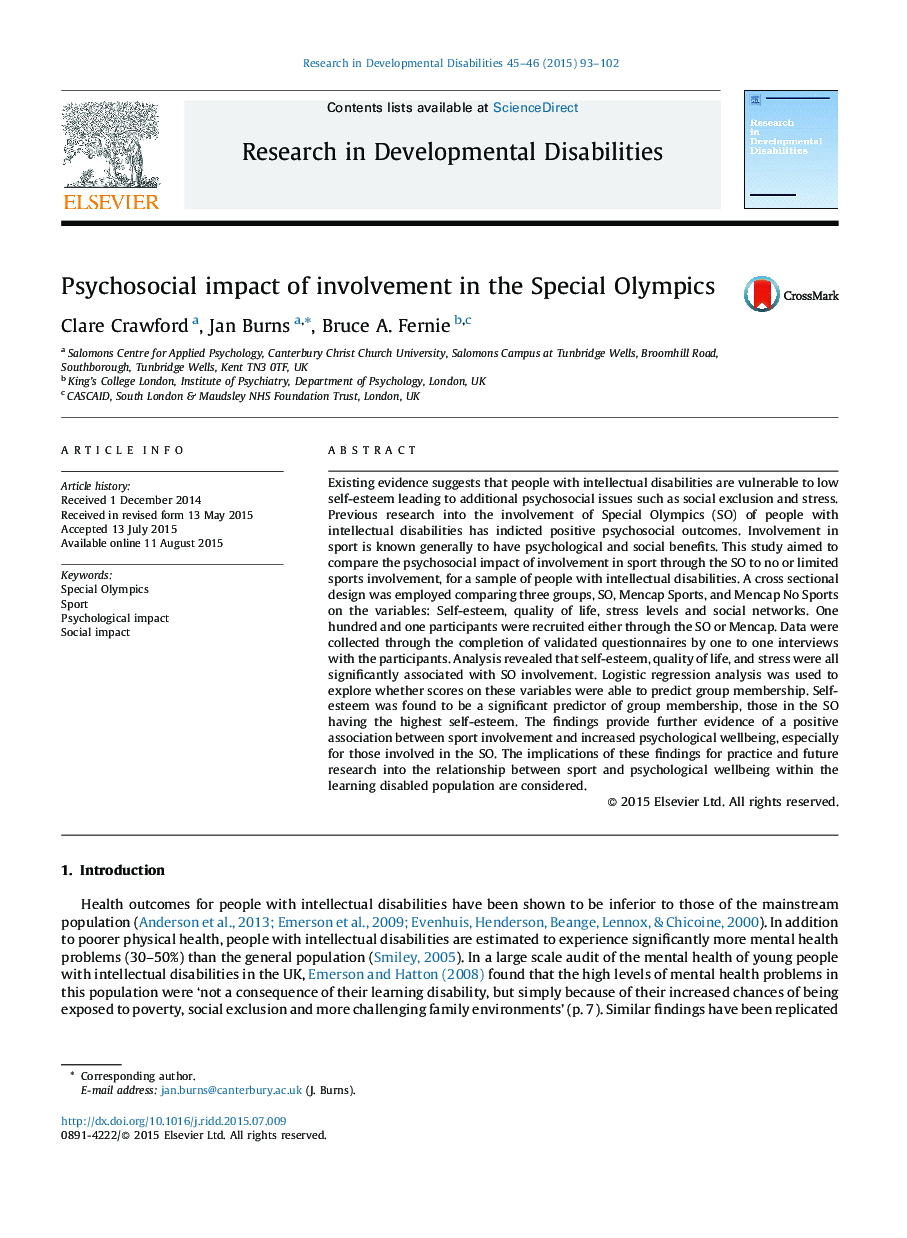 • A positive psychosocial impact was found for adults with ID involved in sport.
• This effect was greater for those involved in sport through the Special Olympics, compared to Mencap participants.
• Involvement in SO may offer additional value above the benefits of low level sports involvement.

Existing evidence suggests that people with intellectual disabilities are vulnerable to low self-esteem leading to additional psychosocial issues such as social exclusion and stress. Previous research into the involvement of Special Olympics (SO) of people with intellectual disabilities has indicted positive psychosocial outcomes. Involvement in sport is known generally to have psychological and social benefits. This study aimed to compare the psychosocial impact of involvement in sport through the SO to no or limited sports involvement, for a sample of people with intellectual disabilities. A cross sectional design was employed comparing three groups, SO, Mencap Sports, and Mencap No Sports on the variables: Self-esteem, quality of life, stress levels and social networks. One hundred and one participants were recruited either through the SO or Mencap. Data were collected through the completion of validated questionnaires by one to one interviews with the participants. Analysis revealed that self-esteem, quality of life, and stress were all significantly associated with SO involvement. Logistic regression analysis was used to explore whether scores on these variables were able to predict group membership. Self-esteem was found to be a significant predictor of group membership, those in the SO having the highest self-esteem. The findings provide further evidence of a positive association between sport involvement and increased psychological wellbeing, especially for those involved in the SO. The implications of these findings for practice and future research into the relationship between sport and psychological wellbeing within the learning disabled population are considered.