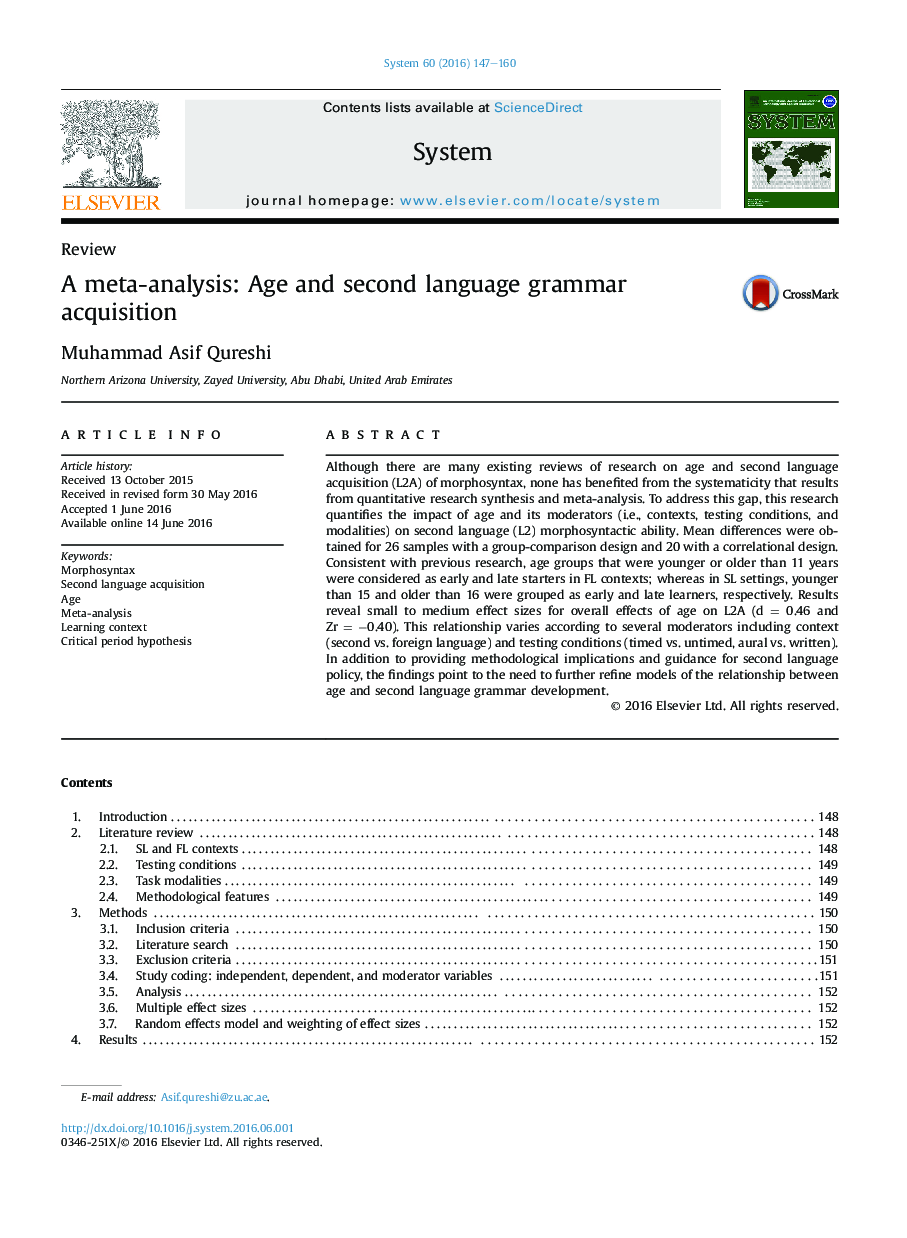 Although there are many existing reviews of research on age and second language acquisition (L2A) of morphosyntax, none has benefited from the systematicity that results from quantitative research synthesis and meta-analysis. To address this gap, this research quantifies the impact of age and its moderators (i.e., contexts, testing conditions, and modalities) on second language (L2) morphosyntactic ability. Mean differences were obtained for 26 samples with a group-comparison design and 20 with a correlational design. Consistent with previous research, age groups that were younger or older than 11 years were considered as early and late starters in FL contexts; whereas in SL settings, younger than 15 and older than 16 were grouped as early and late learners, respectively. Results reveal small to medium effect sizes for overall effects of age on L2A (d = 0.46 and Zr = −0.40). This relationship varies according to several moderators including context (second vs. foreign language) and testing conditions (timed vs. untimed, aural vs. written). In addition to providing methodological implications and guidance for second language policy, the findings point to the need to further refine models of the relationship between age and second language grammar development.