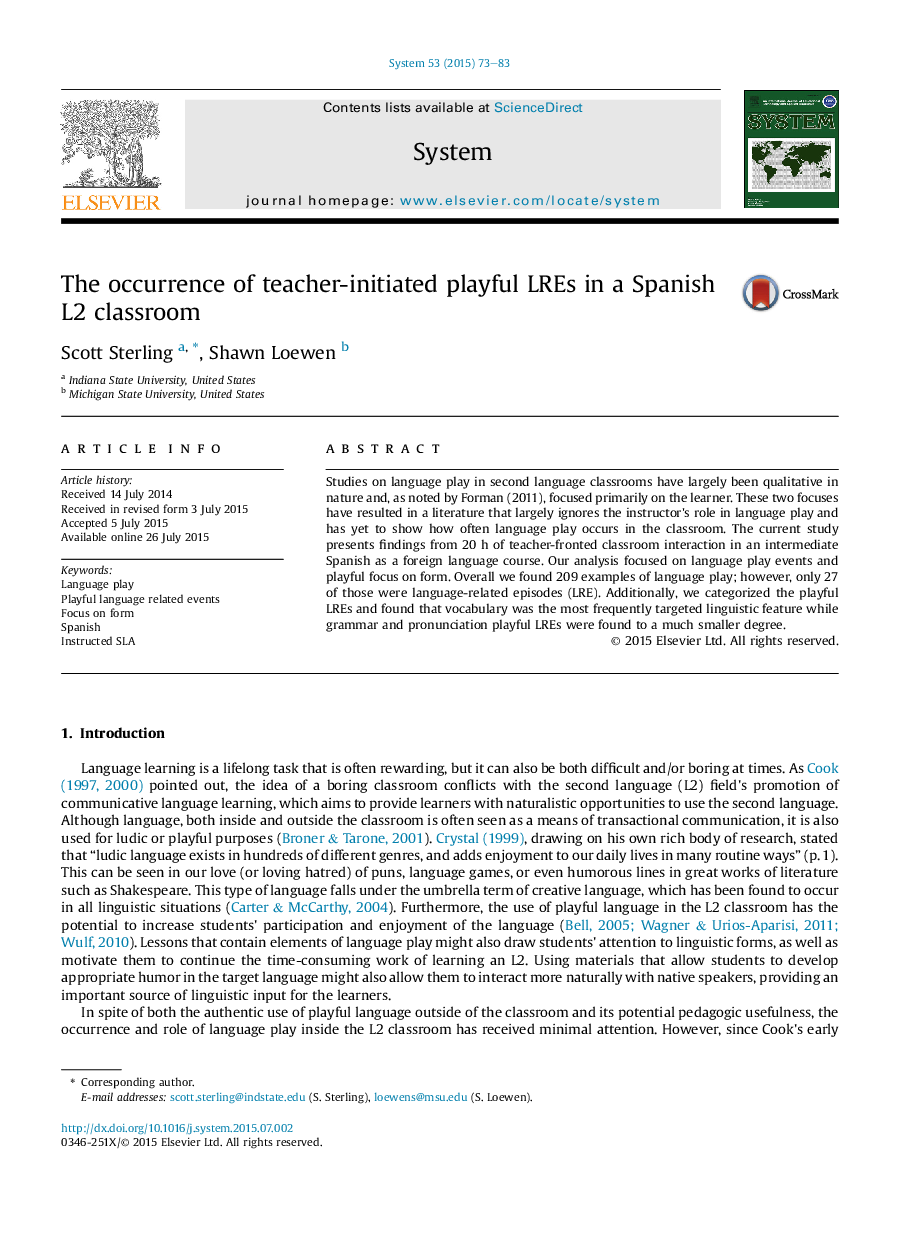 Studies on language play in second language classrooms have largely been qualitative in nature and, as noted by Forman (2011), focused primarily on the learner. These two focuses have resulted in a literature that largely ignores the instructor's role in language play and has yet to show how often language play occurs in the classroom. The current study presents findings from 20 h of teacher-fronted classroom interaction in an intermediate Spanish as a foreign language course. Our analysis focused on language play events and playful focus on form. Overall we found 209 examples of language play; however, only 27 of those were language-related episodes (LRE). Additionally, we categorized the playful LREs and found that vocabulary was the most frequently targeted linguistic feature while grammar and pronunciation playful LREs were found to a much smaller degree.