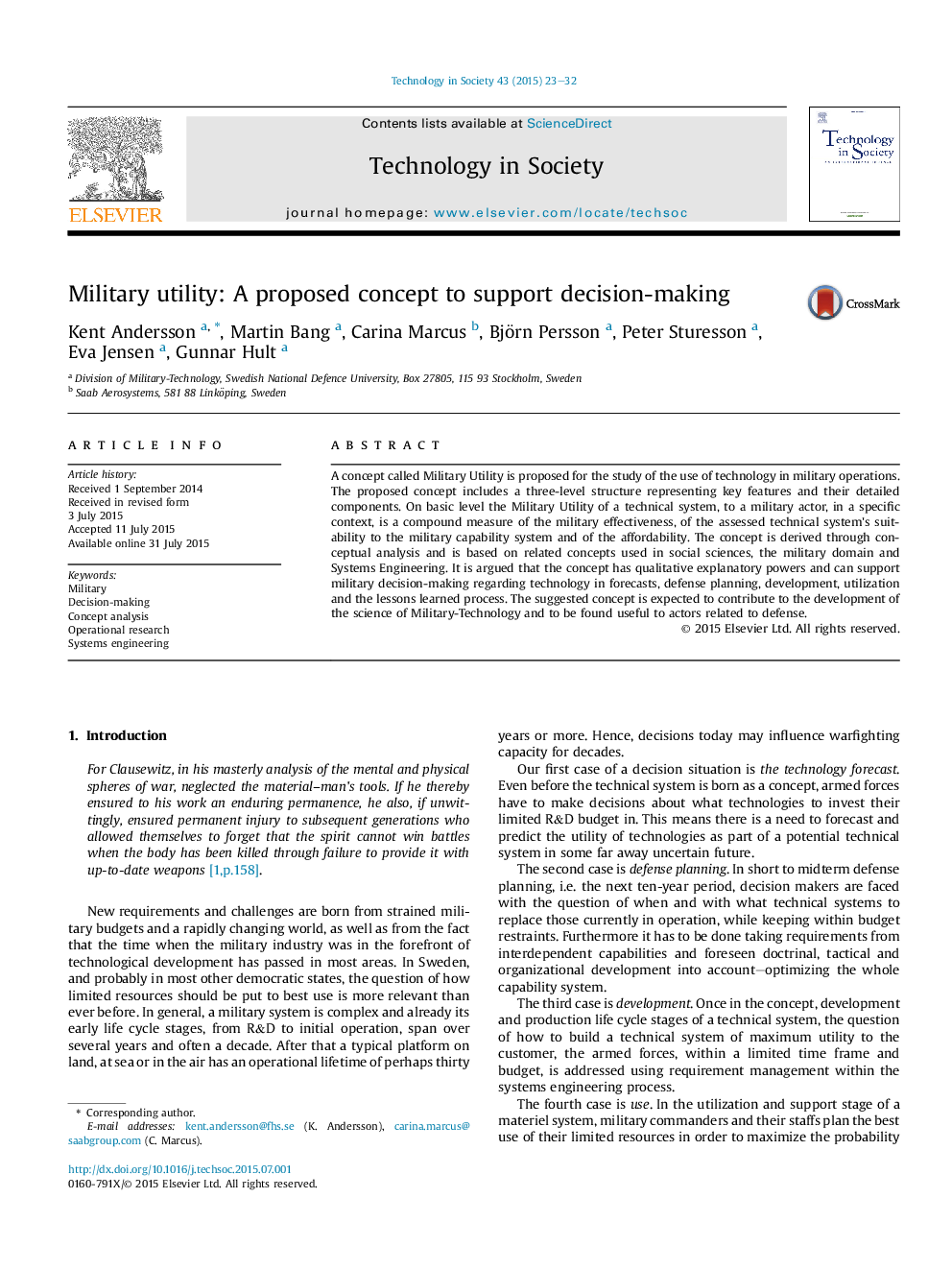 • A concept for “Military Utility” to support decision-making is defined and proposed.
• It increases the understanding for how military capabilities are affected by technology use and development.
• It can be used for both qualitative and quantitative assessments.

A concept called Military Utility is proposed for the study of the use of technology in military operations. The proposed concept includes a three-level structure representing key features and their detailed components. On basic level the Military Utility of a technical system, to a military actor, in a specific context, is a compound measure of the military effectiveness, of the assessed technical system's suitability to the military capability system and of the affordability. The concept is derived through conceptual analysis and is based on related concepts used in social sciences, the military domain and Systems Engineering. It is argued that the concept has qualitative explanatory powers and can support military decision-making regarding technology in forecasts, defense planning, development, utilization and the lessons learned process. The suggested concept is expected to contribute to the development of the science of Military-Technology and to be found useful to actors related to defense.