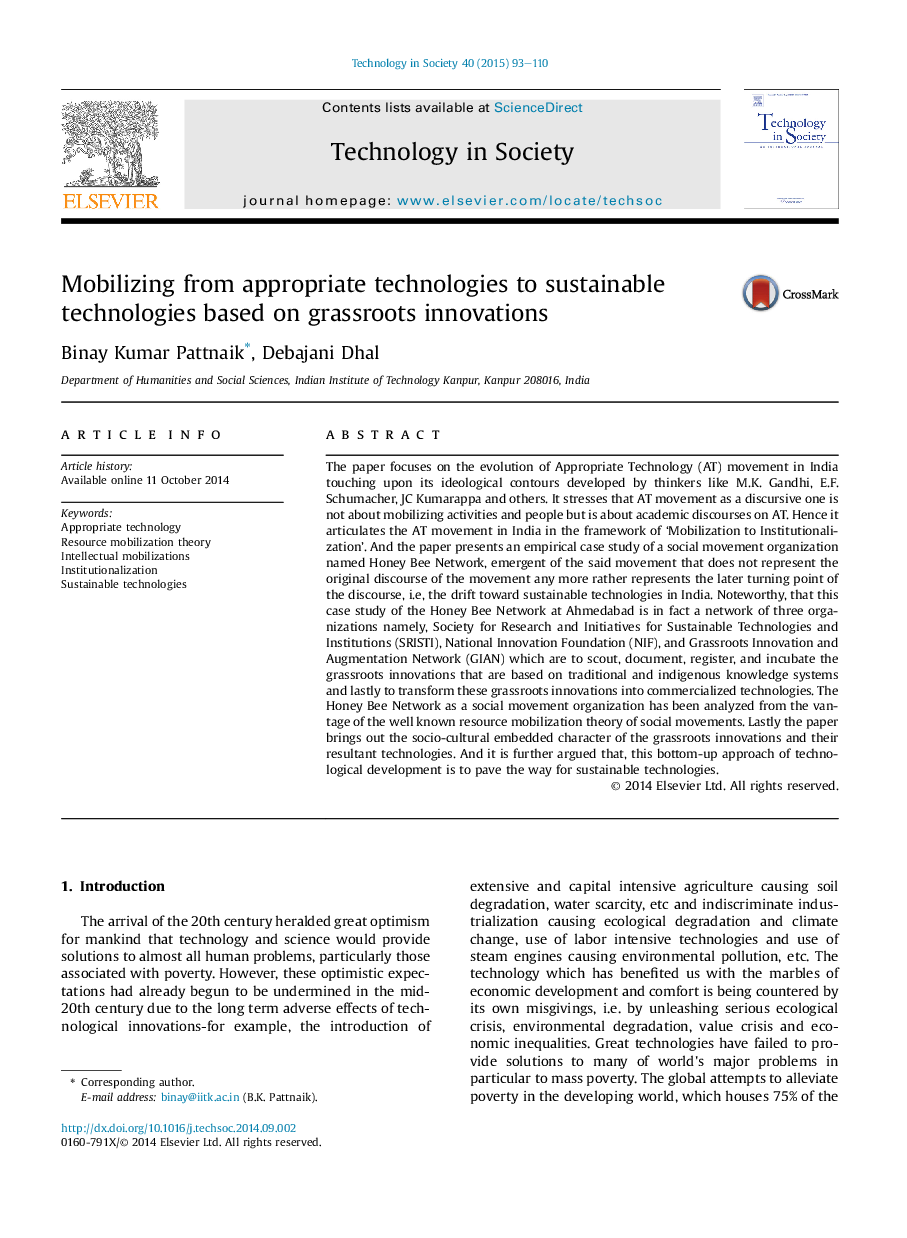 • The concept of Appropriate Technology (AT) and its historic relevance to the developing countries.
• The evolution and culmination of appropriate technology as a discursive movement in India.
• The live case study of a social movement organization named Honey Bee Network (HBN).
• HBN as the turning point of the AT discourse, i.e, drift toward sustainable technologies in India.
• Participatory & embedded character of the grassroots innovations make their technologies sustainable.

The paper focuses on the evolution of Appropriate Technology (AT) movement in India touching upon its ideological contours developed by thinkers like M.K. Gandhi, E.F. Schumacher, JC Kumarappa and others. It stresses that AT movement as a discursive one is not about mobilizing activities and people but is about academic discourses on AT. Hence it articulates the AT movement in India in the framework of ‘Mobilization to Institutionalization’. And the paper presents an empirical case study of a social movement organization named Honey Bee Network, emergent of the said movement that does not represent the original discourse of the movement any more rather represents the later turning point of the discourse, i.e, the drift toward sustainable technologies in India. Noteworthy, that this case study of the Honey Bee Network at Ahmedabad is in fact a network of three organizations namely, Society for Research and Initiatives for Sustainable Technologies and Institutions (SRISTI), National Innovation Foundation (NIF), and Grassroots Innovation and Augmentation Network (GIAN) which are to scout, document, register, and incubate the grassroots innovations that are based on traditional and indigenous knowledge systems and lastly to transform these grassroots innovations into commercialized technologies. The Honey Bee Network as a social movement organization has been analyzed from the vantage of the well known resource mobilization theory of social movements. Lastly the paper brings out the socio-cultural embedded character of the grassroots innovations and their resultant technologies. And it is further argued that, this bottom-up approach of technological development is to pave the way for sustainable technologies.