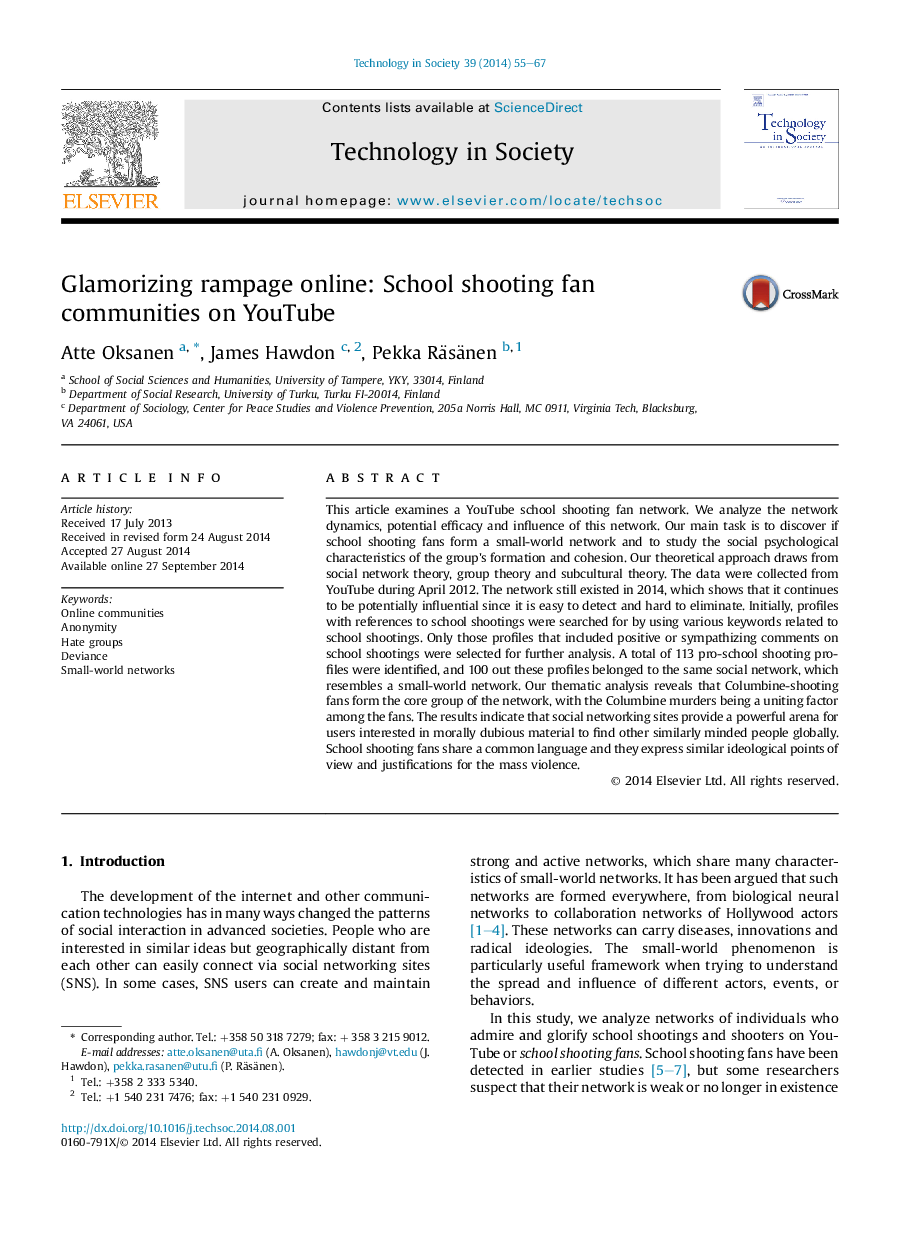 This article examines a YouTube school shooting fan network. We analyze the network dynamics, potential efficacy and influence of this network. Our main task is to discover if school shooting fans form a small-world network and to study the social psychological characteristics of the group's formation and cohesion. Our theoretical approach draws from social network theory, group theory and subcultural theory. The data were collected from YouTube during April 2012. The network still existed in 2014, which shows that it continues to be potentially influential since it is easy to detect and hard to eliminate. Initially, profiles with references to school shootings were searched for by using various keywords related to school shootings. Only those profiles that included positive or sympathizing comments on school shootings were selected for further analysis. A total of 113 pro-school shooting profiles were identified, and 100 out these profiles belonged to the same social network, which resembles a small-world network. Our thematic analysis reveals that Columbine-shooting fans form the core group of the network, with the Columbine murders being a uniting factor among the fans. The results indicate that social networking sites provide a powerful arena for users interested in morally dubious material to find other similarly minded people globally. School shooting fans share a common language and they express similar ideological points of view and justifications for the mass violence.