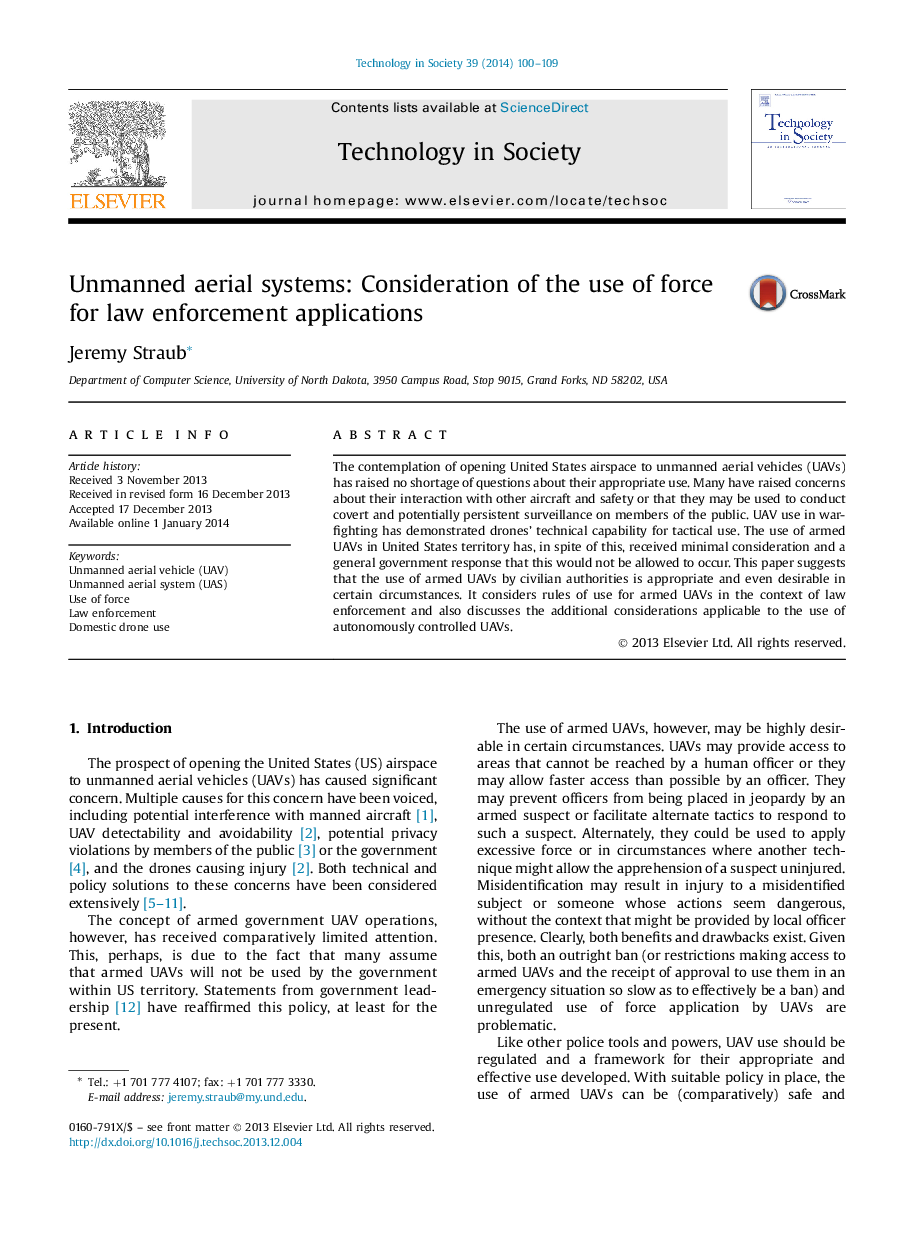 The contemplation of opening United States airspace to unmanned aerial vehicles (UAVs) has raised no shortage of questions about their appropriate use. Many have raised concerns about their interaction with other aircraft and safety or that they may be used to conduct covert and potentially persistent surveillance on members of the public. UAV use in warfighting has demonstrated drones' technical capability for tactical use. The use of armed UAVs in United States territory has, in spite of this, received minimal consideration and a general government response that this would not be allowed to occur. This paper suggests that the use of armed UAVs by civilian authorities is appropriate and even desirable in certain circumstances. It considers rules of use for armed UAVs in the context of law enforcement and also discusses the additional considerations applicable to the use of autonomously controlled UAVs.