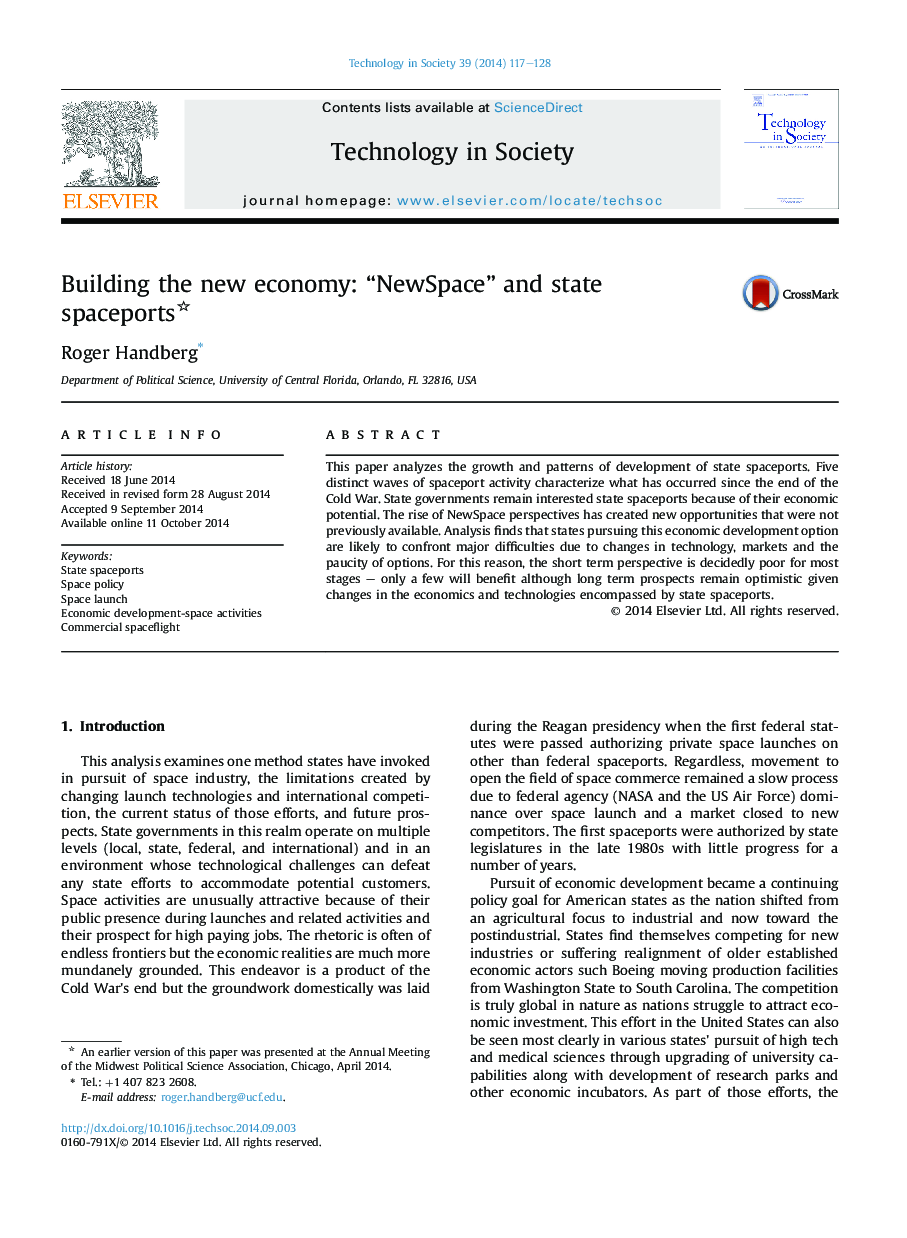 This paper analyzes the growth and patterns of development of state spaceports. Five distinct waves of spaceport activity characterize what has occurred since the end of the Cold War. State governments remain interested state spaceports because of their economic potential. The rise of NewSpace perspectives has created new opportunities that were not previously available. Analysis finds that states pursuing this economic development option are likely to confront major difficulties due to changes in technology, markets and the paucity of options. For this reason, the short term perspective is decidedly poor for most stages – only a few will benefit although long term prospects remain optimistic given changes in the economics and technologies encompassed by state spaceports.