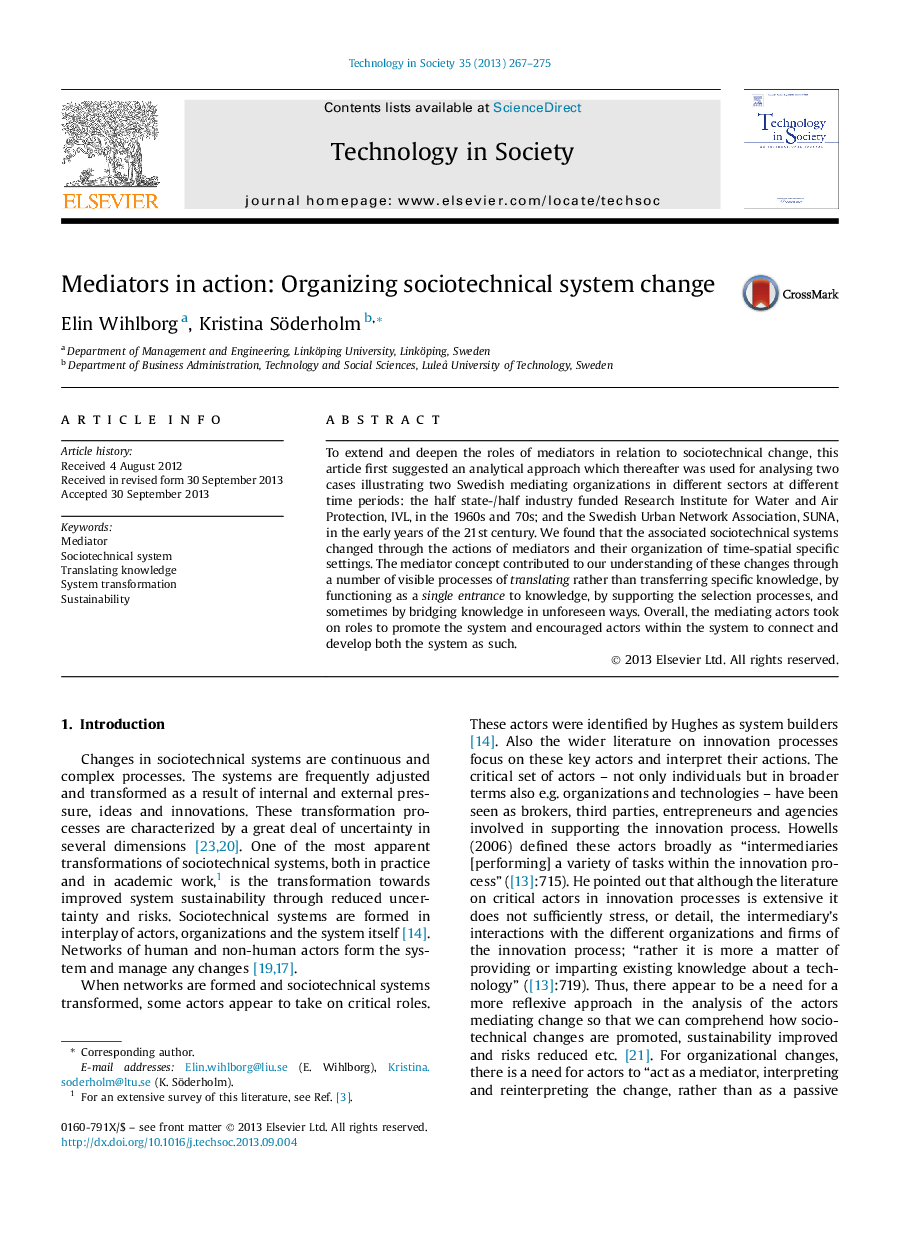 To extend and deepen the roles of mediators in relation to sociotechnical change, this article first suggested an analytical approach which thereafter was used for analysing two cases illustrating two Swedish mediating organizations in different sectors at different time periods: the half state-/half industry funded Research Institute for Water and Air Protection, IVL, in the 1960s and 70s; and the Swedish Urban Network Association, SUNA, in the early years of the 21st century. We found that the associated sociotechnical systems changed through the actions of mediators and their organization of time-spatial specific settings. The mediator concept contributed to our understanding of these changes through a number of visible processes of translating rather than transferring specific knowledge, by functioning as a single entrance to knowledge, by supporting the selection processes, and sometimes by bridging knowledge in unforeseen ways. Overall, the mediating actors took on roles to promote the system and encouraged actors within the system to connect and develop both the system as such.