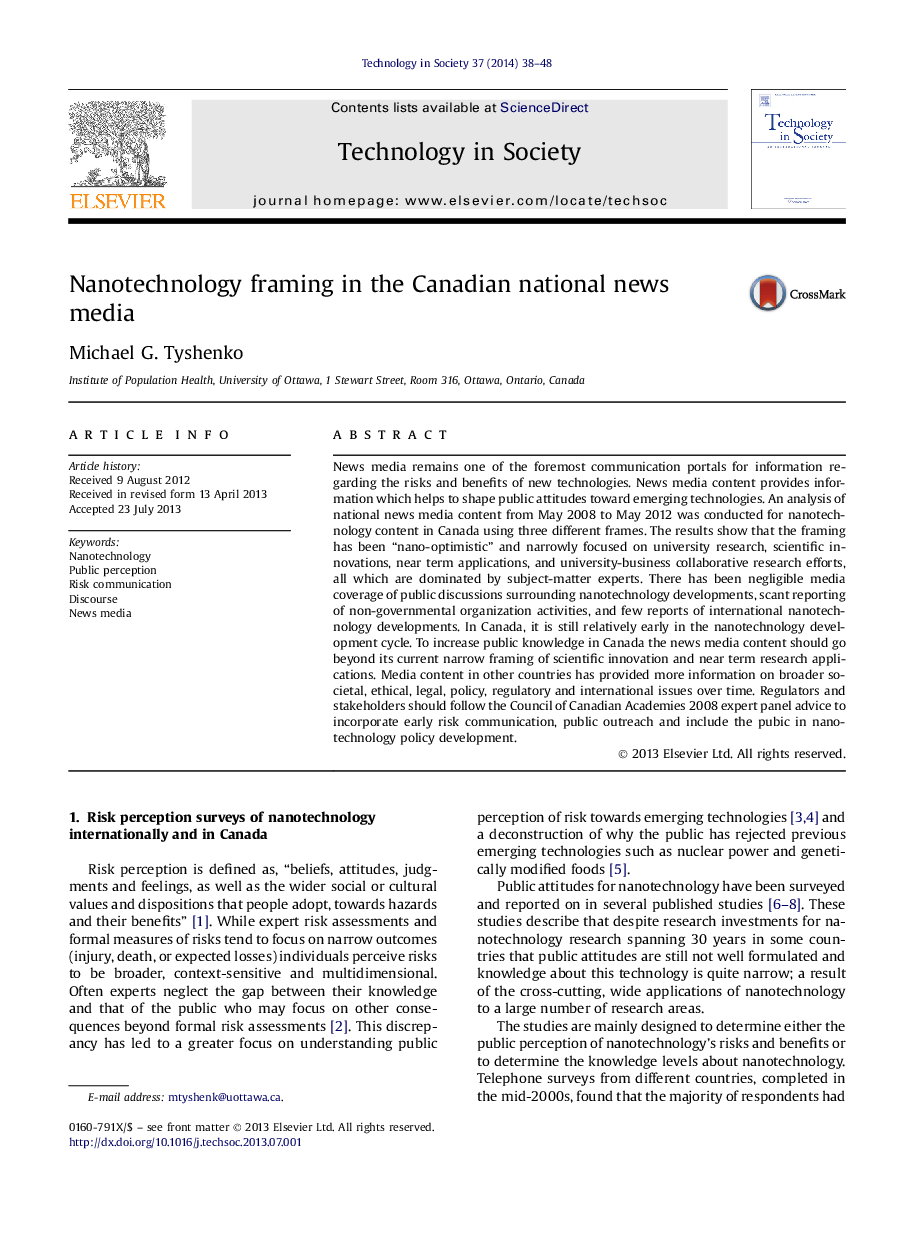 • Canadian national news media content was analyzed from May 2008 to May 2012 using three different nanotechnology frames.
• The framing has been “nano-optimistic”, focusing on near-term applications and university research efforts.
• No reporting of public discourse regarding the issues surrounding nanotechnology has occurred to any significant degree.

News media remains one of the foremost communication portals for information regarding the risks and benefits of new technologies. News media content provides information which helps to shape public attitudes toward emerging technologies. An analysis of national news media content from May 2008 to May 2012 was conducted for nanotechnology content in Canada using three different frames. The results show that the framing has been “nano-optimistic” and narrowly focused on university research, scientific innovations, near term applications, and university-business collaborative research efforts, all which are dominated by subject-matter experts. There has been negligible media coverage of public discussions surrounding nanotechnology developments, scant reporting of non-governmental organization activities, and few reports of international nanotechnology developments. In Canada, it is still relatively early in the nanotechnology development cycle. To increase public knowledge in Canada the news media content should go beyond its current narrow framing of scientific innovation and near term research applications. Media content in other countries has provided more information on broader societal, ethical, legal, policy, regulatory and international issues over time. Regulators and stakeholders should follow the Council of Canadian Academies 2008 expert panel advice to incorporate early risk communication, public outreach and include the pubic in nanotechnology policy development.