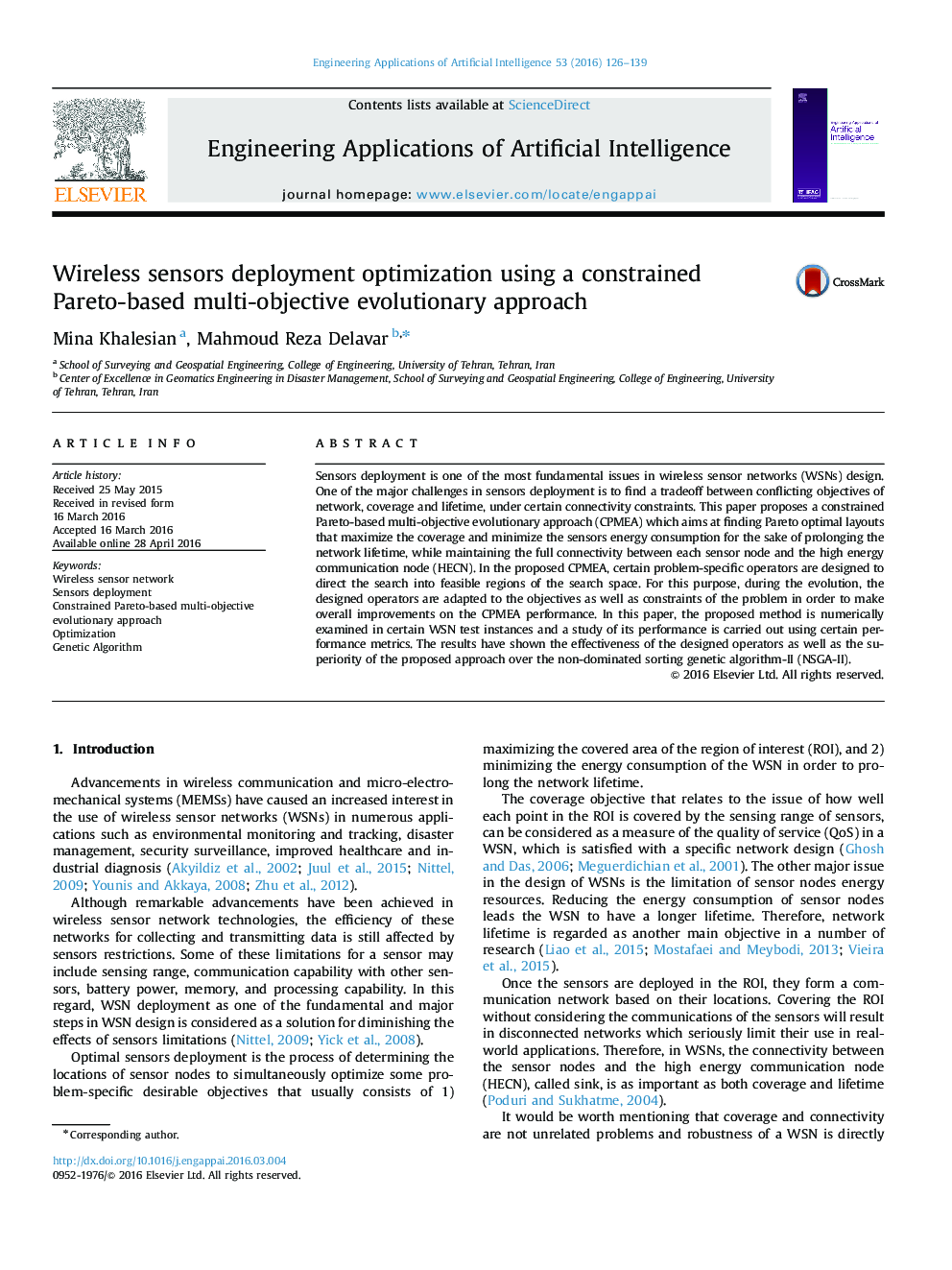 Sensors deployment is one of the most fundamental issues in wireless sensor networks (WSNs) design. One of the major challenges in sensors deployment is to find a tradeoff between conflicting objectives of network, coverage and lifetime, under certain connectivity constraints. This paper proposes a constrained Pareto-based multi-objective evolutionary approach (CPMEA) which aims at finding Pareto optimal layouts that maximize the coverage and minimize the sensors energy consumption for the sake of prolonging the network lifetime, while maintaining the full connectivity between each sensor node and the high energy communication node (HECN). In the proposed CPMEA, certain problem-specific operators are designed to direct the search into feasible regions of the search space. For this purpose, during the evolution, the designed operators are adapted to the objectives as well as constraints of the problem in order to make overall improvements on the CPMEA performance. In this paper, the proposed method is numerically examined in certain WSN test instances and a study of its performance is carried out using certain performance metrics. The results have shown the effectiveness of the designed operators as well as the superiority of the proposed approach over the non-dominated sorting genetic algorithm-II (NSGA-II).