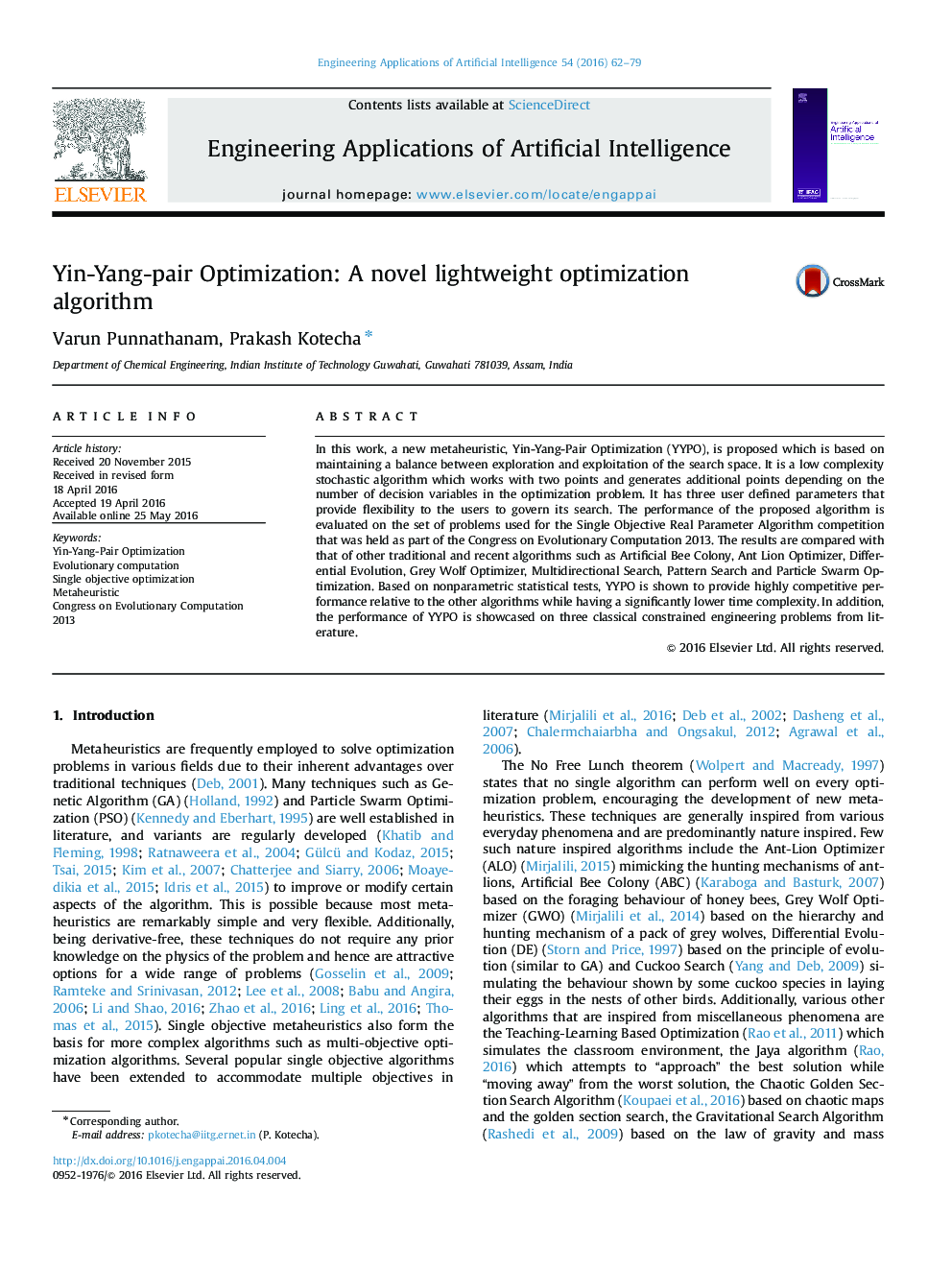 In this work, a new metaheuristic, Yin-Yang-Pair Optimization (YYPO), is proposed which is based on maintaining a balance between exploration and exploitation of the search space. It is a low complexity stochastic algorithm which works with two points and generates additional points depending on the number of decision variables in the optimization problem. It has three user defined parameters that provide flexibility to the users to govern its search. The performance of the proposed algorithm is evaluated on the set of problems used for the Single Objective Real Parameter Algorithm competition that was held as part of the Congress on Evolutionary Computation 2013. The results are compared with that of other traditional and recent algorithms such as Artificial Bee Colony, Ant Lion Optimizer, Differential Evolution, Grey Wolf Optimizer, Multidirectional Search, Pattern Search and Particle Swarm Optimization. Based on nonparametric statistical tests, YYPO is shown to provide highly competitive performance relative to the other algorithms while having a significantly lower time complexity. In addition, the performance of YYPO is showcased on three classical constrained engineering problems from literature.