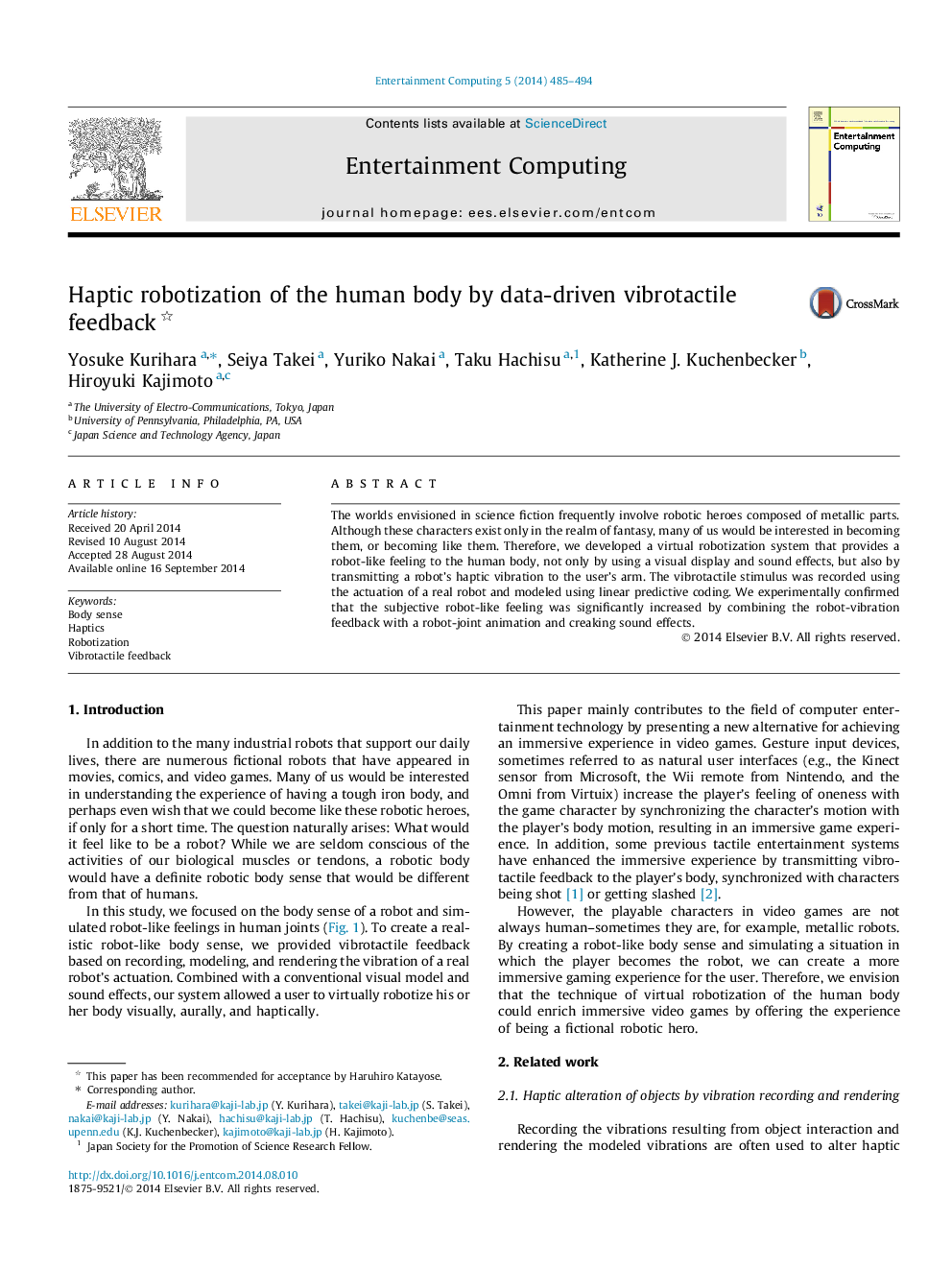 The worlds envisioned in science fiction frequently involve robotic heroes composed of metallic parts. Although these characters exist only in the realm of fantasy, many of us would be interested in becoming them, or becoming like them. Therefore, we developed a virtual robotization system that provides a robot-like feeling to the human body, not only by using a visual display and sound effects, but also by transmitting a robot’s haptic vibration to the user’s arm. The vibrotactile stimulus was recorded using the actuation of a real robot and modeled using linear predictive coding. We experimentally confirmed that the subjective robot-like feeling was significantly increased by combining the robot-vibration feedback with a robot-joint animation and creaking sound effects.