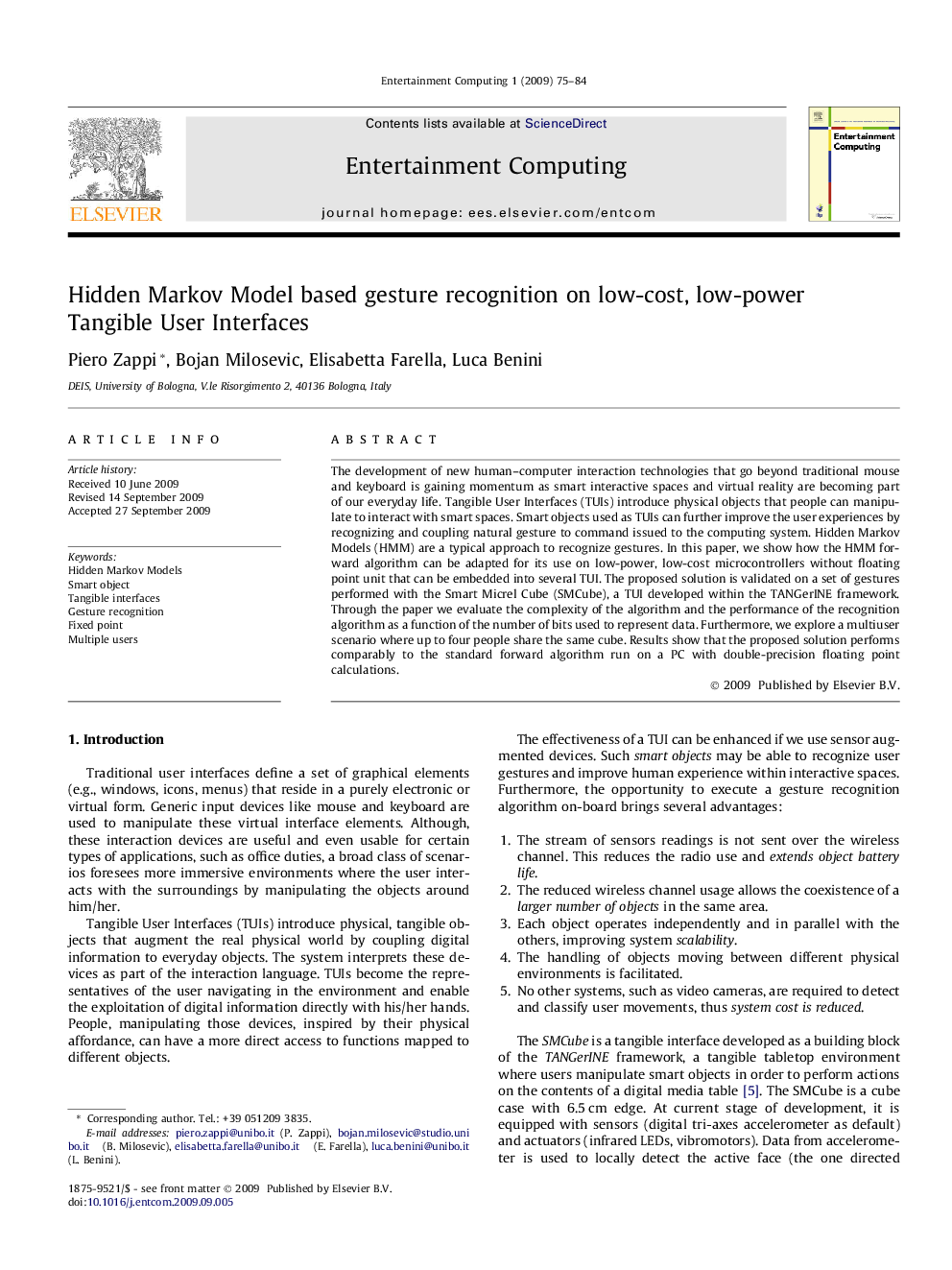 The development of new human–computer interaction technologies that go beyond traditional mouse and keyboard is gaining momentum as smart interactive spaces and virtual reality are becoming part of our everyday life. Tangible User Interfaces (TUIs) introduce physical objects that people can manipulate to interact with smart spaces. Smart objects used as TUIs can further improve the user experiences by recognizing and coupling natural gesture to command issued to the computing system. Hidden Markov Models (HMM) are a typical approach to recognize gestures. In this paper, we show how the HMM forward algorithm can be adapted for its use on low-power, low-cost microcontrollers without floating point unit that can be embedded into several TUI. The proposed solution is validated on a set of gestures performed with the Smart Micrel Cube (SMCube), a TUI developed within the TANGerINE framework. Through the paper we evaluate the complexity of the algorithm and the performance of the recognition algorithm as a function of the number of bits used to represent data. Furthermore, we explore a multiuser scenario where up to four people share the same cube. Results show that the proposed solution performs comparably to the standard forward algorithm run on a PC with double-precision floating point calculations.