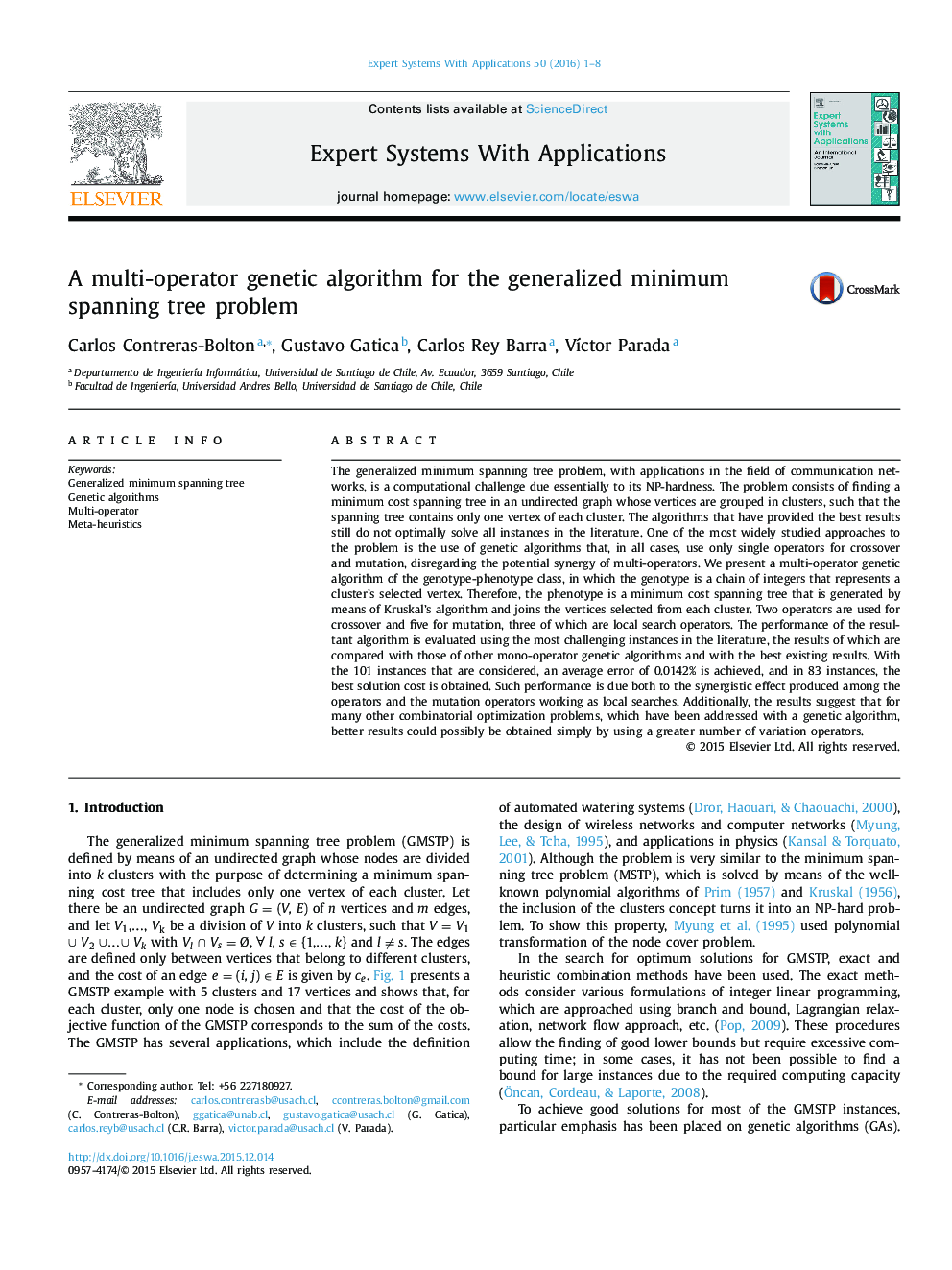 • We propose a multi-operator genetic algorithm for the generalized MST problem.
• Two operators are used for the crossover and five for the mutation.
• A synergic effect emerges from the multi-operator approach.
• An average error of 0.01% was achieved for the 101 most challenging instances.

The generalized minimum spanning tree problem, with applications in the field of communication networks, is a computational challenge due essentially to its NP-hardness. The problem consists of finding a minimum cost spanning tree in an undirected graph whose vertices are grouped in clusters, such that the spanning tree contains only one vertex of each cluster. The algorithms that have provided the best results still do not optimally solve all instances in the literature. One of the most widely studied approaches to the problem is the use of genetic algorithms that, in all cases, use only single operators for crossover and mutation, disregarding the potential synergy of multi-operators. We present a multi-operator genetic algorithm of the genotype-phenotype class, in which the genotype is a chain of integers that represents a cluster's selected vertex. Therefore, the phenotype is a minimum cost spanning tree that is generated by means of Kruskal's algorithm and joins the vertices selected from each cluster. Two operators are used for crossover and five for mutation, three of which are local search operators. The performance of the resultant algorithm is evaluated using the most challenging instances in the literature, the results of which are compared with those of other mono-operator genetic algorithms and with the best existing results. With the 101 instances that are considered, an average error of 0.0142% is achieved, and in 83 instances, the best solution cost is obtained. Such performance is due both to the synergistic effect produced among the operators and the mutation operators working as local searches. Additionally, the results suggest that for many other combinatorial optimization problems, which have been addressed with a genetic algorithm, better results could possibly be obtained simply by using a greater number of variation operators.