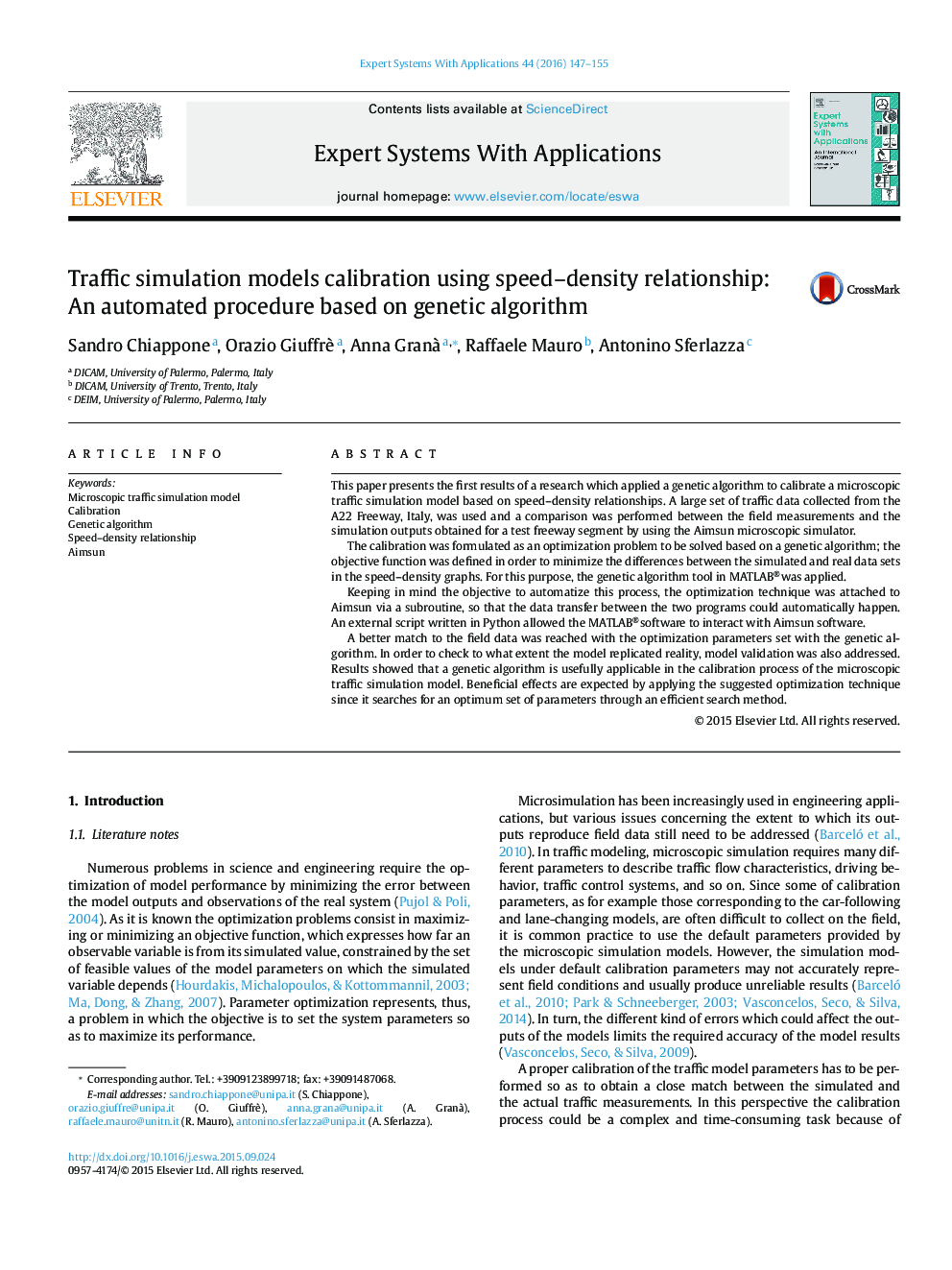 This paper presents the first results of a research which applied a genetic algorithm to calibrate a microscopic traffic simulation model based on speed–density relationships. A large set of traffic data collected from the A22 Freeway, Italy, was used and a comparison was performed between the field measurements and the simulation outputs obtained for a test freeway segment by using the Aimsun microscopic simulator.The calibration was formulated as an optimization problem to be solved based on a genetic algorithm; the objective function was defined in order to minimize the differences between the simulated and real data sets in the speed–density graphs. For this purpose, the genetic algorithm tool in MATLAB®was applied.Keeping in mind the objective to automatize this process, the optimization technique was attached to Aimsun via a subroutine, so that the data transfer between the two programs could automatically happen. An external script written in Python allowed the MATLAB®software to interact with Aimsun software.A better match to the field data was reached with the optimization parameters set with the genetic algorithm. In order to check to what extent the model replicated reality, model validation was also addressed. Results showed that a genetic algorithm is usefully applicable in the calibration process of the microscopic traffic simulation model. Beneficial effects are expected by applying the suggested optimization technique since it searches for an optimum set of parameters through an efficient search method.