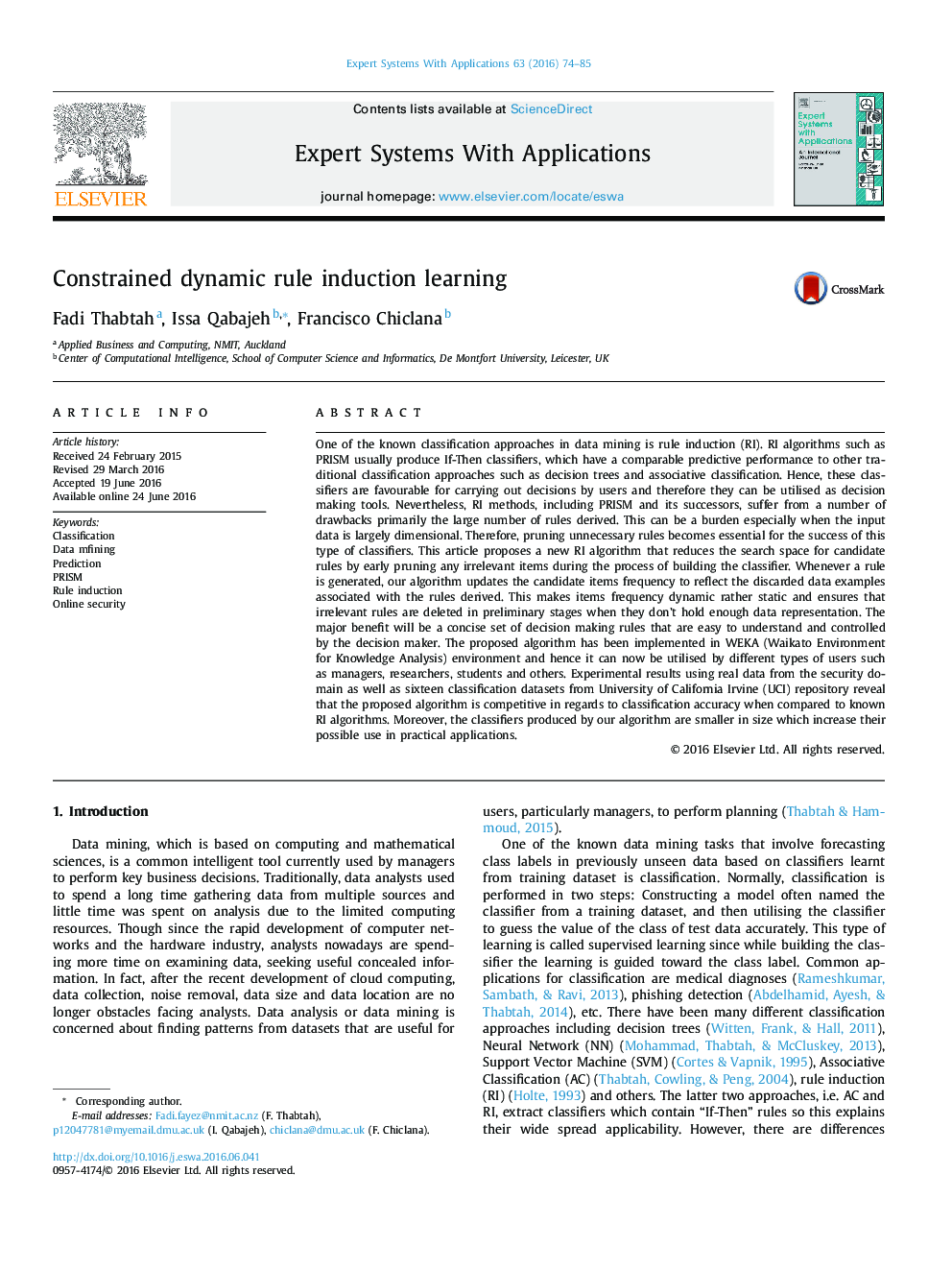 One of the known classification approaches in data mining is rule induction (RI). RI algorithms such as PRISM usually produce If-Then classifiers, which have a comparable predictive performance to other traditional classification approaches such as decision trees and associative classification. Hence, these classifiers are favourable for carrying out decisions by users and therefore they can be utilised as decision making tools. Nevertheless, RI methods, including PRISM and its successors, suffer from a number of drawbacks primarily the large number of rules derived. This can be a burden especially when the input data is largely dimensional. Therefore, pruning unnecessary rules becomes essential for the success of this type of classifiers. This article proposes a new RI algorithm that reduces the search space for candidate rules by early pruning any irrelevant items during the process of building the classifier. Whenever a rule is generated, our algorithm updates the candidate items frequency to reflect the discarded data examples associated with the rules derived. This makes items frequency dynamic rather static and ensures that irrelevant rules are deleted in preliminary stages when they don't hold enough data representation. The major benefit will be a concise set of decision making rules that are easy to understand and controlled by the decision maker. The proposed algorithm has been implemented in WEKA (Waikato Environment for Knowledge Analysis) environment and hence it can now be utilised by different types of users such as managers, researchers, students and others. Experimental results using real data from the security domain as well as sixteen classification datasets from University of California Irvine (UCI) repository reveal that the proposed algorithm is competitive in regards to classification accuracy when compared to known RI algorithms. Moreover, the classifiers produced by our algorithm are smaller in size which increase their possible use in practical applications.