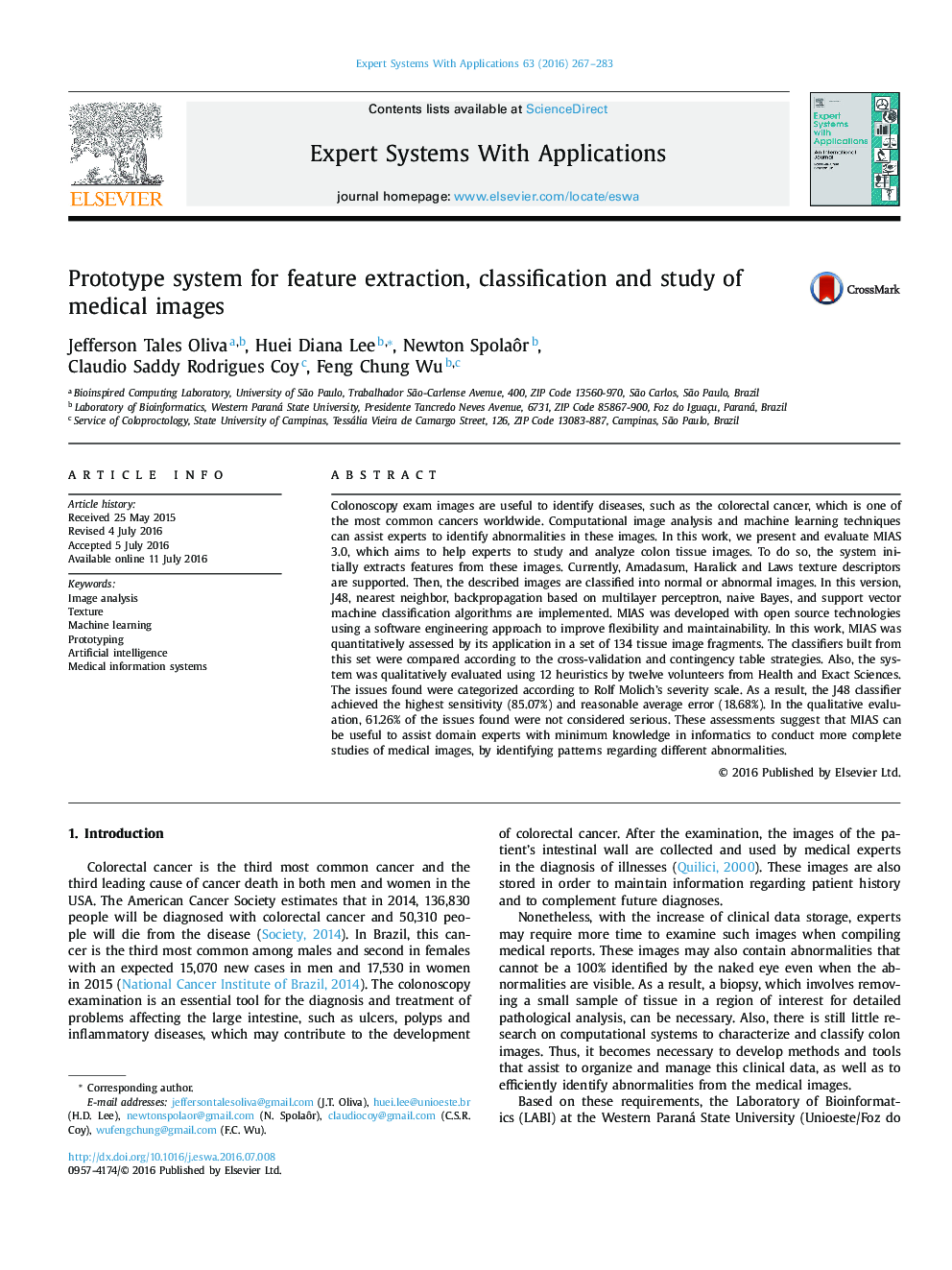 • MIAS 3.0 supports automatic feature extraction and medical image classification.
• The system was developed according to prototyping, a software engineering approach.
• Experts found that MIAS 3.0 meets the proposed requirements and is a promising tool.
• MIAS 3.0 experimental evaluation was conducted in 67 image fragments.
• A J48 classifier built from Amadasun and Haralick features was the best MIAS setting.

Colonoscopy exam images are useful to identify diseases, such as the colorectal cancer, which is one of the most common cancers worldwide. Computational image analysis and machine learning techniques can assist experts to identify abnormalities in these images. In this work, we present and evaluate MIAS 3.0, which aims to help experts to study and analyze colon tissue images. To do so, the system initially extracts features from these images. Currently, Amadasum, Haralick and Laws texture descriptors are supported. Then, the described images are classified into normal or abnormal images. In this version, J48, nearest neighbor, backpropagation based on multilayer perceptron, naive Bayes, and support vector machine classification algorithms are implemented. MIAS was developed with open source technologies using a software engineering approach to improve flexibility and maintainability. In this work, MIAS was quantitatively assessed by its application in a set of 134 tissue image fragments. The classifiers built from this set were compared according to the cross-validation and contingency table strategies. Also, the system was qualitatively evaluated using 12 heuristics by twelve volunteers from Health and Exact Sciences. The issues found were categorized according to Rolf Molich’s severity scale. As a result, the J48 classifier achieved the highest sensitivity (85.07%) and reasonable average error (18.68%). In the qualitative evaluation, 61.26% of the issues found were not considered serious. These assessments suggest that MIAS can be useful to assist domain experts with minimum knowledge in informatics to conduct more complete studies of medical images, by identifying patterns regarding different abnormalities.