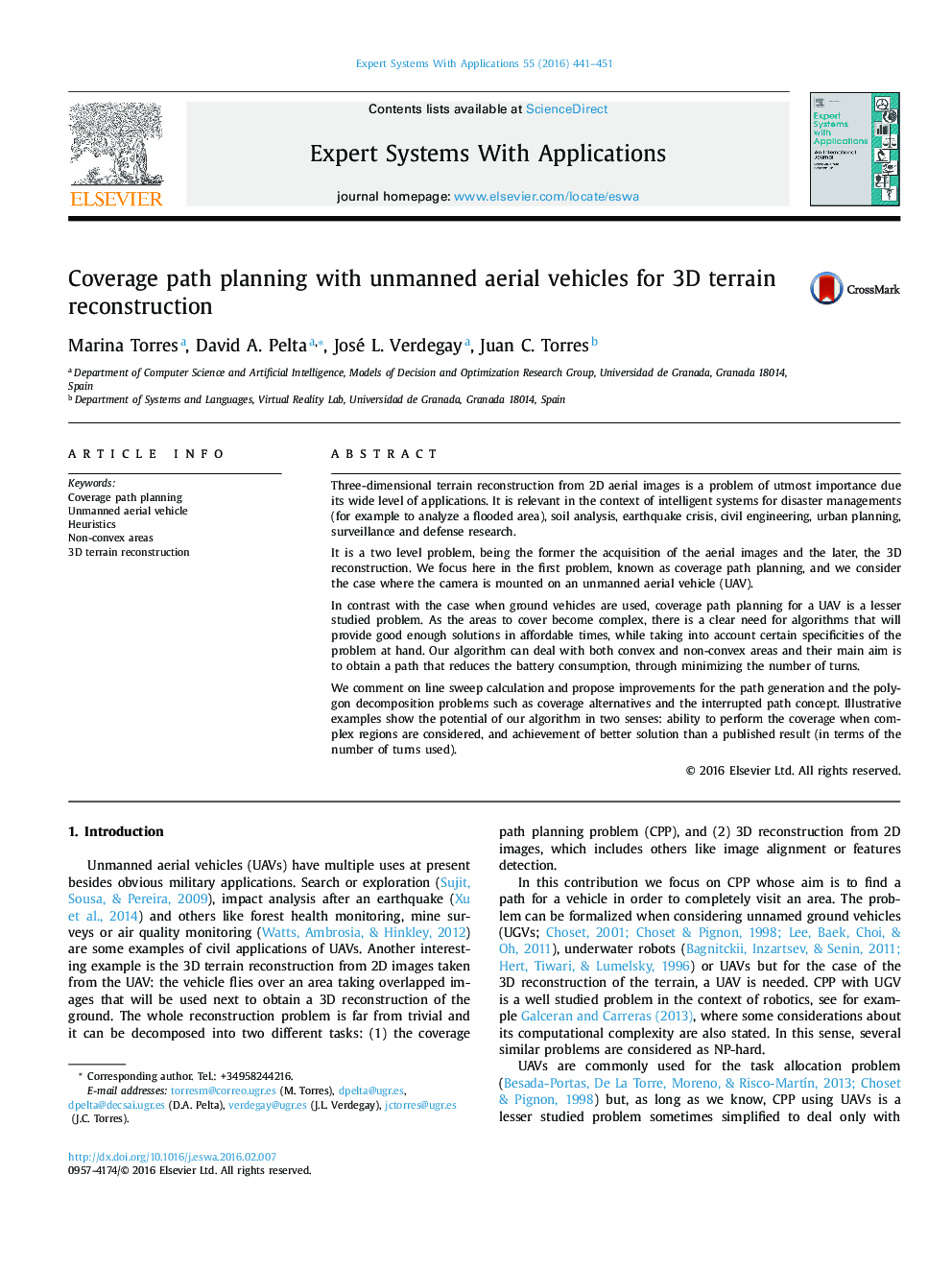 • Focus is on the coverage path planning problem with UAV for 3D terrain reconstruction.
• The aim is to obtain a path that reduces the battery consumption, minimizing the turns.
• Our algorithm deals with both convex and non-convex regions
• The algorithm can perform the coverage when complex regions are considered.
• Can achieve better solutions than a previous result (using less turns).

Three-dimensional terrain reconstruction from 2D aerial images is a problem of utmost importance due its wide level of applications. It is relevant in the context of intelligent systems for disaster managements (for example to analyze a flooded area), soil analysis, earthquake crisis, civil engineering, urban planning, surveillance and defense research.It is a two level problem, being the former the acquisition of the aerial images and the later, the 3D reconstruction. We focus here in the first problem, known as coverage path planning, and we consider the case where the camera is mounted on an unmanned aerial vehicle (UAV).In contrast with the case when ground vehicles are used, coverage path planning for a UAV is a lesser studied problem. As the areas to cover become complex, there is a clear need for algorithms that will provide good enough solutions in affordable times, while taking into account certain specificities of the problem at hand. Our algorithm can deal with both convex and non-convex areas and their main aim is to obtain a path that reduces the battery consumption, through minimizing the number of turns.We comment on line sweep calculation and propose improvements for the path generation and the polygon decomposition problems such as coverage alternatives and the interrupted path concept. Illustrative examples show the potential of our algorithm in two senses: ability to perform the coverage when complex regions are considered, and achievement of better solution than a published result (in terms of the number of turns used).