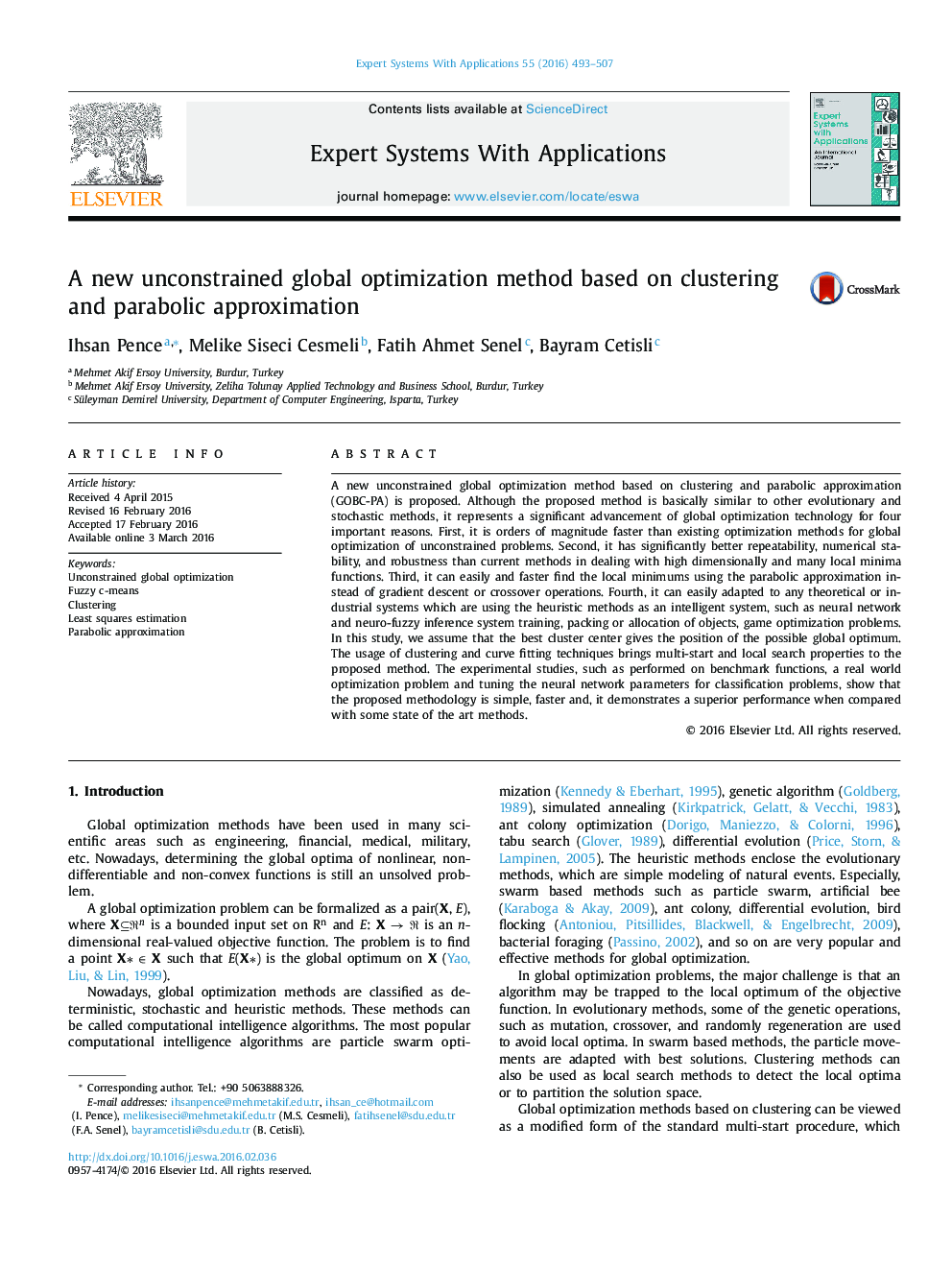 Highlight
• Proposed method uses clustering and parabolic approximation.
• Clustering period provides jumping to better points using with populations.
• The vertex of parabola is much close to the local minima than obtained cluster center.
• We assume that the best cluster center denotes the position of global optimum.
• The proposed method is simple, faster and very successful to gain the global optimum.

A new unconstrained global optimization method based on clustering and parabolic approximation (GOBC-PA) is proposed. Although the proposed method is basically similar to other evolutionary and stochastic methods, it represents a significant advancement of global optimization technology for four important reasons. First, it is orders of magnitude faster than existing optimization methods for global optimization of unconstrained problems. Second, it has significantly better repeatability, numerical stability, and robustness than current methods in dealing with high dimensionally and many local minima functions. Third, it can easily and faster find the local minimums using the parabolic approximation instead of gradient descent or crossover operations. Fourth, it can easily adapted to any theoretical or industrial systems which are using the heuristic methods as an intelligent system, such as neural network and neuro-fuzzy inference system training, packing or allocation of objects, game optimization problems. In this study, we assume that the best cluster center gives the position of the possible global optimum. The usage of clustering and curve fitting techniques brings multi-start and local search properties to the proposed method. The experimental studies, such as performed on benchmark functions, a real world optimization problem and tuning the neural network parameters for classification problems, show that the proposed methodology is simple, faster and, it demonstrates a superior performance when compared with some state of the art methods.