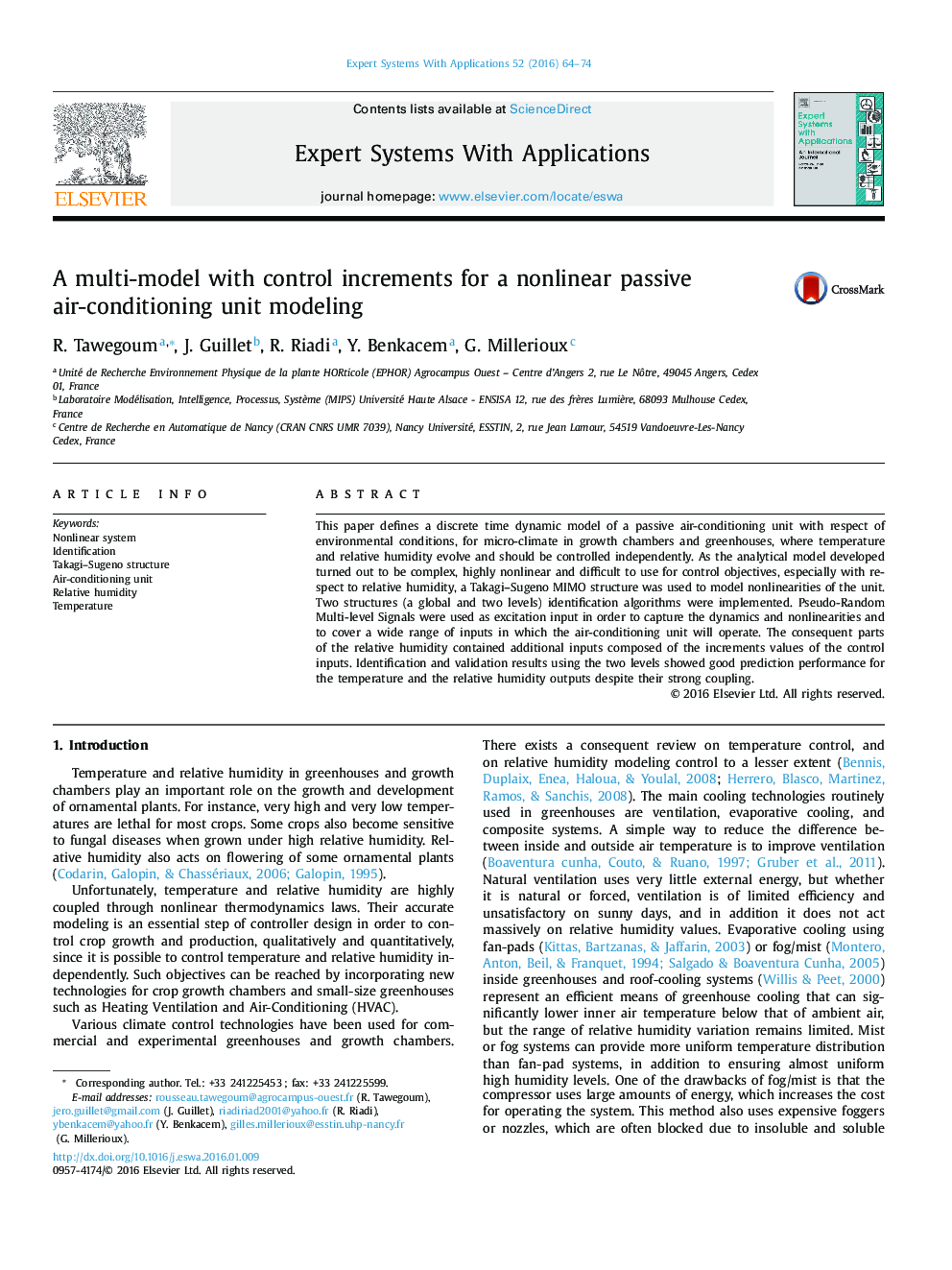 This paper defines a discrete time dynamic model of a passive air-conditioning unit with respect of environmental conditions, for micro-climate in growth chambers and greenhouses, where temperature and relative humidity evolve and should be controlled independently. As the analytical model developed turned out to be complex, highly nonlinear and difficult to use for control objectives, especially with respect to relative humidity, a Takagi–Sugeno MIMO structure was used to model nonlinearities of the unit. Two structures (a global and two levels) identification algorithms were implemented. Pseudo-Random Multi-level Signals were used as excitation input in order to capture the dynamics and nonlinearities and to cover a wide range of inputs in which the air-conditioning unit will operate. The consequent parts of the relative humidity contained additional inputs composed of the increments values of the control inputs. Identification and validation results using the two levels showed good prediction performance for the temperature and the relative humidity outputs despite their strong coupling.