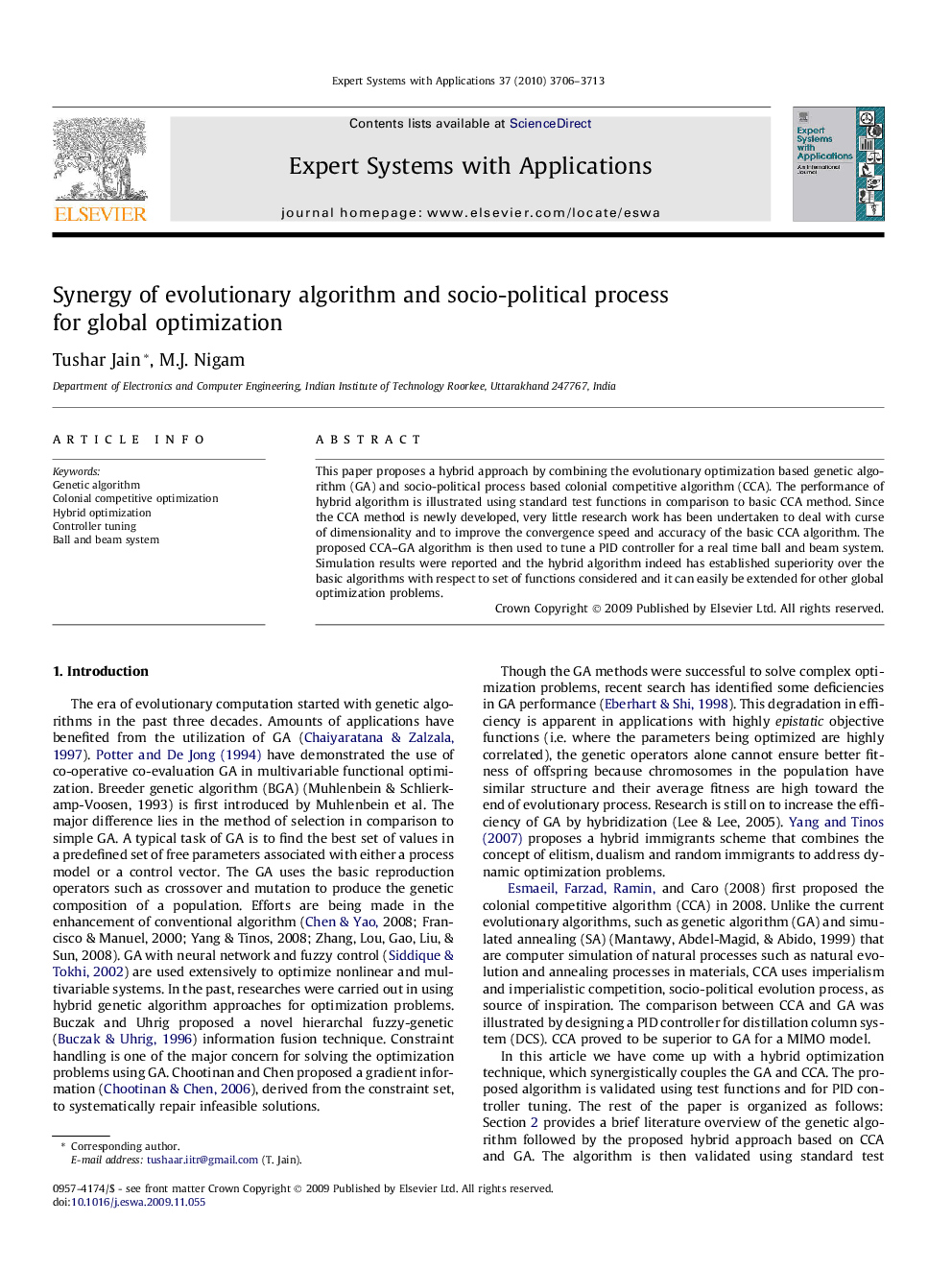 This paper proposes a hybrid approach by combining the evolutionary optimization based genetic algorithm (GA) and socio-political process based colonial competitive algorithm (CCA). The performance of hybrid algorithm is illustrated using standard test functions in comparison to basic CCA method. Since the CCA method is newly developed, very little research work has been undertaken to deal with curse of dimensionality and to improve the convergence speed and accuracy of the basic CCA algorithm. The proposed CCA–GA algorithm is then used to tune a PID controller for a real time ball and beam system. Simulation results were reported and the hybrid algorithm indeed has established superiority over the basic algorithms with respect to set of functions considered and it can easily be extended for other global optimization problems.