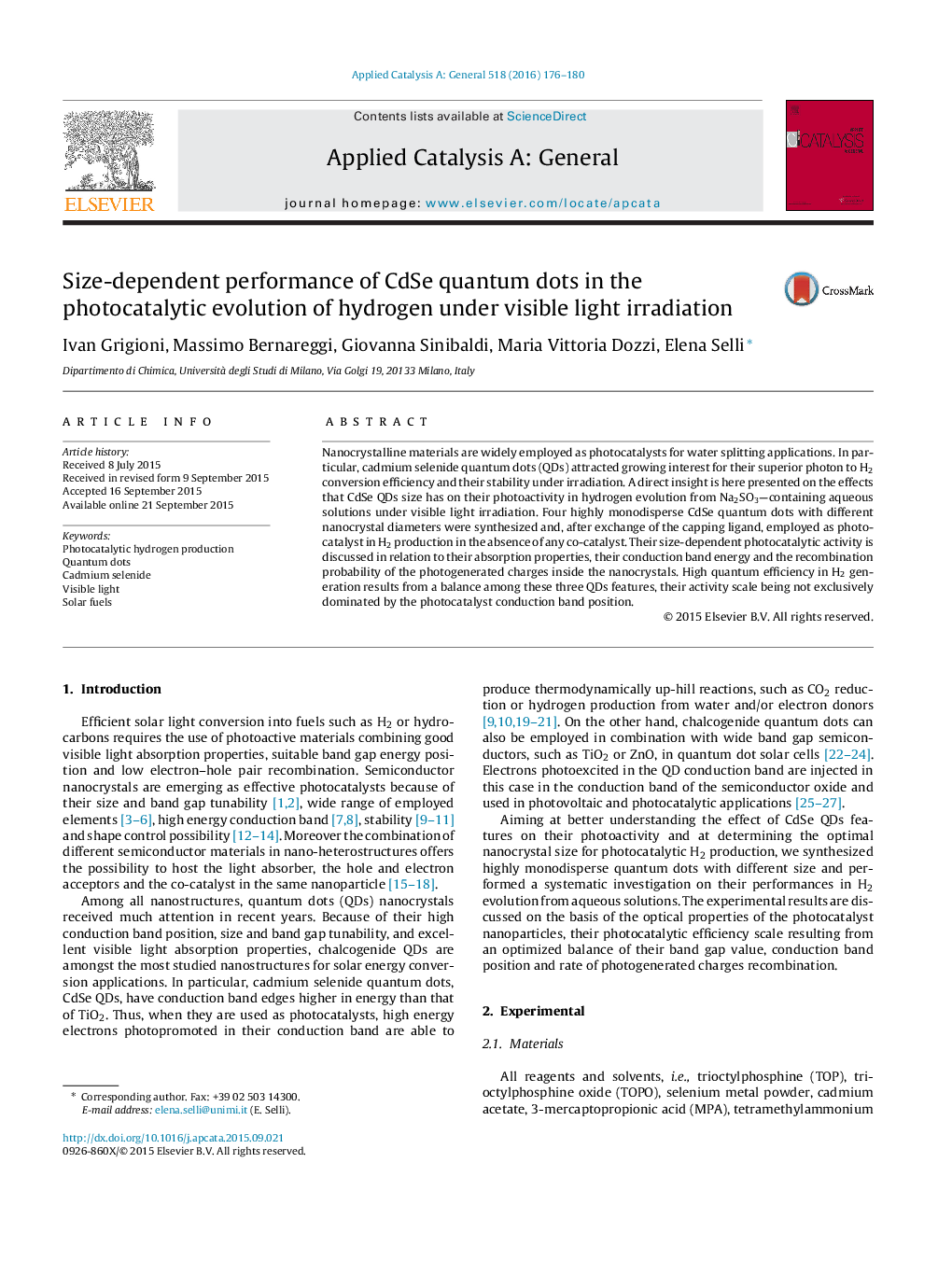 Nanocrystalline materials are widely employed as photocatalysts for water splitting applications. In particular, cadmium selenide quantum dots (QDs) attracted growing interest for their superior photon to H2 conversion efficiency and their stability under irradiation. A direct insight is here presented on the effects that CdSe QDs size has on their photoactivity in hydrogen evolution from Na2SO3—containing aqueous solutions under visible light irradiation. Four highly monodisperse CdSe quantum dots with different nanocrystal diameters were synthesized and, after exchange of the capping ligand, employed as photocatalyst in H2 production in the absence of any co-catalyst. Their size-dependent photocatalytic activity is discussed in relation to their absorption properties, their conduction band energy and the recombination probability of the photogenerated charges inside the nanocrystals. High quantum efficiency in H2 generation results from a balance among these three QDs features, their activity scale being not exclusively dominated by the photocatalyst conduction band position.