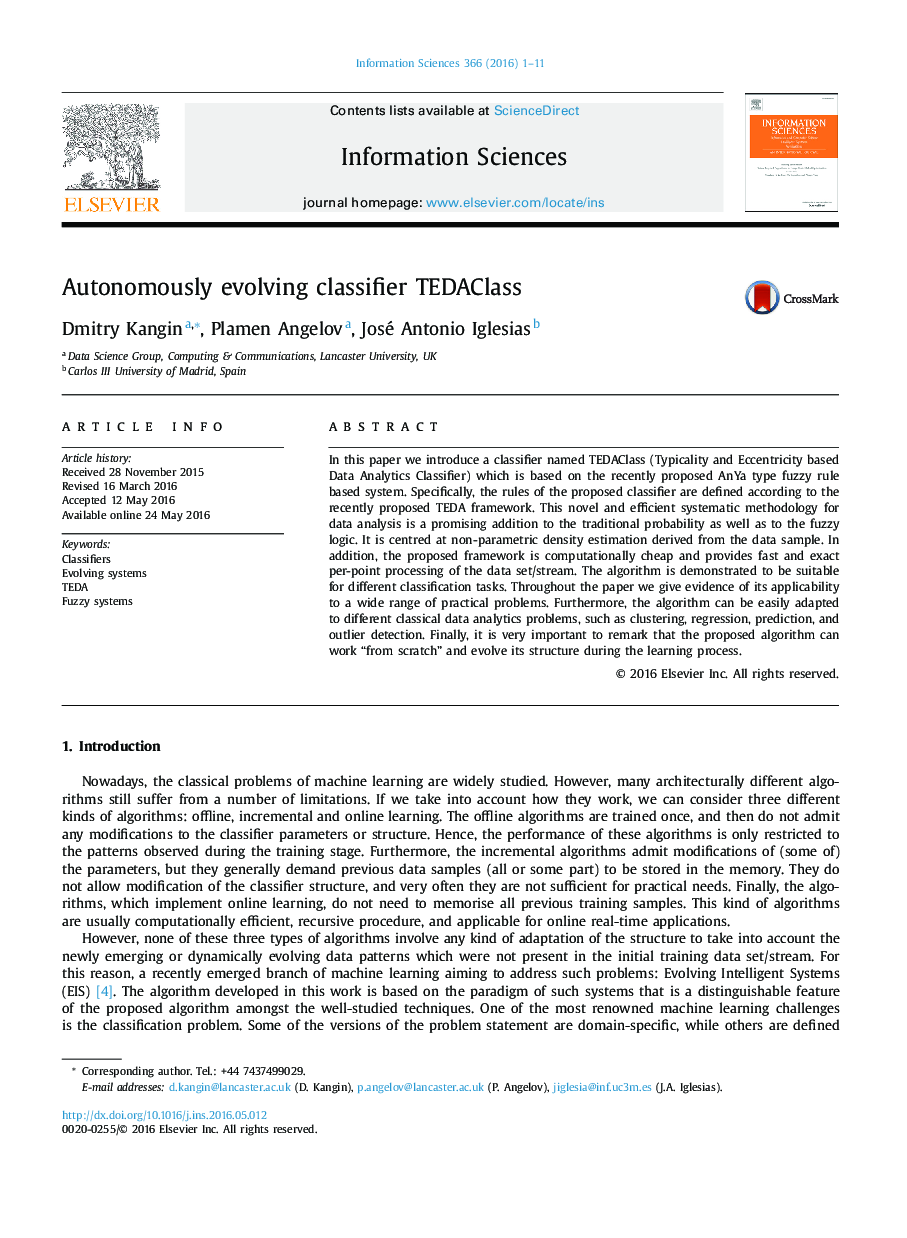 In this paper we introduce a classifier named TEDAClass (Typicality and Eccentricity based Data Analytics Classifier) which is based on the recently proposed AnYa type fuzzy rule based system. Specifically, the rules of the proposed classifier are defined according to the recently proposed TEDA framework. This novel and efficient systematic methodology for data analysis is a promising addition to the traditional probability as well as to the fuzzy logic. It is centred at non-parametric density estimation derived from the data sample. In addition, the proposed framework is computationally cheap and provides fast and exact per-point processing of the data set/stream. The algorithm is demonstrated to be suitable for different classification tasks. Throughout the paper we give evidence of its applicability to a wide range of practical problems. Furthermore, the algorithm can be easily adapted to different classical data analytics problems, such as clustering, regression, prediction, and outlier detection. Finally, it is very important to remark that the proposed algorithm can work “from scratch” and evolve its structure during the learning process.