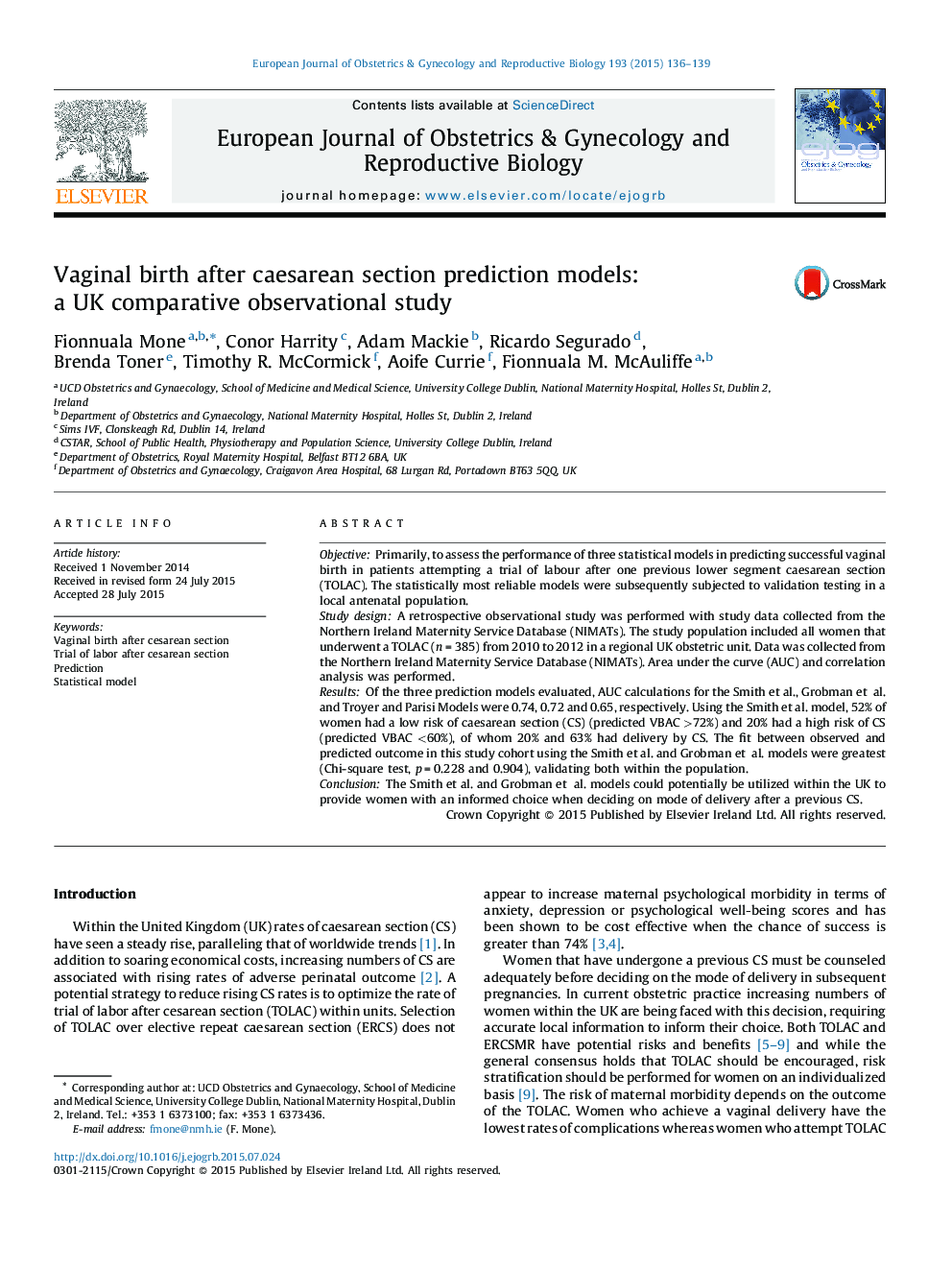 ObjectivePrimarily, to assess the performance of three statistical models in predicting successful vaginal birth in patients attempting a trial of labour after one previous lower segment caesarean section (TOLAC). The statistically most reliable models were subsequently subjected to validation testing in a local antenatal population.Study designA retrospective observational study was performed with study data collected from the Northern Ireland Maternity Service Database (NIMATs). The study population included all women that underwent a TOLAC (n = 385) from 2010 to 2012 in a regional UK obstetric unit. Data was collected from the Northern Ireland Maternity Service Database (NIMATs). Area under the curve (AUC) and correlation analysis was performed.ResultsOf the three prediction models evaluated, AUC calculations for the Smith et al., Grobman et al. and Troyer and Parisi Models were 0.74, 0.72 and 0.65, respectively. Using the Smith et al. model, 52% of women had a low risk of caesarean section (CS) (predicted VBAC >72%) and 20% had a high risk of CS (predicted VBAC <60%), of whom 20% and 63% had delivery by CS. The fit between observed and predicted outcome in this study cohort using the Smith et al. and Grobman et al. models were greatest (Chi-square test, p = 0.228 and 0.904), validating both within the population.ConclusionThe Smith et al. and Grobman et al. models could potentially be utilized within the UK to provide women with an informed choice when deciding on mode of delivery after a previous CS.