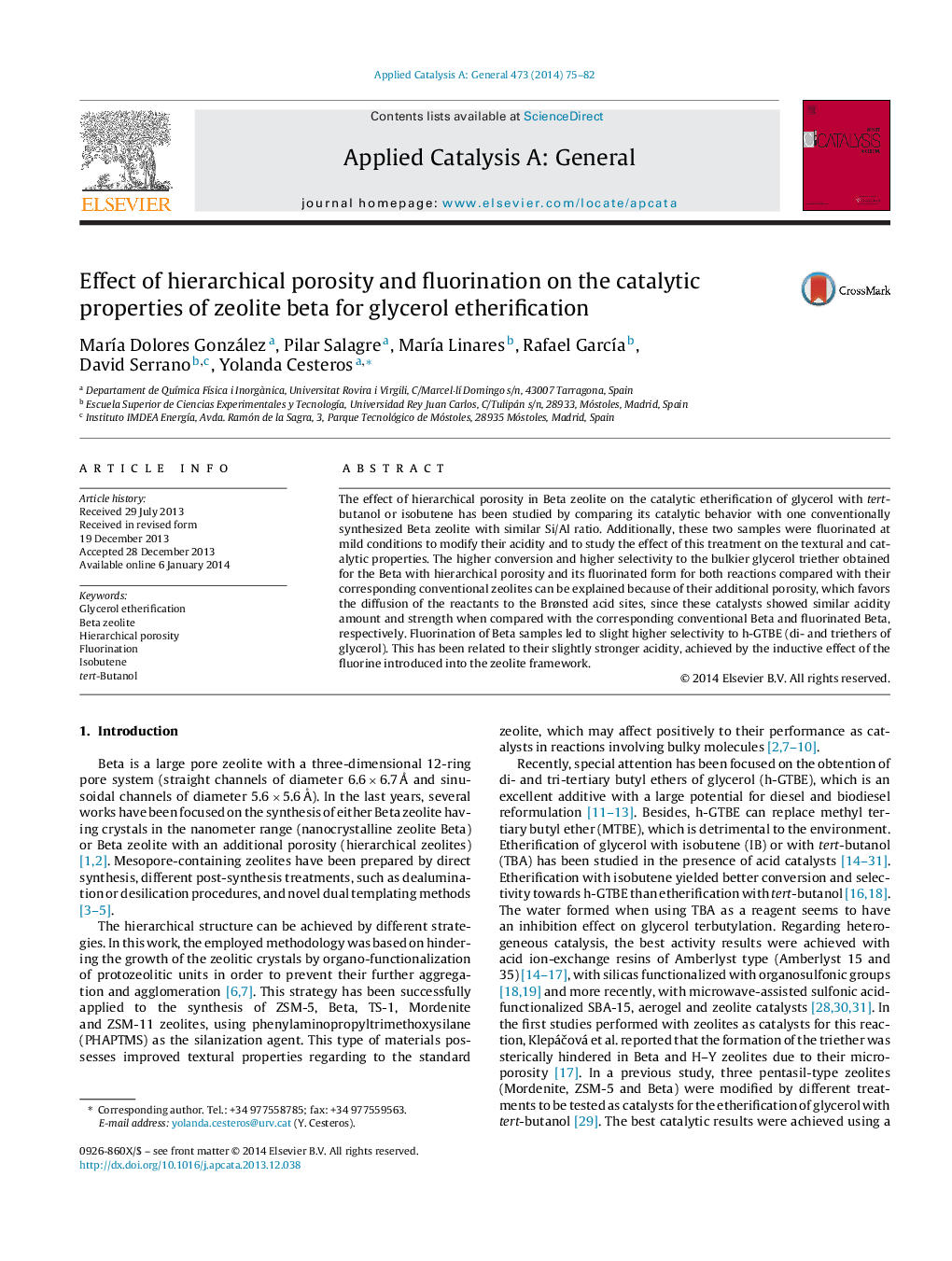 • Hierarchical porosity led to higher conversion and higher selectivity to glycerol triether.
• Additional porosity favoured the accesibility of the reactants to the acid sites.
• Fluorine in the zeolite structure resulted in slight stronger acidity of the Brønsted acid sites.
• Fluorinated samples showed higher selectivity to h-GTBE due to their stronger acidity.

The effect of hierarchical porosity in Beta zeolite on the catalytic etherification of glycerol with tert-butanol or isobutene has been studied by comparing its catalytic behavior with one conventionally synthesized Beta zeolite with similar Si/Al ratio. Additionally, these two samples were fluorinated at mild conditions to modify their acidity and to study the effect of this treatment on the textural and catalytic properties. The higher conversion and higher selectivity to the bulkier glycerol triether obtained for the Beta with hierarchical porosity and its fluorinated form for both reactions compared with their corresponding conventional zeolites can be explained because of their additional porosity, which favors the diffusion of the reactants to the Brønsted acid sites, since these catalysts showed similar acidity amount and strength when compared with the corresponding conventional Beta and fluorinated Beta, respectively. Fluorination of Beta samples led to slight higher selectivity to h-GTBE (di- and triethers of glycerol). This has been related to their slightly stronger acidity, achieved by the inductive effect of the fluorine introduced into the zeolite framework.