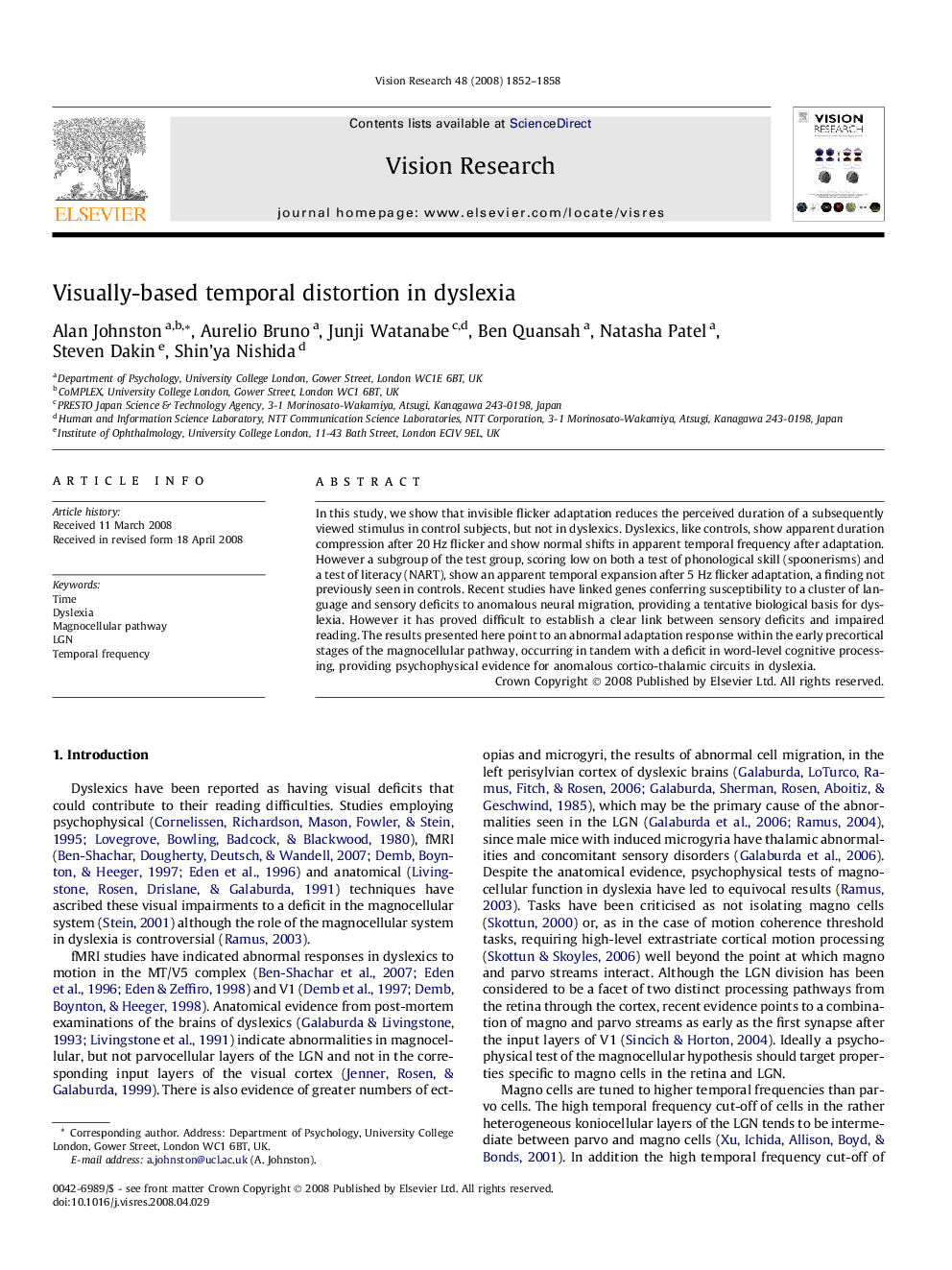 In this study, we show that invisible flicker adaptation reduces the perceived duration of a subsequently viewed stimulus in control subjects, but not in dyslexics. Dyslexics, like controls, show apparent duration compression after 20 Hz flicker and show normal shifts in apparent temporal frequency after adaptation. However a subgroup of the test group, scoring low on both a test of phonological skill (spoonerisms) and a test of literacy (NART), show an apparent temporal expansion after 5 Hz flicker adaptation, a finding not previously seen in controls. Recent studies have linked genes conferring susceptibility to a cluster of language and sensory deficits to anomalous neural migration, providing a tentative biological basis for dyslexia. However it has proved difficult to establish a clear link between sensory deficits and impaired reading. The results presented here point to an abnormal adaptation response within the early precortical stages of the magnocellular pathway, occurring in tandem with a deficit in word-level cognitive processing, providing psychophysical evidence for anomalous cortico-thalamic circuits in dyslexia.