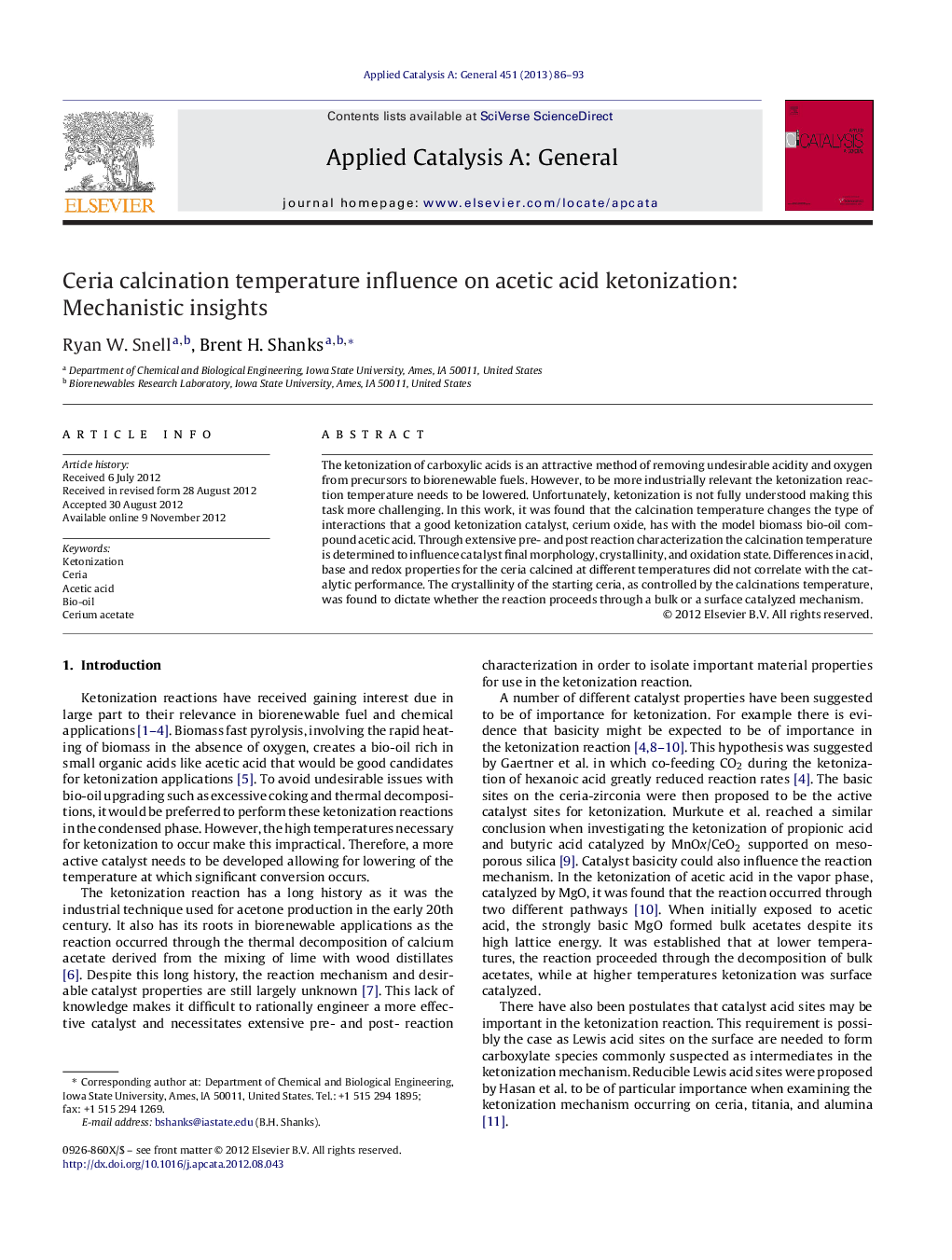 The ketonization of carboxylic acids is an attractive method of removing undesirable acidity and oxygen from precursors to biorenewable fuels. However, to be more industrially relevant the ketonization reaction temperature needs to be lowered. Unfortunately, ketonization is not fully understood making this task more challenging. In this work, it was found that the calcination temperature changes the type of interactions that a good ketonization catalyst, cerium oxide, has with the model biomass bio-oil compound acetic acid. Through extensive pre- and post reaction characterization the calcination temperature is determined to influence catalyst final morphology, crystallinity, and oxidation state. Differences in acid, base and redox properties for the ceria calcined at different temperatures did not correlate with the catalytic performance. The crystallinity of the starting ceria, as controlled by the calcinations temperature, was found to dictate whether the reaction proceeds through a bulk or a surface catalyzed mechanism.