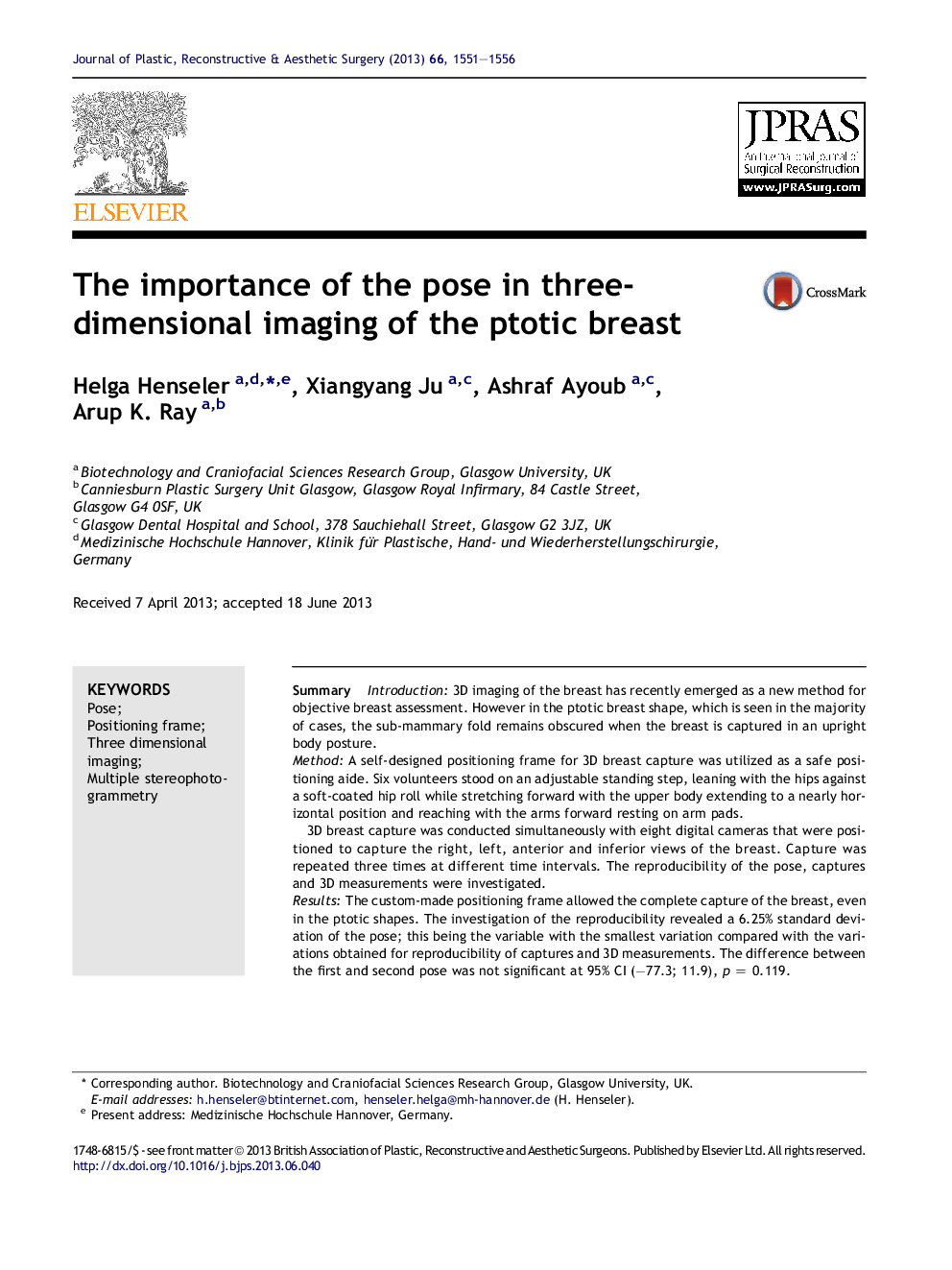 SummaryIntroduction3D imaging of the breast has recently emerged as a new method for objective breast assessment. However in the ptotic breast shape, which is seen in the majority of cases, the sub-mammary fold remains obscured when the breast is captured in an upright body posture.MethodA self-designed positioning frame for 3D breast capture was utilized as a safe positioning aide. Six volunteers stood on an adjustable standing step, leaning with the hips against a soft-coated hip roll while stretching forward with the upper body extending to a nearly horizontal position and reaching with the arms forward resting on arm pads.3D breast capture was conducted simultaneously with eight digital cameras that were positioned to capture the right, left, anterior and inferior views of the breast. Capture was repeated three times at different time intervals. The reproducibility of the pose, captures and 3D measurements were investigated.ResultsThe custom-made positioning frame allowed the complete capture of the breast, even in the ptotic shapes. The investigation of the reproducibility revealed a 6.25% standard deviation of the pose; this being the variable with the smallest variation compared with the variations obtained for reproducibility of captures and 3D measurements. The difference between the first and second pose was not significant at 95% CI (−77.3; 11.9), p = 0.119.ConclusionThe presented system used a self-designed positioning frame, by which the complete capture of the ptotic breast in near horizontal upper body posture was achieved. Reproducibility of the pose for 3D capture was satisfactory.