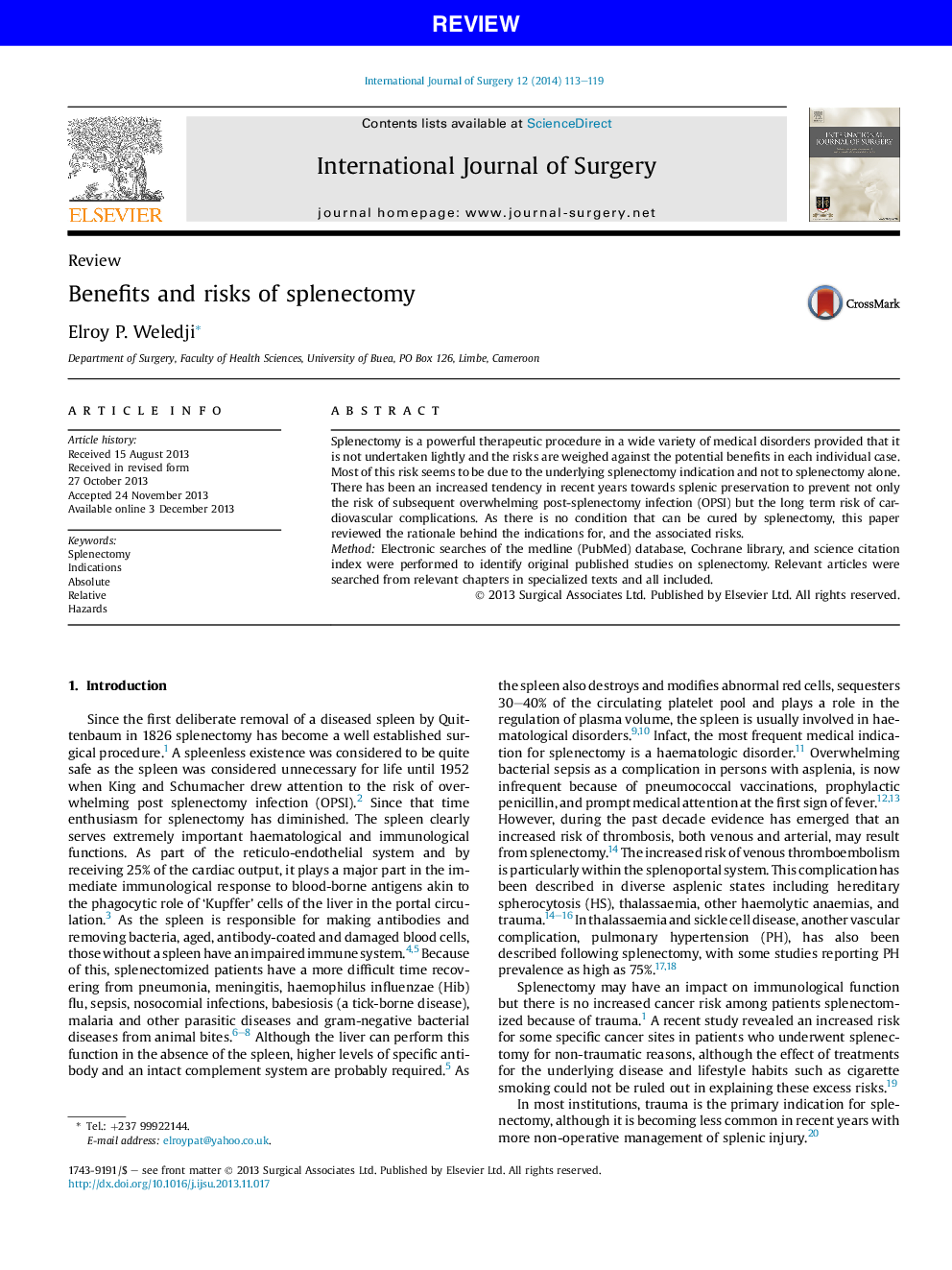 Splenectomy is a powerful therapeutic procedure in a wide variety of medical disorders provided that it is not undertaken lightly and the risks are weighed against the potential benefits in each individual case. Most of this risk seems to be due to the underlying splenectomy indication and not to splenectomy alone. There has been an increased tendency in recent years towards splenic preservation to prevent not only the risk of subsequent overwhelming post-splenectomy infection (OPSI) but the long term risk of cardiovascular complications. As there is no condition that can be cured by splenectomy, this paper reviewed the rationale behind the indications for, and the associated risks.MethodElectronic searches of the medline (PubMed) database, Cochrane library, and science citation index were performed to identify original published studies on splenectomy. Relevant articles were searched from relevant chapters in specialized texts and all included.