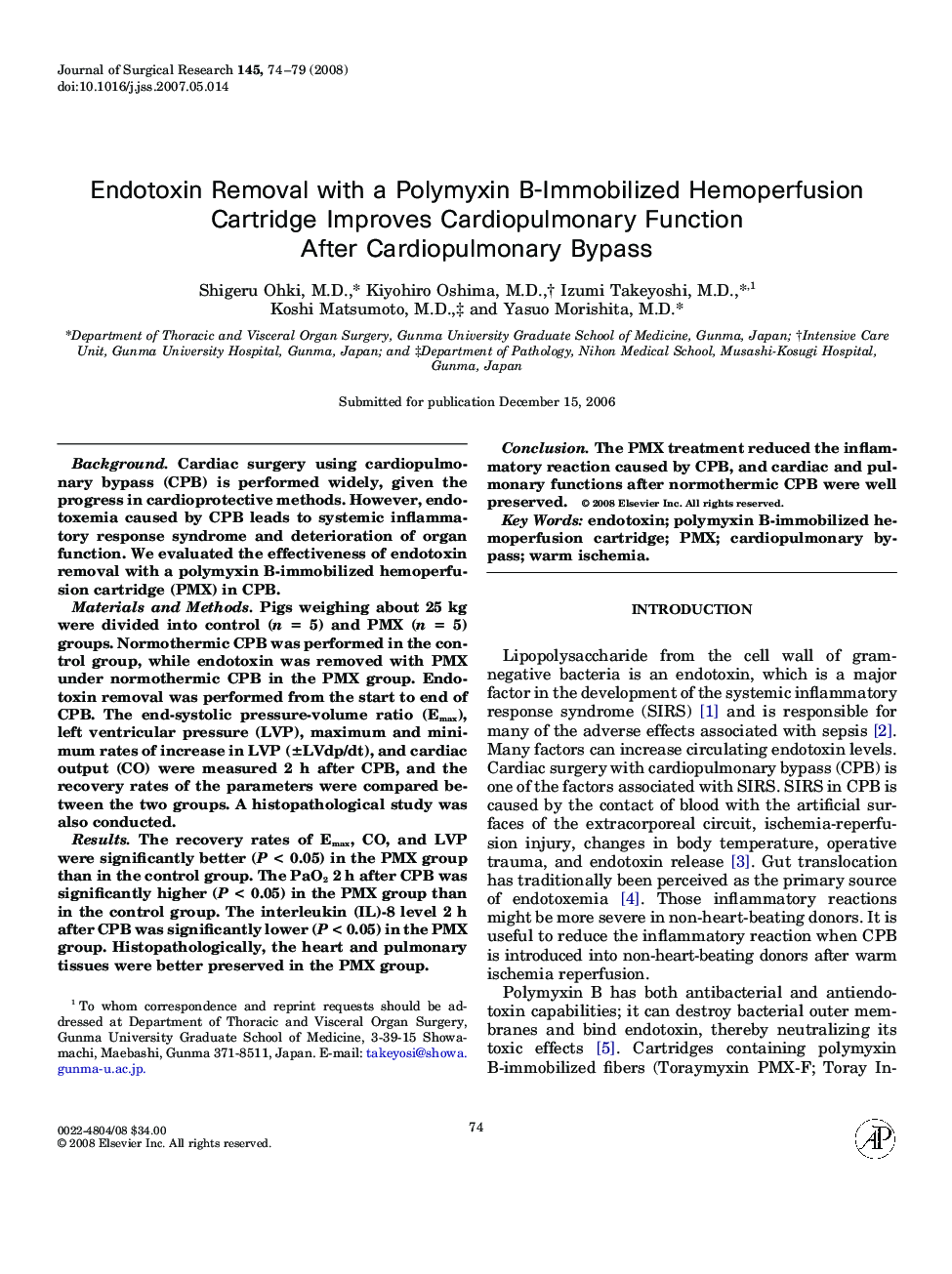 BackgroundCardiac surgery using cardiopulmonary bypass (CPB) is performed widely, given the progress in cardioprotective methods. However, endotoxemia caused by CPB leads to systemic inflammatory response syndrome and deterioration of organ function. We evaluated the effectiveness of endotoxin removal with a polymyxin B-immobilized hemoperfusion cartridge (PMX) in CPB.Materials and MethodsPigs weighing about 25 kg were divided into control (n = 5) and PMX (n = 5) groups. Normothermic CPB was performed in the control group, while endotoxin was removed with PMX under normothermic CPB in the PMX group. Endotoxin removal was performed from the start to end of CPB. The end-systolic pressure-volume ratio (Emax), left ventricular pressure (LVP), maximum and minimum rates of increase in LVP (±LVdp/dt), and cardiac output (CO) were measured 2 h after CPB, and the recovery rates of the parameters were compared between the two groups. A histopathological study was also conducted.ResultsThe recovery rates of Emax, CO, and LVP were significantly better (P < 0.05) in the PMX group than in the control group. The PaO2 2 h after CPB was significantly higher (P < 0.05) in the PMX group than in the control group. The interleukin (IL)-8 level 2 h after CPB was significantly lower (P < 0.05) in the PMX group. Histopathologically, the heart and pulmonary tissues were better preserved in the PMX group.ConclusionThe PMX treatment reduced the inflammatory reaction caused by CPB, and cardiac and pulmonary functions after normothermic CPB were well preserved.