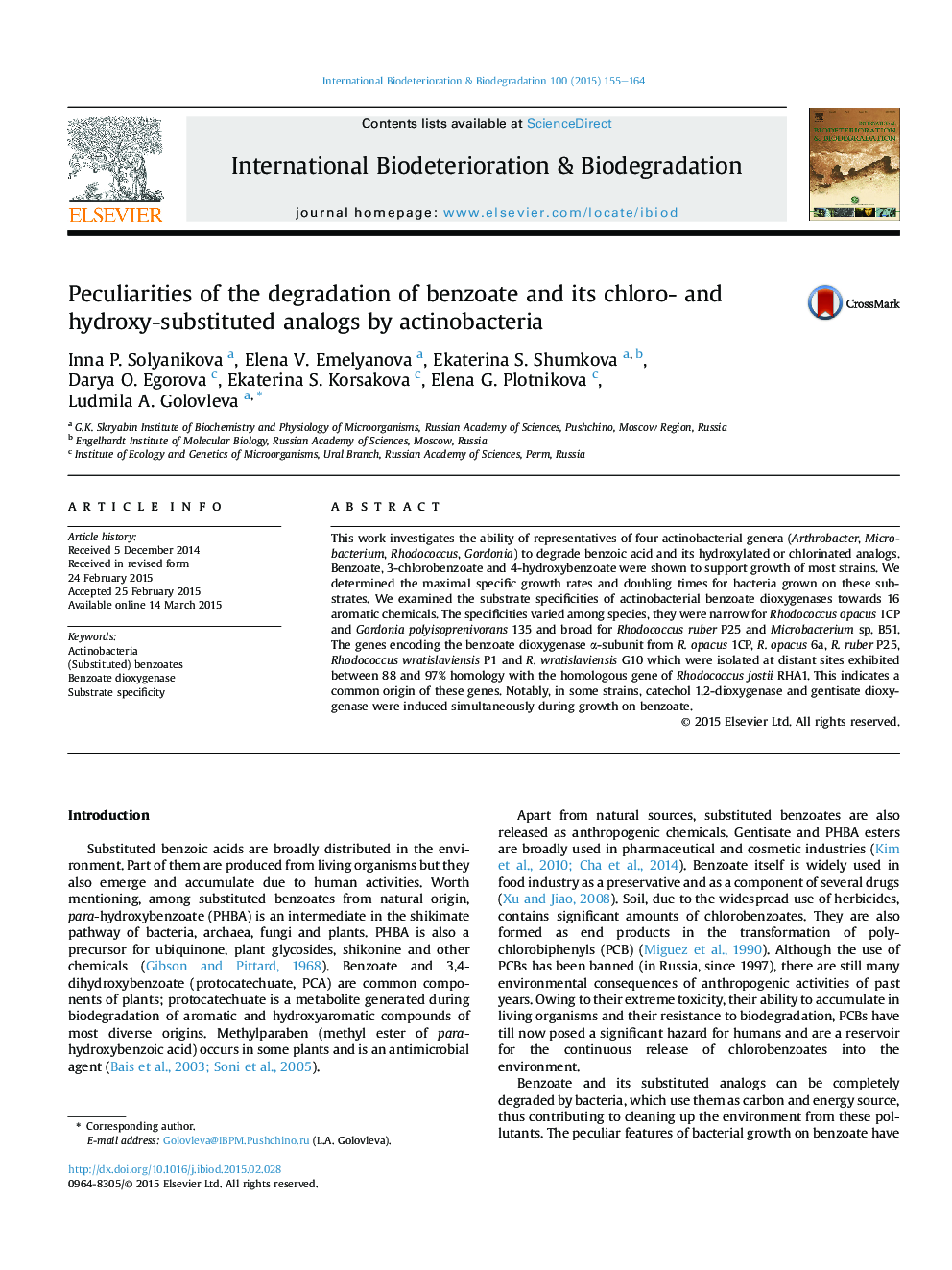 This work investigates the ability of representatives of four actinobacterial genera (Arthrobacter, Microbacterium, Rhodococcus, Gordonia) to degrade benzoic acid and its hydroxylated or chlorinated analogs. Benzoate, 3-chlorobenzoate and 4-hydroxybenzoate were shown to support growth of most strains. We determined the maximal specific growth rates and doubling times for bacteria grown on these substrates. We examined the substrate specificities of actinobacterial benzoate dioxygenases towards 16 aromatic chemicals. The specificities varied among species, they were narrow for Rhodococcus opacus 1CP and Gordonia polyisoprenivorans 135 and broad for Rhodococcus ruber P25 and Microbacterium sp. B51. The genes encoding the benzoate dioxygenase α-subunit from R. opacus 1CP, R. opacus 6a, R. ruber P25, Rhodococcus wratislaviensis P1 and R. wratislaviensis G10 which were isolated at distant sites exhibited between 88 and 97% homology with the homologous gene of Rhodococcus jostii RHA1. This indicates a common origin of these genes. Notably, in some strains, catechol 1,2-dioxygenase and gentisate dioxygenase were induced simultaneously during growth on benzoate.