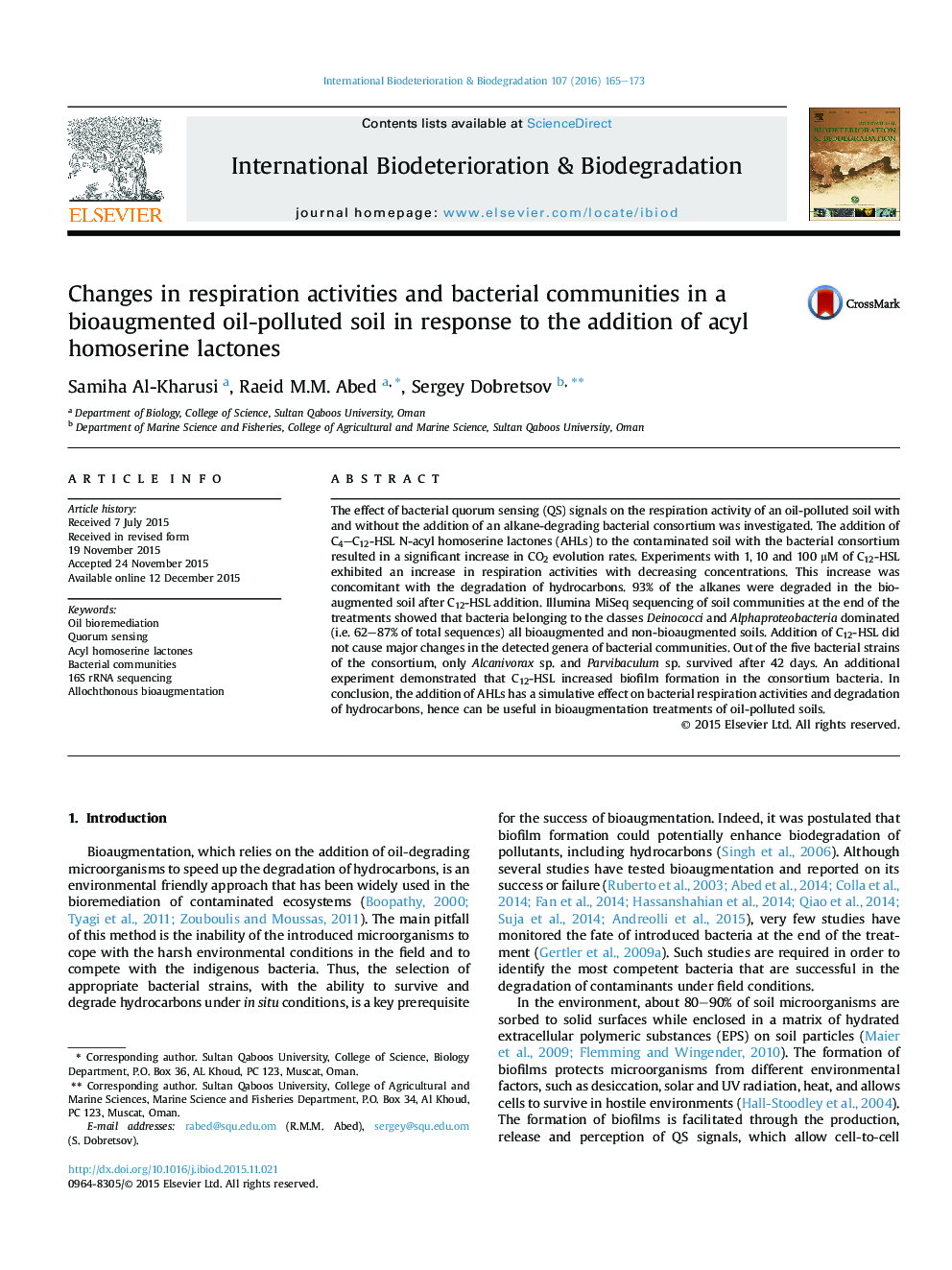 The effect of bacterial quorum sensing (QS) signals on the respiration activity of an oil-polluted soil with and without the addition of an alkane-degrading bacterial consortium was investigated. The addition of C4–C12-HSL N-acyl homoserine lactones (AHLs) to the contaminated soil with the bacterial consortium resulted in a significant increase in CO2 evolution rates. Experiments with 1, 10 and 100 μM of C12-HSL exhibited an increase in respiration activities with decreasing concentrations. This increase was concomitant with the degradation of hydrocarbons. 93% of the alkanes were degraded in the bioaugmented soil after C12-HSL addition. Illumina MiSeq sequencing of soil communities at the end of the treatments showed that bacteria belonging to the classes Deinococci and Alphaproteobacteria dominated (i.e. 62–87% of total sequences) all bioaugmented and non-bioaugmented soils. Addition of C12-HSL did not cause major changes in the detected genera of bacterial communities. Out of the five bacterial strains of the consortium, only Alcanivorax sp. and Parvibaculum sp. survived after 42 days. An additional experiment demonstrated that C12-HSL increased biofilm formation in the consortium bacteria. In conclusion, the addition of AHLs has a simulative effect on bacterial respiration activities and degradation of hydrocarbons, hence can be useful in bioaugmentation treatments of oil-polluted soils.