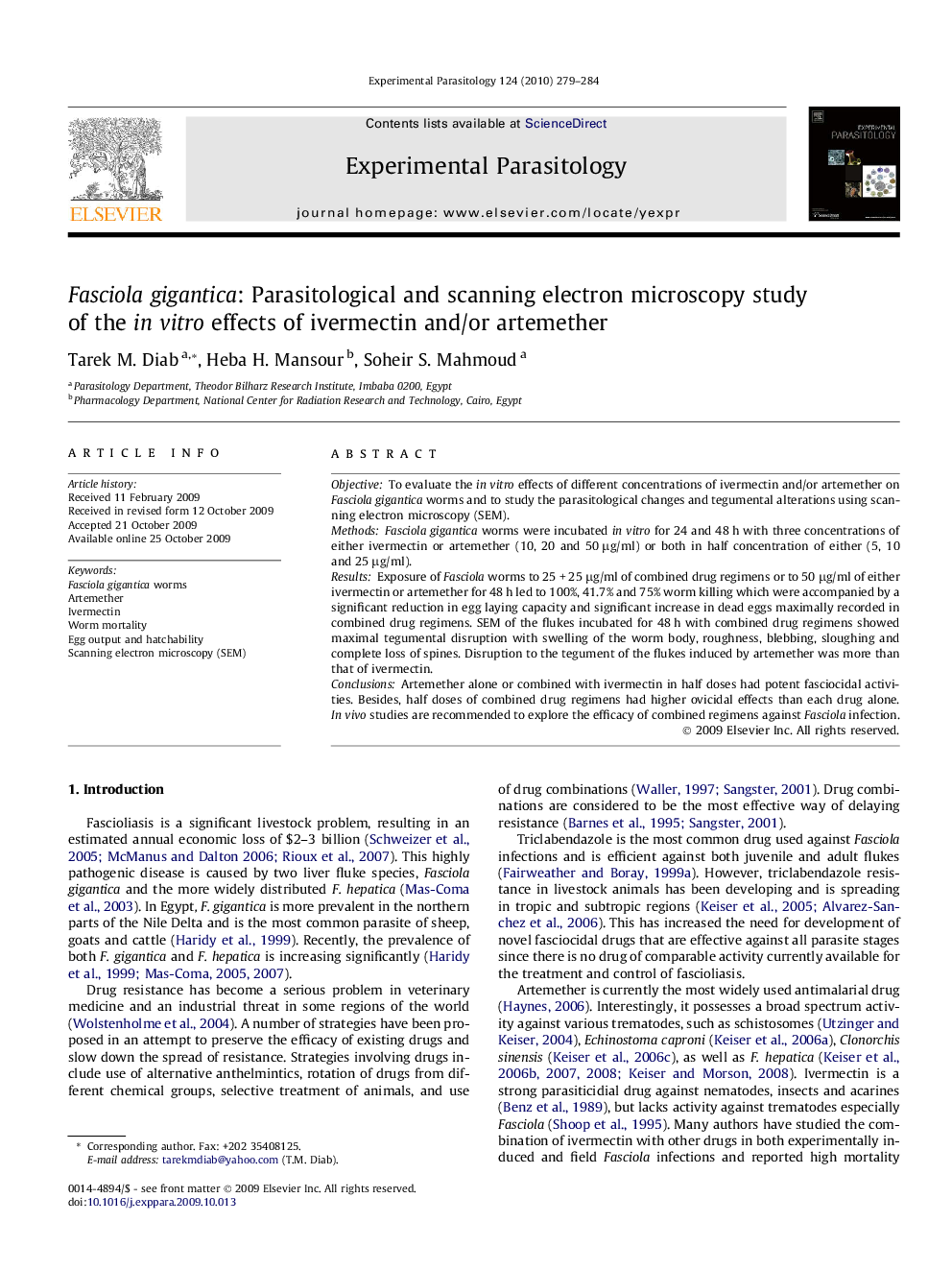 ObjectiveTo evaluate the in vitro effects of different concentrations of ivermectin and/or artemether on Fasciolagigantica worms and to study the parasitological changes and tegumental alterations using scanning electron microscopy (SEM).MethodsFasciola gigantica worms were incubated in vitro for 24 and 48 h with three concentrations of either ivermectin or artemether (10, 20 and 50 μg/ml) or both in half concentration of either (5, 10 and 25 μg/ml).ResultsExposure of Fasciola worms to 25 + 25 μg/ml of combined drug regimens or to 50 μg/ml of either ivermectin or artemether for 48 h led to 100%, 41.7% and 75% worm killing which were accompanied by a significant reduction in egg laying capacity and significant increase in dead eggs maximally recorded in combined drug regimens. SEM of the flukes incubated for 48 h with combined drug regimens showed maximal tegumental disruption with swelling of the worm body, roughness, blebbing, sloughing and complete loss of spines. Disruption to the tegument of the flukes induced by artemether was more than that of ivermectin.ConclusionsArtemether alone or combined with ivermectin in half doses had potent fasciocidal activities. Besides, half doses of combined drug regimens had higher ovicidal effects than each drug alone. In vivo studies are recommended to explore the efficacy of combined regimens against Fasciola infection.