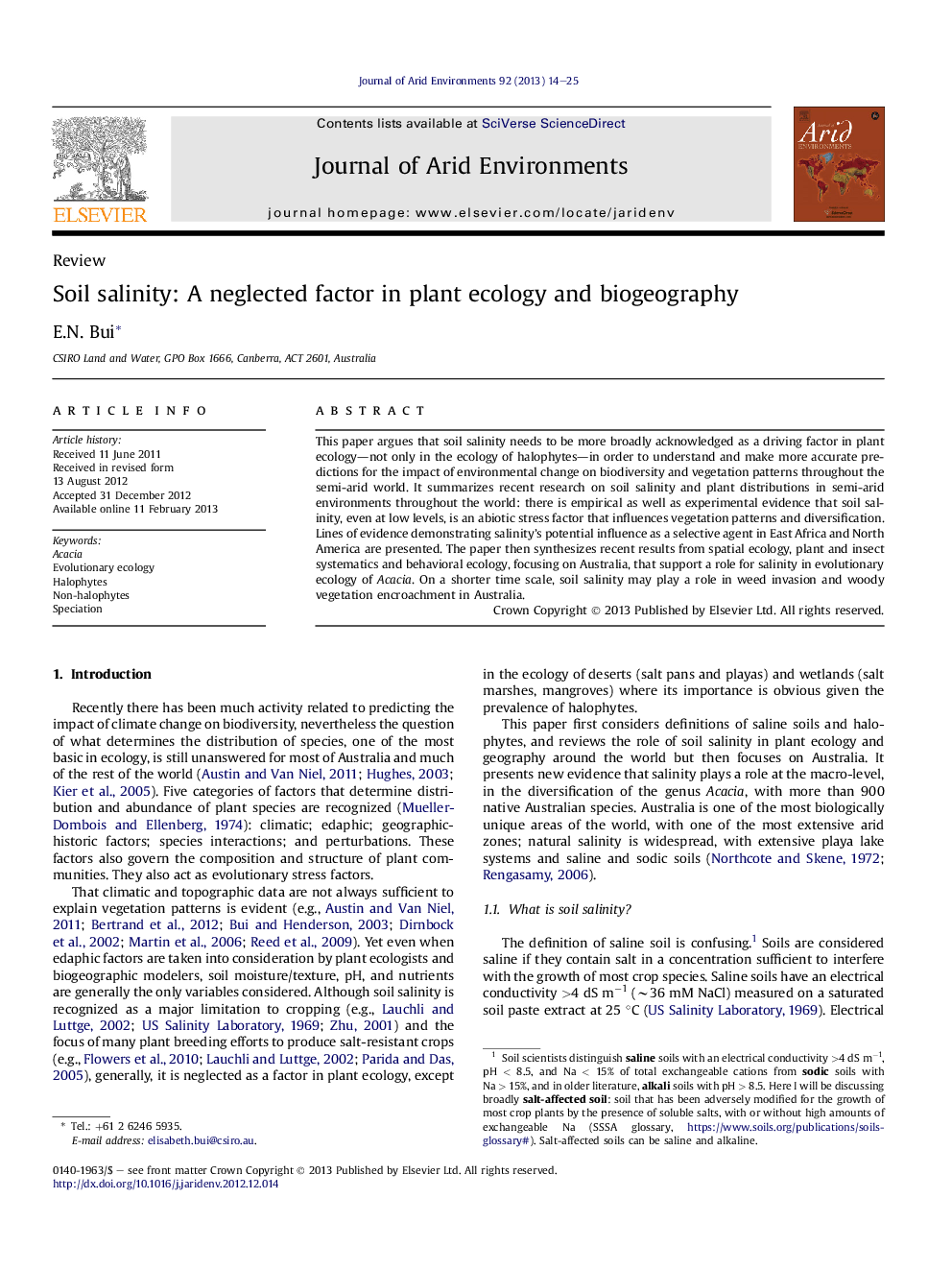 This paper argues that soil salinity needs to be more broadly acknowledged as a driving factor in plant ecology—not only in the ecology of halophytes—in order to understand and make more accurate predictions for the impact of environmental change on biodiversity and vegetation patterns throughout the semi-arid world. It summarizes recent research on soil salinity and plant distributions in semi-arid environments throughout the world: there is empirical as well as experimental evidence that soil salinity, even at low levels, is an abiotic stress factor that influences vegetation patterns and diversification. Lines of evidence demonstrating salinity's potential influence as a selective agent in East Africa and North America are presented. The paper then synthesizes recent results from spatial ecology, plant and insect systematics and behavioral ecology, focusing on Australia, that support a role for salinity in evolutionary ecology of Acacia. On a shorter time scale, soil salinity may play a role in weed invasion and woody vegetation encroachment in Australia.

► Soil salinity is an important evolutionary stress factor even for non-halophytes.
► Results from Australia, support a role for salinity in evolutionary ecology of Acacia.
► On a contemporary time scale, soil salinity plays a role in weed invasion in Australia.
► Ecological models need predictors to represent the drivers of distribution.
► Global maps of soil and groundwater chemistry, including salinity are needed.