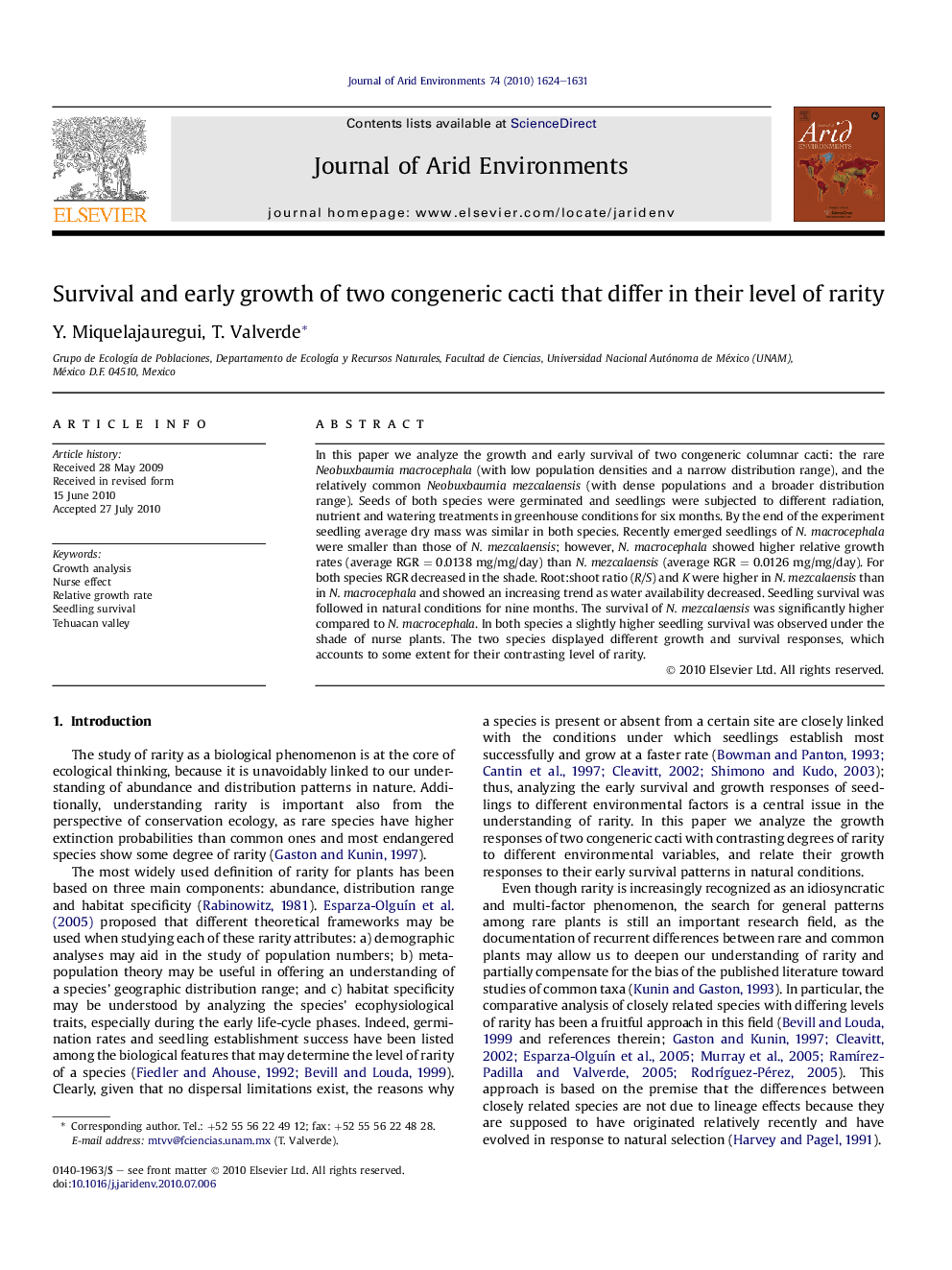 In this paper we analyze the growth and early survival of two congeneric columnar cacti: the rare Neobuxbaumia macrocephala (with low population densities and a narrow distribution range), and the relatively common Neobuxbaumia mezcalaensis (with dense populations and a broader distribution range). Seeds of both species were germinated and seedlings were subjected to different radiation, nutrient and watering treatments in greenhouse conditions for six months. By the end of the experiment seedling average dry mass was similar in both species. Recently emerged seedlings of N. macrocephala were smaller than those of N. mezcalaensis; however, N. macrocephala showed higher relative growth rates (average RGR = 0.0138 mg/mg/day) than N. mezcalaensis (average RGR = 0.0126 mg/mg/day). For both species RGR decreased in the shade. Root:shoot ratio (R/S) and K were higher in N. mezcalaensis than in N. macrocephala and showed an increasing trend as water availability decreased. Seedling survival was followed in natural conditions for nine months. The survival of N. mezcalaensis was significantly higher compared to N. macrocephala. In both species a slightly higher seedling survival was observed under the shade of nurse plants. The two species displayed different growth and survival responses, which accounts to some extent for their contrasting level of rarity.