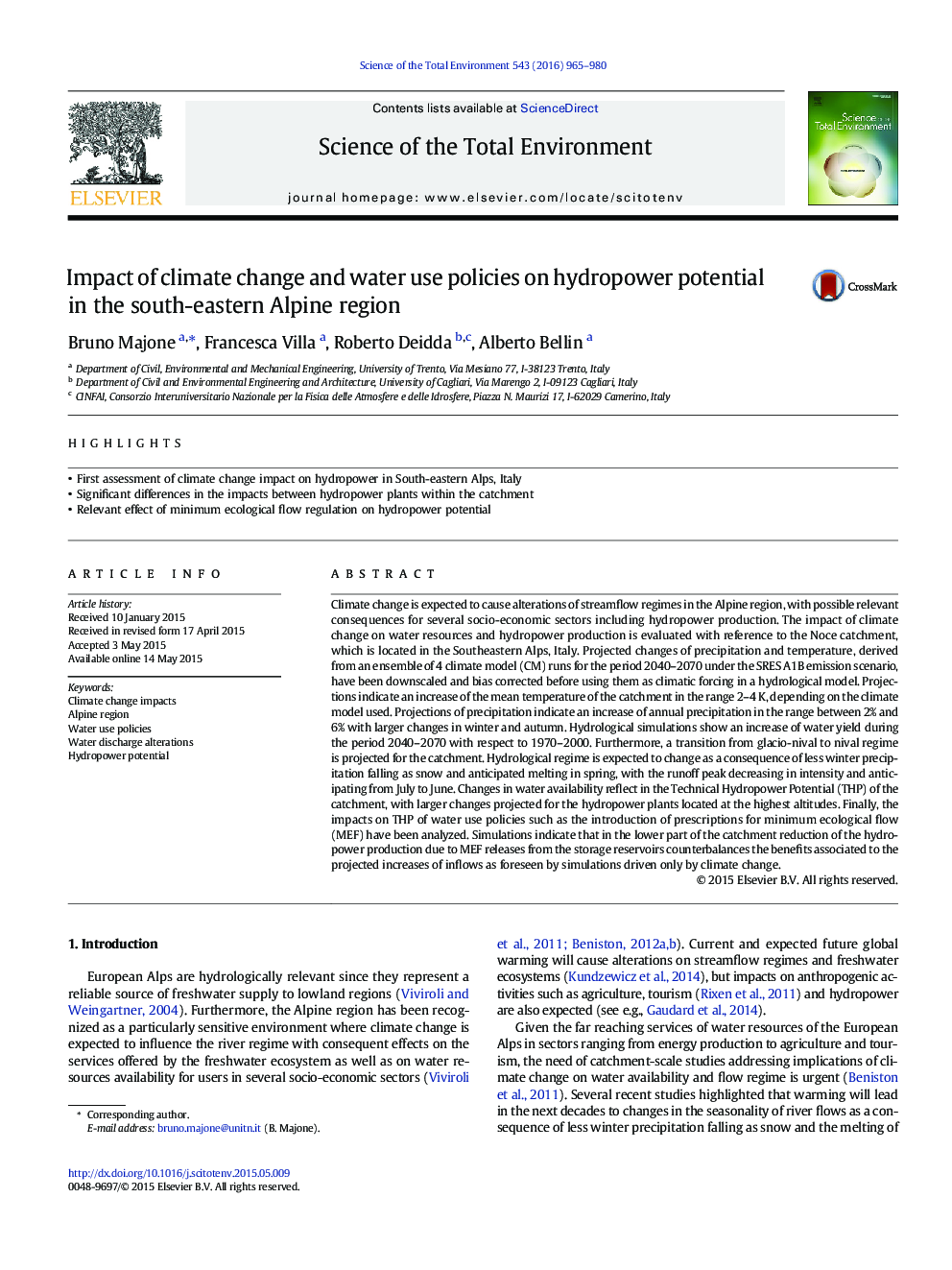 • First assessment of climate change impact on hydropower in South-eastern Alps, Italy
• Significant differences in the impacts between hydropower plants within the catchment
• Relevant effect of minimum ecological flow regulation on hydropower potential

Climate change is expected to cause alterations of streamflow regimes in the Alpine region, with possible relevant consequences for several socio-economic sectors including hydropower production. The impact of climate change on water resources and hydropower production is evaluated with reference to the Noce catchment, which is located in the Southeastern Alps, Italy. Projected changes of precipitation and temperature, derived from an ensemble of 4 climate model (CM) runs for the period 2040–2070 under the SRES A1B emission scenario, have been downscaled and bias corrected before using them as climatic forcing in a hydrological model. Projections indicate an increase of the mean temperature of the catchment in the range 2–4 K, depending on the climate model used. Projections of precipitation indicate an increase of annual precipitation in the range between 2% and 6% with larger changes in winter and autumn. Hydrological simulations show an increase of water yield during the period 2040–2070 with respect to 1970–2000. Furthermore, a transition from glacio-nival to nival regime is projected for the catchment. Hydrological regime is expected to change as a consequence of less winter precipitation falling as snow and anticipated melting in spring, with the runoff peak decreasing in intensity and anticipating from July to June. Changes in water availability reflect in the Technical Hydropower Potential (THP) of the catchment, with larger changes projected for the hydropower plants located at the highest altitudes. Finally, the impacts on THP of water use policies such as the introduction of prescriptions for minimum ecological flow (MEF) have been analyzed. Simulations indicate that in the lower part of the catchment reduction of the hydropower production due to MEF releases from the storage reservoirs counterbalances the benefits associated to the projected increases of inflows as foreseen by simulations driven only by climate change.