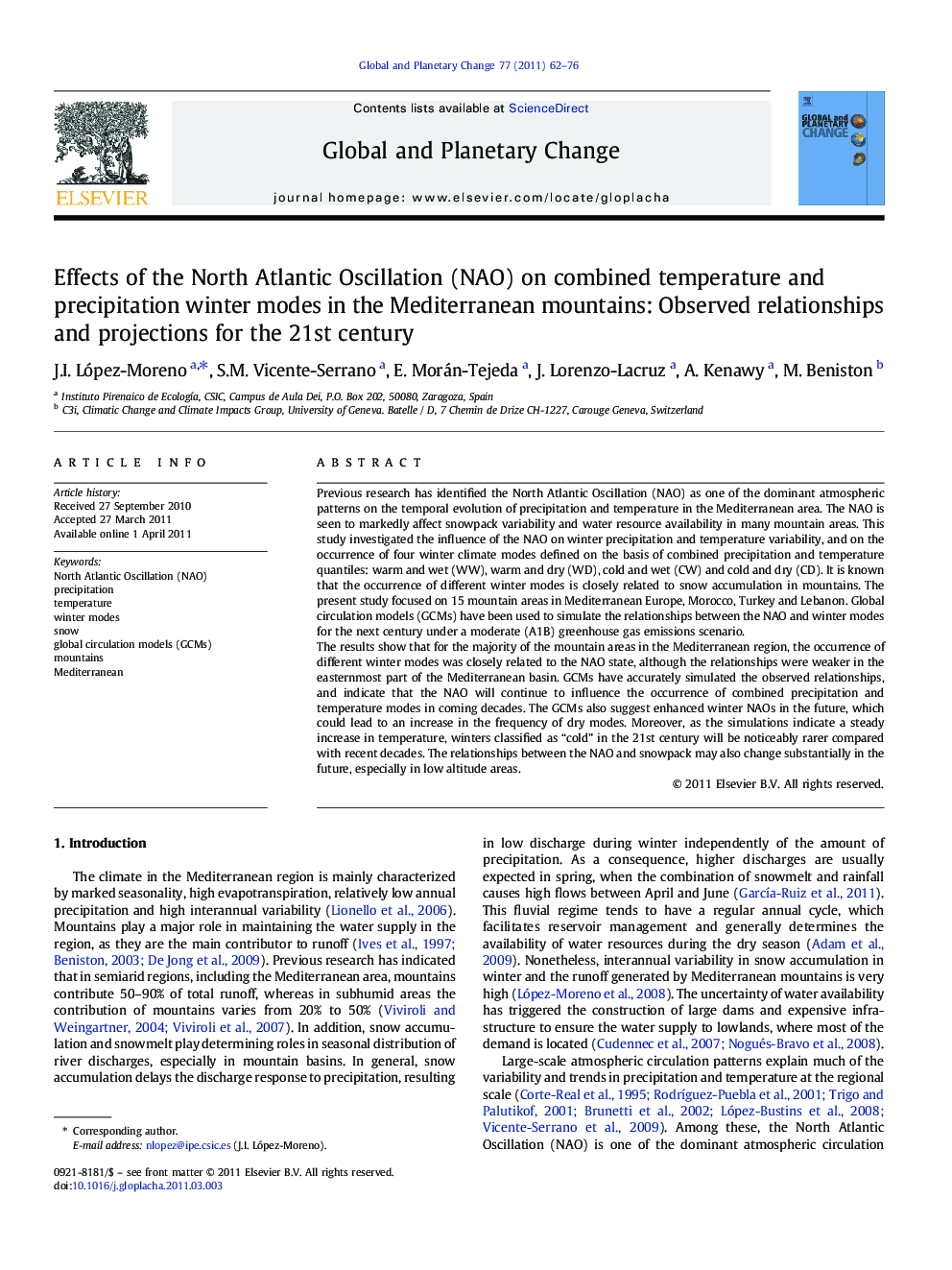 Previous research has identified the North Atlantic Oscillation (NAO) as one of the dominant atmospheric patterns on the temporal evolution of precipitation and temperature in the Mediterranean area. The NAO is seen to markedly affect snowpack variability and water resource availability in many mountain areas. This study investigated the influence of the NAO on winter precipitation and temperature variability, and on the occurrence of four winter climate modes defined on the basis of combined precipitation and temperature quantiles: warm and wet (WW), warm and dry (WD), cold and wet (CW) and cold and dry (CD). It is known that the occurrence of different winter modes is closely related to snow accumulation in mountains. The present study focused on 15 mountain areas in Mediterranean Europe, Morocco, Turkey and Lebanon. Global circulation models (GCMs) have been used to simulate the relationships between the NAO and winter modes for the next century under a moderate (A1B) greenhouse gas emissions scenario.The results show that for the majority of the mountain areas in the Mediterranean region, the occurrence of different winter modes was closely related to the NAO state, although the relationships were weaker in the easternmost part of the Mediterranean basin. GCMs have accurately simulated the observed relationships, and indicate that the NAO will continue to influence the occurrence of combined precipitation and temperature modes in coming decades. The GCMs also suggest enhanced winter NAOs in the future, which could lead to an increase in the frequency of dry modes. Moreover, as the simulations indicate a steady increase in temperature, winters classified as “cold” in the 21st century will be noticeably rarer compared with recent decades. The relationships between the NAO and snowpack may also change substantially in the future, especially in low altitude areas.