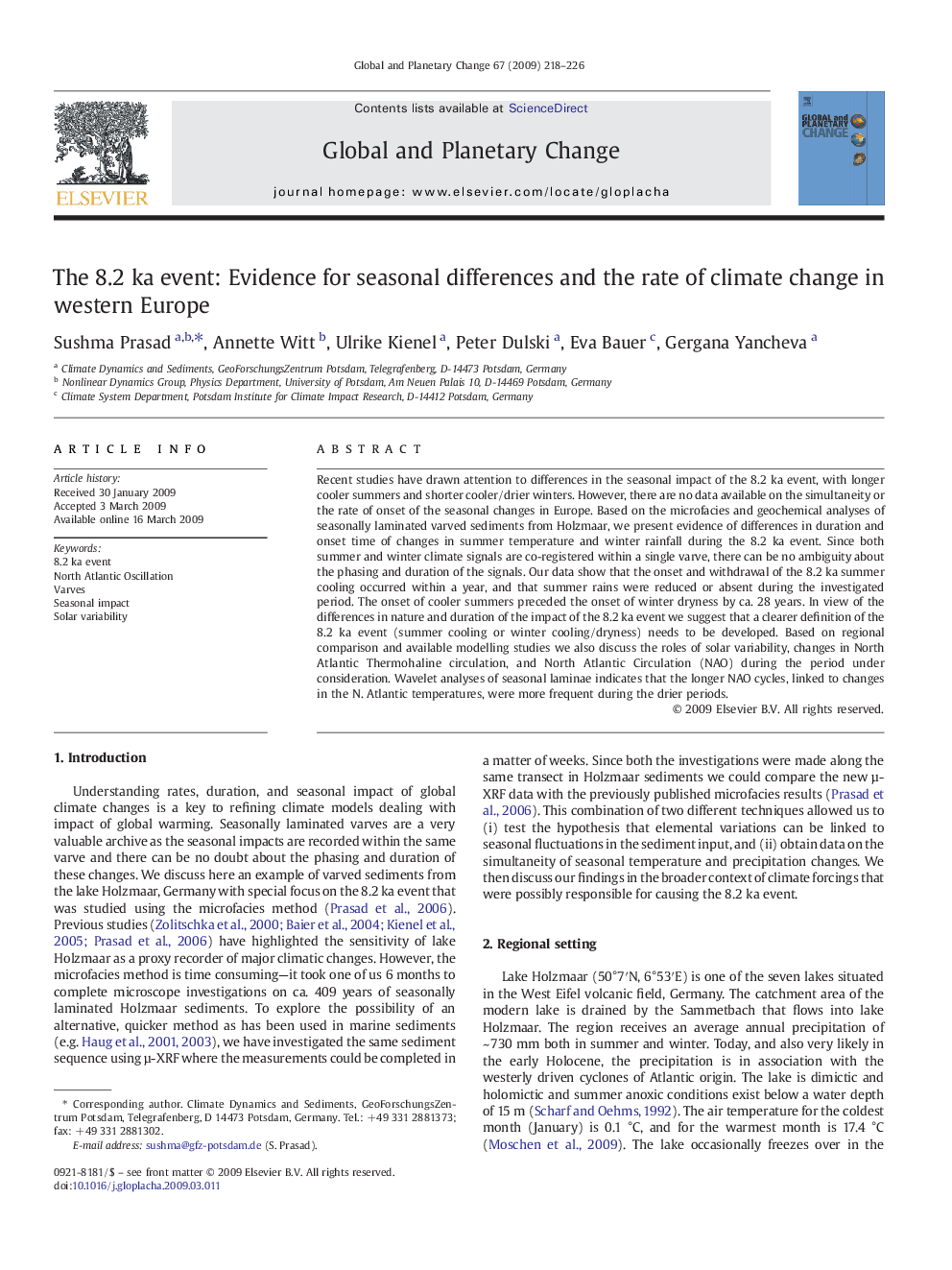 Recent studies have drawn attention to differences in the seasonal impact of the 8.2 ka event, with longer cooler summers and shorter cooler/drier winters. However, there are no data available on the simultaneity or the rate of onset of the seasonal changes in Europe. Based on the microfacies and geochemical analyses of seasonally laminated varved sediments from Holzmaar, we present evidence of differences in duration and onset time of changes in summer temperature and winter rainfall during the 8.2 ka event. Since both summer and winter climate signals are co-registered within a single varve, there can be no ambiguity about the phasing and duration of the signals. Our data show that the onset and withdrawal of the 8.2 ka summer cooling occurred within a year, and that summer rains were reduced or absent during the investigated period. The onset of cooler summers preceded the onset of winter dryness by ca. 28 years. In view of the differences in nature and duration of the impact of the 8.2 ka event we suggest that a clearer definition of the 8.2 ka event (summer cooling or winter cooling/dryness) needs to be developed. Based on regional comparison and available modelling studies we also discuss the roles of solar variability, changes in North Atlantic Thermohaline circulation, and North Atlantic Circulation (NAO) during the period under consideration. Wavelet analyses of seasonal laminae indicates that the longer NAO cycles, linked to changes in the N. Atlantic temperatures, were more frequent during the drier periods.