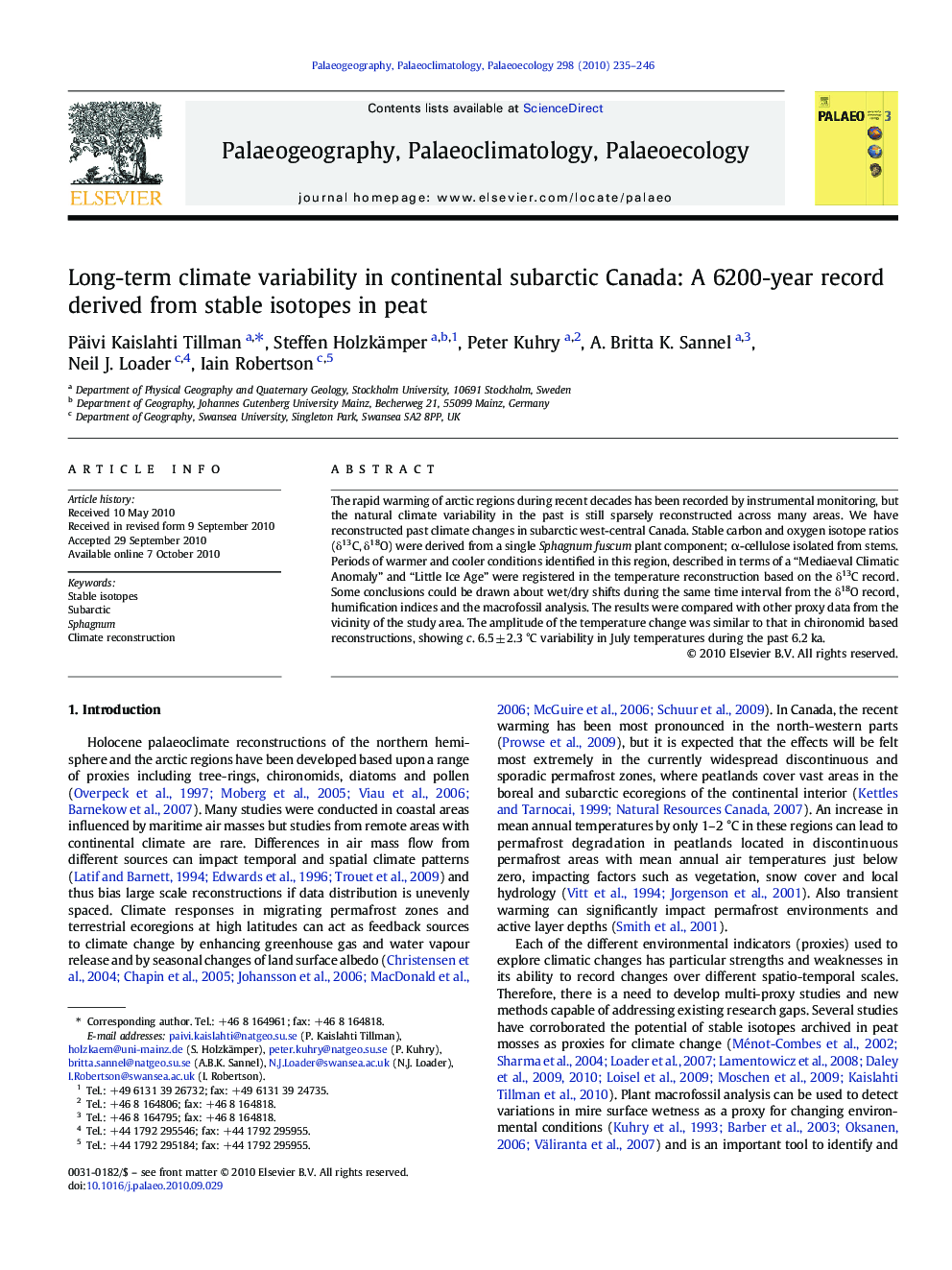 The rapid warming of arctic regions during recent decades has been recorded by instrumental monitoring, but the natural climate variability in the past is still sparsely reconstructed across many areas. We have reconstructed past climate changes in subarctic west-central Canada. Stable carbon and oxygen isotope ratios (δ13C, δ18O) were derived from a single Sphagnum fuscum plant component; α-cellulose isolated from stems. Periods of warmer and cooler conditions identified in this region, described in terms of a “Mediaeval Climatic Anomaly” and “Little Ice Age” were registered in the temperature reconstruction based on the δ13C record. Some conclusions could be drawn about wet/dry shifts during the same time interval from the δ18O record, humification indices and the macrofossil analysis. The results were compared with other proxy data from the vicinity of the study area. The amplitude of the temperature change was similar to that in chironomid based reconstructions, showing c. 6.5 ± 2.3 °C variability in July temperatures during the past 6.2 ka.