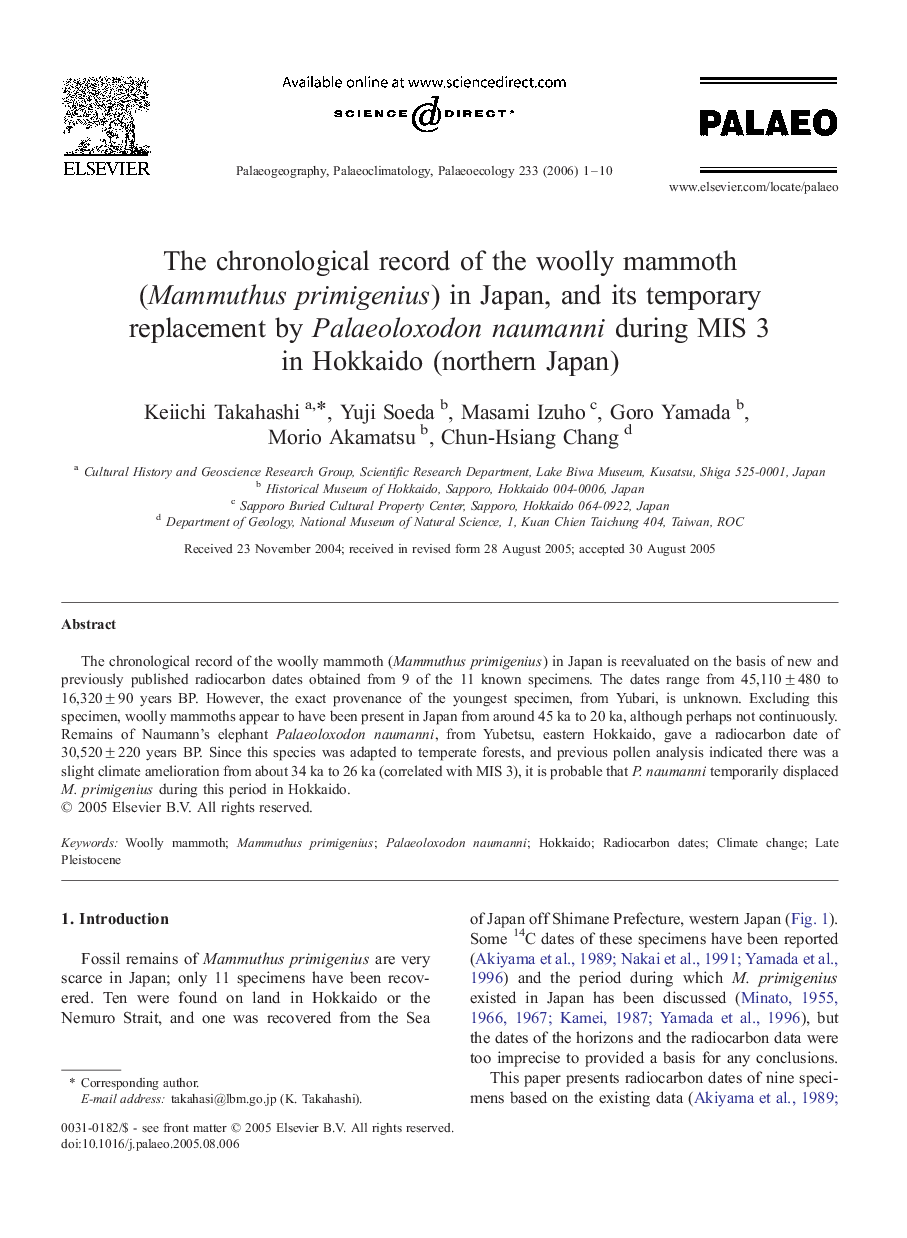 The chronological record of the woolly mammoth (Mammuthus primigenius) in Japan is reevaluated on the basis of new and previously published radiocarbon dates obtained from 9 of the 11 known specimens. The dates range from 45,110 ± 480 to 16,320 ± 90 years BP. However, the exact provenance of the youngest specimen, from Yubari, is unknown. Excluding this specimen, woolly mammoths appear to have been present in Japan from around 45 ka to 20 ka, although perhaps not continuously. Remains of Naumann's elephant Palaeoloxodon naumanni, from Yubetsu, eastern Hokkaido, gave a radiocarbon date of 30,520 ± 220 years BP. Since this species was adapted to temperate forests, and previous pollen analysis indicated there was a slight climate amelioration from about 34 ka to 26 ka (correlated with MIS 3), it is probable that P. naumanni temporarily displaced M. primigenius during this period in Hokkaido.