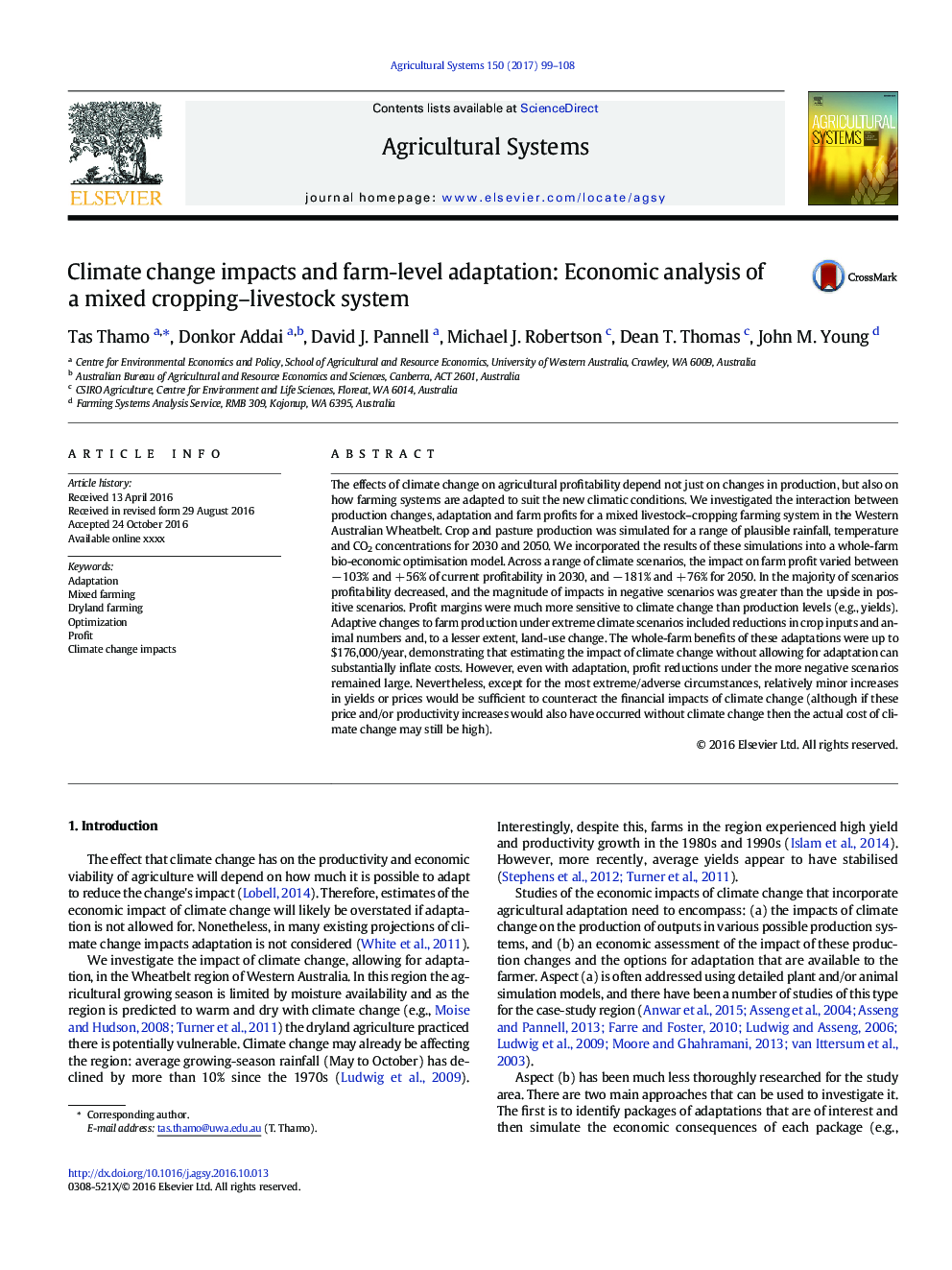 • Whole-farm analysis of climate change impacts on a mixed cropping–livestock system.
• Impacts varied. In general, potential losses are much greater than potential gains.
• Benefits of adaptation were substantial, but in adverse scenarios costs are still high.
• Not allowing for adaptation inflated the cost of climate change by 15–35%.
• Yield or price increases could offset much or all of the impact of climate change.

The effects of climate change on agricultural profitability depend not just on changes in production, but also on how farming systems are adapted to suit the new climatic conditions. We investigated the interaction between production changes, adaptation and farm profits for a mixed livestock–cropping farming system in the Western Australian Wheatbelt. Crop and pasture production was simulated for a range of plausible rainfall, temperature and CO2 concentrations for 2030 and 2050. We incorporated the results of these simulations into a whole-farm bio-economic optimisation model. Across a range of climate scenarios, the impact on farm profit varied between − 103% and + 56% of current profitability in 2030, and − 181% and + 76% for 2050. In the majority of scenarios profitability decreased, and the magnitude of impacts in negative scenarios was greater than the upside in positive scenarios. Profit margins were much more sensitive to climate change than production levels (e.g., yields). Adaptive changes to farm production under extreme climate scenarios included reductions in crop inputs and animal numbers and, to a lesser extent, land-use change. The whole-farm benefits of these adaptations were up to $176,000/year, demonstrating that estimating the impact of climate change without allowing for adaptation can substantially inflate costs. However, even with adaptation, profit reductions under the more negative scenarios remained large. Nevertheless, except for the most extreme/adverse circumstances, relatively minor increases in yields or prices would be sufficient to counteract the financial impacts of climate change (although if these price and/or productivity increases would also have occurred without climate change then the actual cost of climate change may still be high).