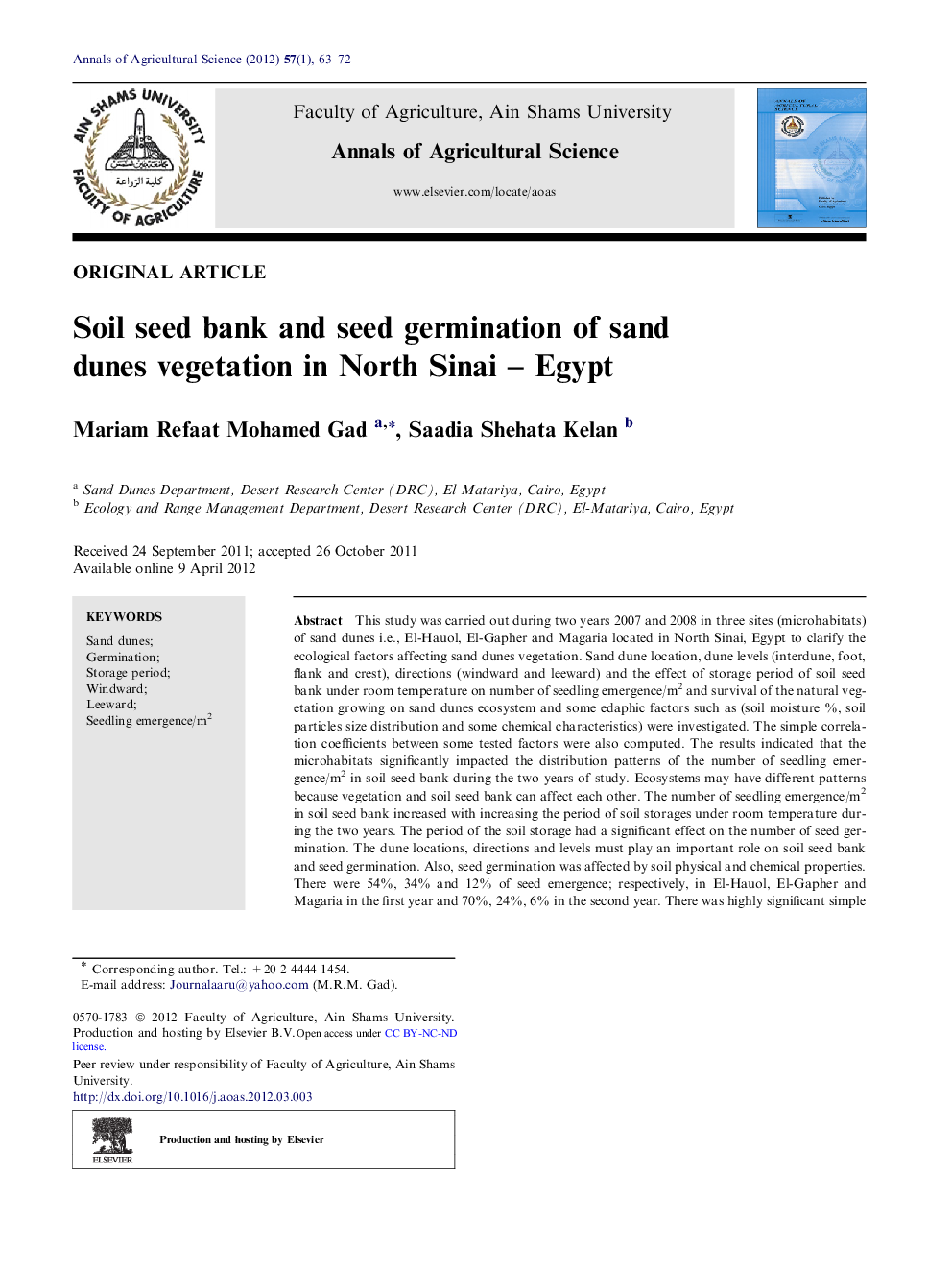 This study was carried out during two years 2007 and 2008 in three sites (microhabitats) of sand dunes i.e., El-Hauol, El-Gapher and Magaria located in North Sinai, Egypt to clarify the ecological factors affecting sand dunes vegetation. Sand dune location, dune levels (interdune, foot, flank and crest), directions (windward and leeward) and the effect of storage period of soil seed bank under room temperature on number of seedling emergence/m2 and survival of the natural vegetation growing on sand dunes ecosystem and some edaphic factors such as (soil moisture %, soil particles size distribution and some chemical characteristics) were investigated. The simple correlation coefficients between some tested factors were also computed. The results indicated that the microhabitats significantly impacted the distribution patterns of the number of seedling emergence/m2 in soil seed bank during the two years of study. Ecosystems may have different patterns because vegetation and soil seed bank can affect each other. The number of seedling emergence/m2 in soil seed bank increased with increasing the period of soil storages under room temperature during the two years. The period of the soil storage had a significant effect on the number of seed germination. The dune locations, directions and levels must play an important role on soil seed bank and seed germination. Also, seed germination was affected by soil physical and chemical properties. There were 54%, 34% and 12% of seed emergence; respectively, in El-Hauol, El-Gapher and Magaria in the first year and 70%, 24%, 6% in the second year. There was highly significant simple correlation coefficients and positive relationship between some edaphic factors and number of seedling emergence/m2 in soil seed bank.