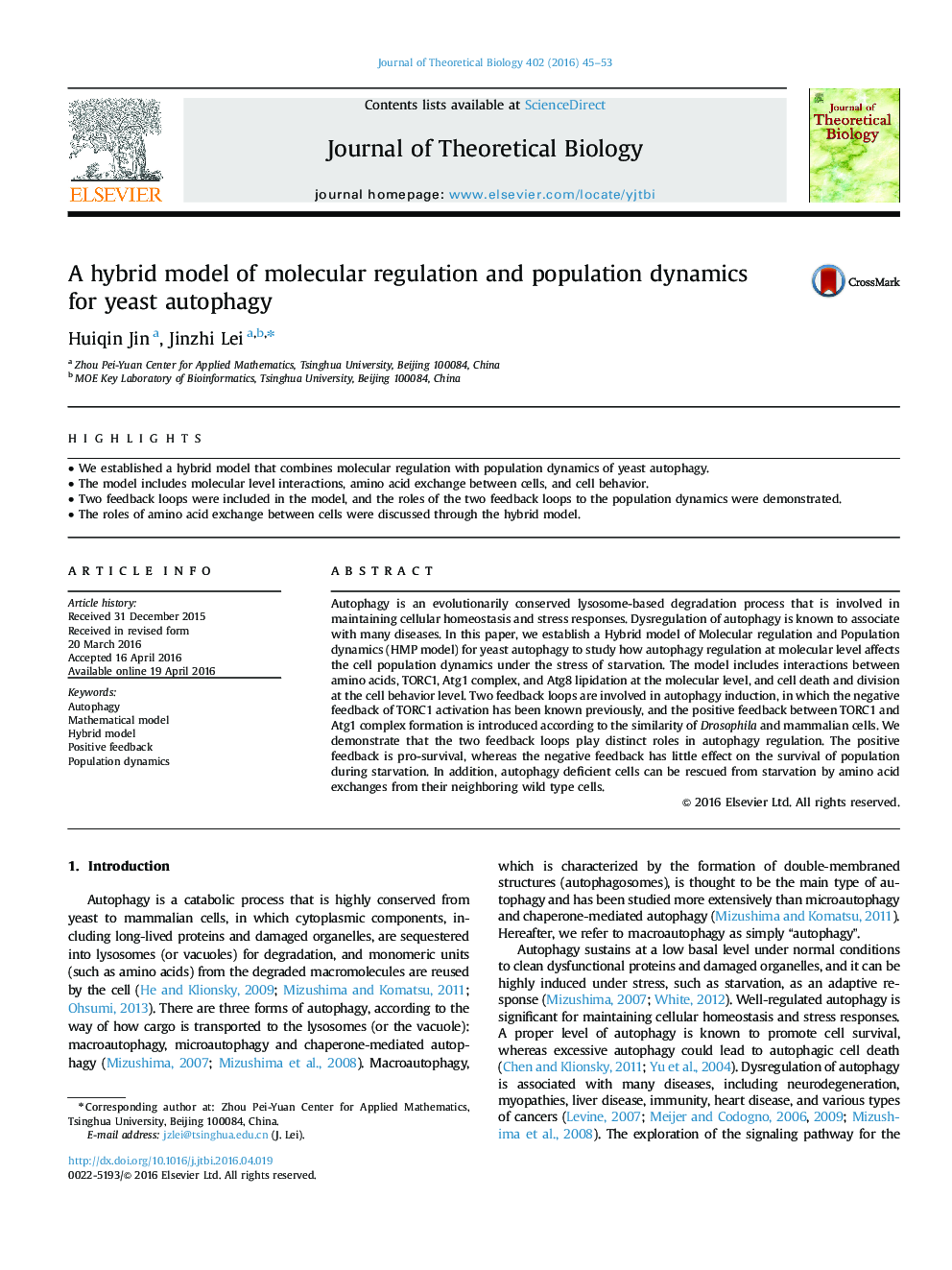 • We established a hybrid model that combines molecular regulation with population dynamics of yeast autophagy.
• The model includes molecular level interactions, amino acid exchange between cells, and cell behavior.
• Two feedback loops were included in the model, and the roles of the two feedback loops to the population dynamics were demonstrated.
• The roles of amino acid exchange between cells were discussed through the hybrid model.

Autophagy is an evolutionarily conserved lysosome-based degradation process that is involved in maintaining cellular homeostasis and stress responses. Dysregulation of autophagy is known to associate with many diseases. In this paper, we establish a Hybrid model of Molecular regulation and Population dynamics (HMP model) for yeast autophagy to study how autophagy regulation at molecular level affects the cell population dynamics under the stress of starvation. The model includes interactions between amino acids, TORC1, Atg1 complex, and Atg8 lipidation at the molecular level, and cell death and division at the cell behavior level. Two feedback loops are involved in autophagy induction, in which the negative feedback of TORC1 activation has been known previously, and the positive feedback between TORC1 and Atg1 complex formation is introduced according to the similarity of Drosophila and mammalian cells. We demonstrate that the two feedback loops play distinct roles in autophagy regulation. The positive feedback is pro-survival, whereas the negative feedback has little effect on the survival of population during starvation. In addition, autophagy deficient cells can be rescued from starvation by amino acid exchanges from their neighboring wild type cells.