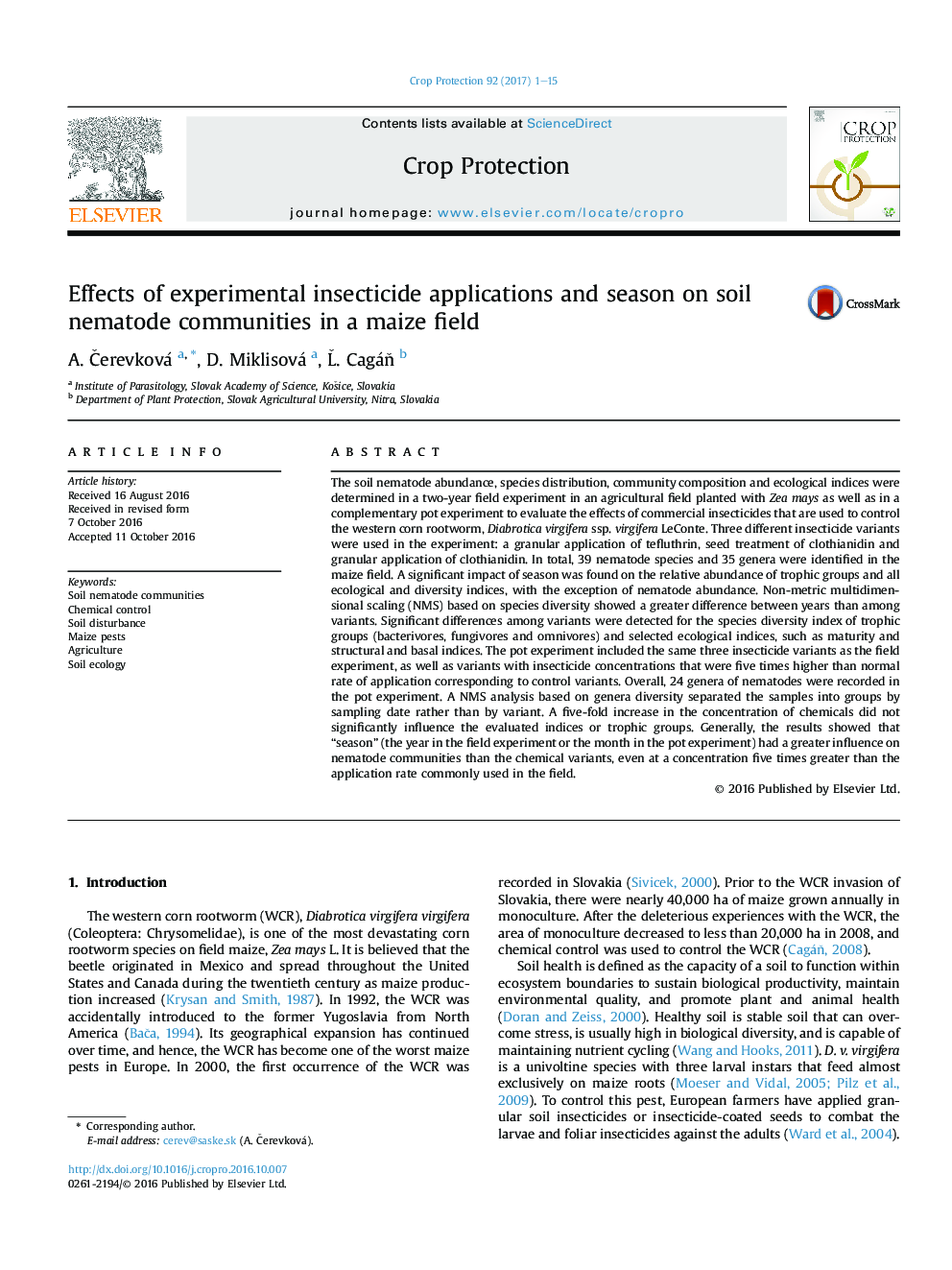 • Soil nematode communities appeared more sensitive to climatic conditions and sampling date than to the application of insecticides.

The soil nematode abundance, species distribution, community composition and ecological indices were determined in a two-year field experiment in an agricultural field planted with Zea mays as well as in a complementary pot experiment to evaluate the effects of commercial insecticides that are used to control the western corn rootworm, Diabrotica virgifera ssp. virgifera LeConte. Three different insecticide variants were used in the experiment: a granular application of tefluthrin, seed treatment of clothianidin and granular application of clothianidin. In total, 39 nematode species and 35 genera were identified in the maize field. A significant impact of season was found on the relative abundance of trophic groups and all ecological and diversity indices, with the exception of nematode abundance. Non-metric multidimensional scaling (NMS) based on species diversity showed a greater difference between years than among variants. Significant differences among variants were detected for the species diversity index of trophic groups (bacterivores, fungivores and omnivores) and selected ecological indices, such as maturity and structural and basal indices. The pot experiment included the same three insecticide variants as the field experiment, as well as variants with insecticide concentrations that were five times higher than normal rate of application corresponding to control variants. Overall, 24 genera of nematodes were recorded in the pot experiment. A NMS analysis based on genera diversity separated the samples into groups by sampling date rather than by variant. A five-fold increase in the concentration of chemicals did not significantly influence the evaluated indices or trophic groups. Generally, the results showed that “season” (the year in the field experiment or the month in the pot experiment) had a greater influence on nematode communities than the chemical variants, even at a concentration five times greater than the application rate commonly used in the field.