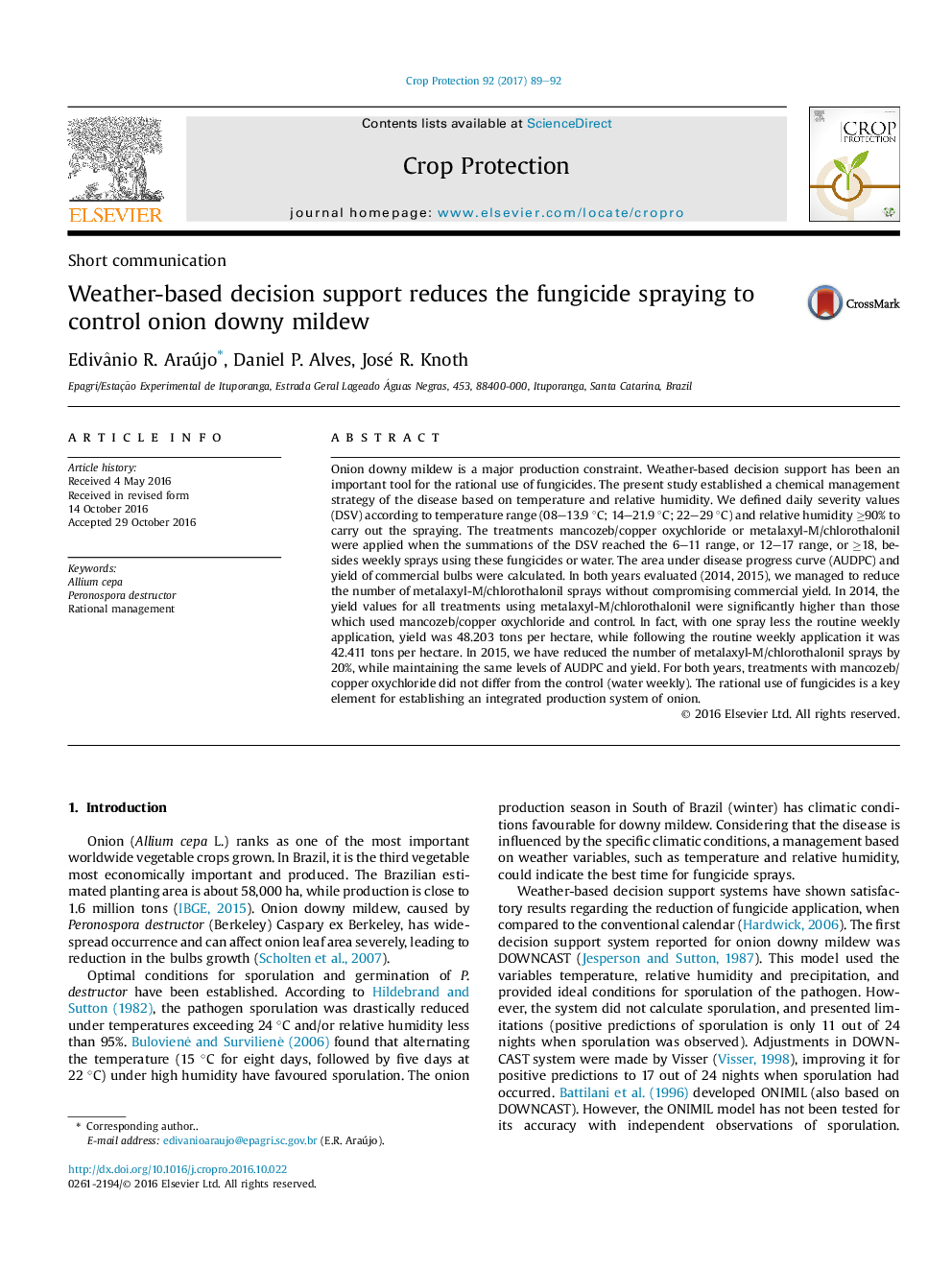 • A chemical management of onion downy mildew, based on temperature and relative humidity, is feasible.
• It was possible to keep yield and plant health reducing the fungicide use.
• For this decision support, systemic fungicides were efficient to control downy mildew.

Onion downy mildew is a major production constraint. Weather-based decision support has been an important tool for the rational use of fungicides. The present study established a chemical management strategy of the disease based on temperature and relative humidity. We defined daily severity values (DSV) according to temperature range (08–13.9 °C; 14–21.9 °C; 22–29 °C) and relative humidity ≥90% to carry out the spraying. The treatments mancozeb/copper oxychloride or metalaxyl-M/chlorothalonil were applied when the summations of the DSV reached the 6–11 range, or 12–17 range, or ≥18, besides weekly sprays using these fungicides or water. The area under disease progress curve (AUDPC) and yield of commercial bulbs were calculated. In both years evaluated (2014, 2015), we managed to reduce the number of metalaxyl-M/chlorothalonil sprays without compromising commercial yield. In 2014, the yield values for all treatments using metalaxyl-M/chlorothalonil were significantly higher than those which used mancozeb/copper oxychloride and control. In fact, with one spray less the routine weekly application, yield was 48.203 tons per hectare, while following the routine weekly application it was 42.411 tons per hectare. In 2015, we have reduced the number of metalaxyl-M/chlorothalonil sprays by 20%, while maintaining the same levels of AUDPC and yield. For both years, treatments with mancozeb/copper oxychloride did not differ from the control (water weekly). The rational use of fungicides is a key element for establishing an integrated production system of onion.